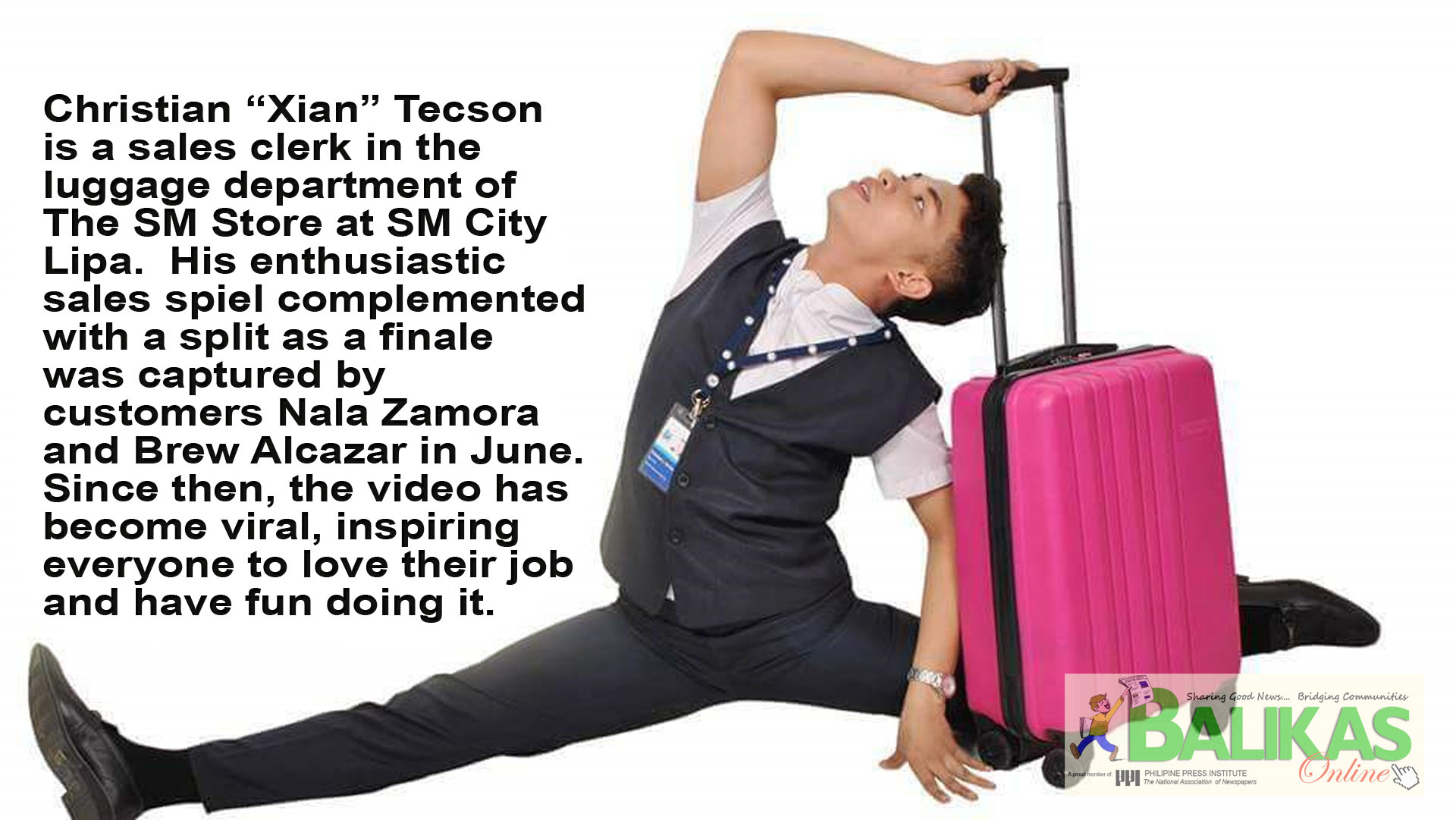 Christian “Xian” Tecson the sales clerk from SM City Lipa was awarded by the People Management Association of the Philippines for his video that went viral since June this year.  His award is the Video that Inspired People (VIP) Award and was handed to him last November 28, 2018 at the Harbor Garden Tent in Sofitel Philippine Plaza in Pasay City during the PMAP Makatao Awards Night.

According to its website, the People Management Association of the Philippines (PMAP) is a professional, non-stock, not-for-profit organization of over 1,800 member companies and individual management executives engaged or interested in Human Resource Management (HRM) and Industrial Relations (IR) work.

Founded more than 59 years ago, PMAP continues the tradition of its forefathers in advancing the profession of Human Resource Management.  Every year, PMAP organizes the PMAP Makatao Awards which recognizes media outlets, programs and personalities who have been tantamount in telling stories about people management.

This year a special citation was given to Tecson for his enthusiastic sales spiel which was captured by two SM customers – Nala Zamora and Brew Alcazar.  It was uploaded on Facebook last June and had already reached as of this time more than 4 million views.

According to Esquire Philippines, “Tecson was genuinely talented, and he was genuinely charming. He was neither self-conscious nor falsely self-deprecating; he truly seemed like he just wanted to show off this wonderful piece of luggage, and enjoyed every second of it. When the customer made an off-color joke, he blithely shrugged it off like a pro.”

While doing splits and dancing is not part SM’s professional training, Tecson, in his acceptance speech, intimated that SM has given him confidence by developing his sales and communication skills.