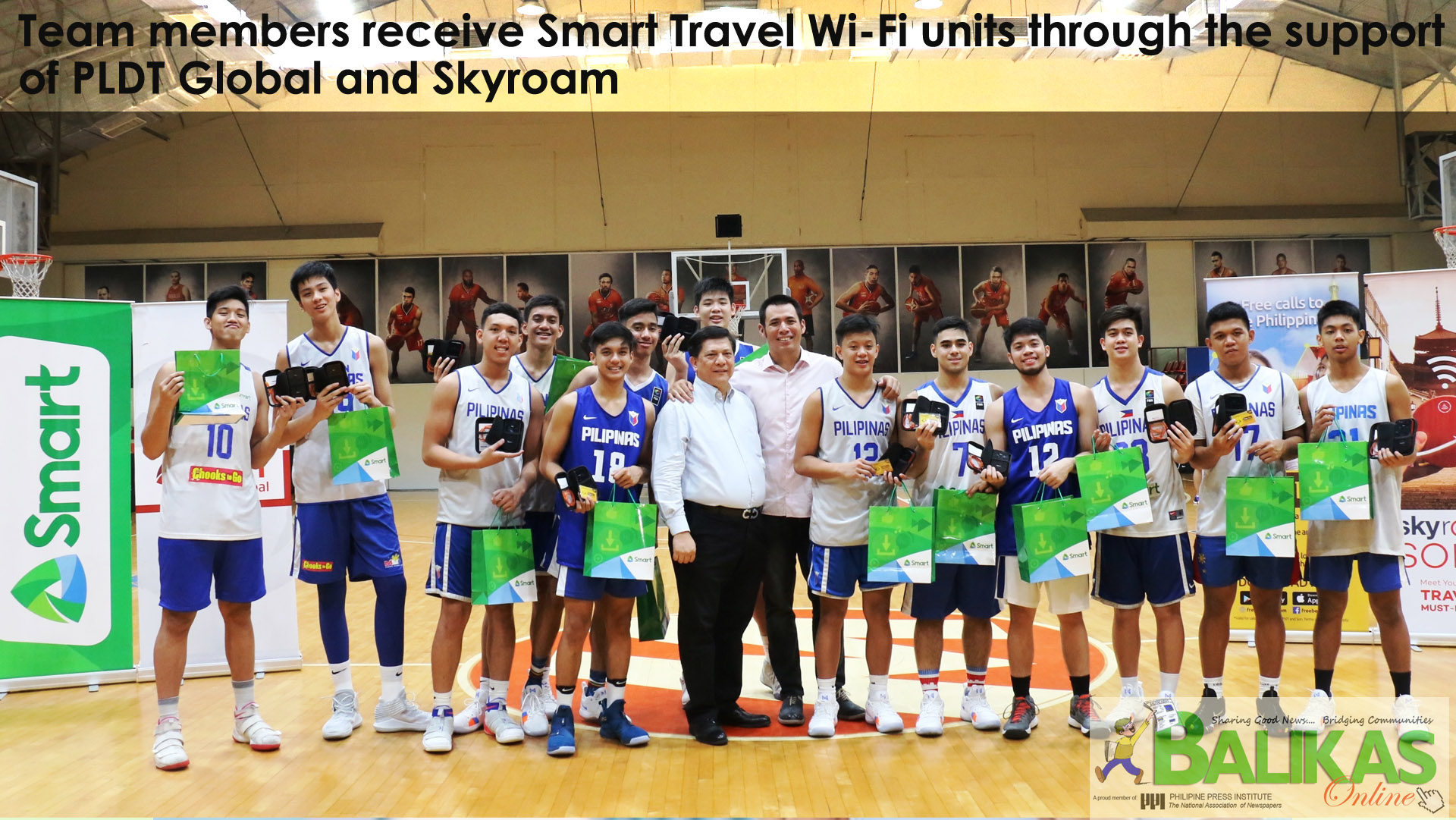 THE Philippines’ Batang Gilas will leave this week to compete at the Fiba U17 Basketball World Cup, which will be held in Argentina from June 30 to July 8. But the team members will have no problem keeping in touch with their families and fans back in the Philippines thanks to Smart Travel Wi-Fi units that were turned over to them by PLDT wireless subsidiary Smart Communications.

Powered by Skyroam Technology Company, a global Wi-Fi provider, the Smart Travel Wi-Fi units are just part of the strong support that Smart has provided the campaign of Batang Gilas to do well at the Under-17 World Cup of Fiba.

“We have a strong contender with our current U17 lineup. With their smarts, speed, hard work, and teamwork, we are confident they will do well in this tough competition,” said PLDT and Smart president and CEO Manuel V. Pangilinan, who is also the Samahang Basketbol ng Pilipinas chairman emeritus.

Batang Gilas punched their ticket to the Fiba U17 World Cup by placing fourth at the Under-16 Asian Championship in China last April.

The Philippine team faces a tough challenge, having been placed in Group D together with European powerhouses France and Croatia, as well as host Argentina. Batang Gilas will face Croatia on June 30, France on July 1, and Argentina on July 3. The top two in each group will advance to the knockout playoffs.

The last time the Philippines qualified at the U17 World Cup was back in 2014.

Smart World Travel Wi-Fi is a wireless modem or pocket Wi-Fi that connects any Wi-Fi enabled device—smartphones, laptops and tablets—to the internet. It is plug and play, meaning it does not require installation, cables or software. With partners in over 100 countries, Smart Travel Wi-Fi enables travelers to save on data roaming fees and enjoy convenient, fast, and secure internet connection wherever they are abroad.

Smart has been a staunch supporter since 2008 of the Gilas Pilipinas national basketball team program, which is managed by SBP.

Smart’s support for the national basketball team is in line with its advocacy of promoting sports development as part of nation-building.