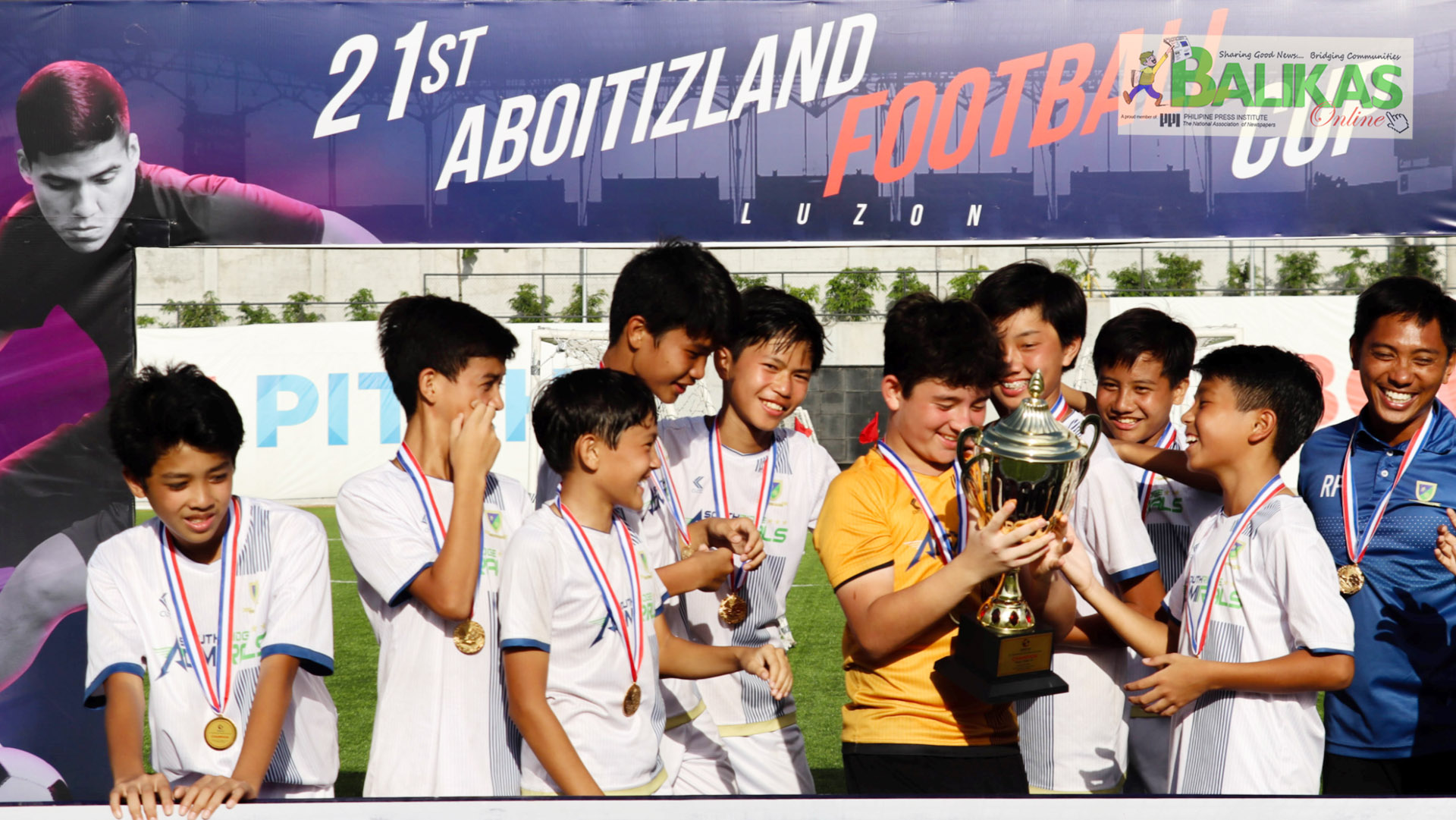 LIPA City – CALAMBA Puppies, Tanauan FC and Southridge fielded two teams each to raise their chances of winning the Boys Under-13 category of the 21 st AboitizLand Football Cup-Luzon. Cuenca FC, Ceres Negros, Punta Fuego Balaytigue, Nicolites Montessori School, Santiago Payapa, Stallion Academy and SPC United completed the thirteen-team field which battled it out at the Aboitiz Pitch inside The Outlets at Lima Estate in Batangas.

The teams were divided into two groups. Group A was topped by Tanauan FC Team B with four wins, one draw and one loss. Southridge B came in second with three victories. Punta Fuego only won one match, but they qualified into the quarterfinals thanks to five draws. Ceres Negros FC also squeezed into the next round.

In the quarterfinals, both of Tanauan FC teams emerged victorious. Tanauan FC A had a convincing 4-0 victory against Punta Fuego Balaytigue. Meanwhile, Tanauan FC B trounced Stallion Academy, 2-0. Southridge Team A booked a place in the semi-finals by defeating Ceres Negros FC, 2-0. They were not joined by Southridge B, as the team bowed down against SPC United.

The two Tanauan teams battled it out in the semis and Team A booked a place in the final after winning 1-0. Southridge Team A made short work out of SPC United by defeating them 4-0.

Tanauan FC B left little doubt as to who should get the third-place trophy after they clobbered SPC United, 5-0. The battle for the top spot was more hotly contested. The final match ended with a goalless draw between Southridge A and Tanauan FC-A. The penalty shootout was a complete nail biter. Southridge Team A’s goalkeeper, Enrique Jalandoni, earned his finals MVP medal after he helped secure a 3-2 victory in the shootout.

The next festival day will be held on November 30, 2019 and will feature the Boys Under 23 category (born 1996 or after). The AboitizLand Football Cup will be held Saturdays and Sundays until December.| – BNN