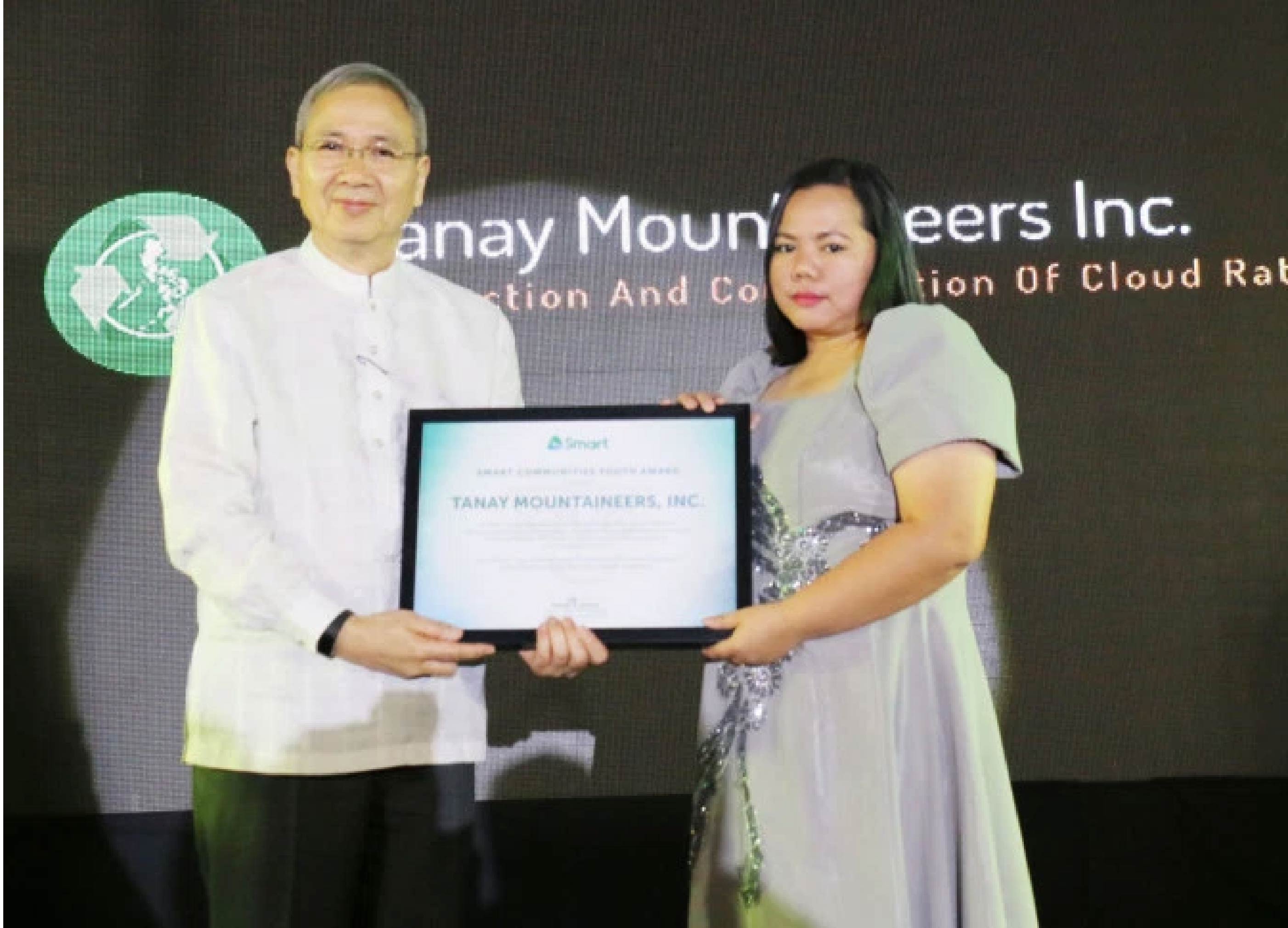 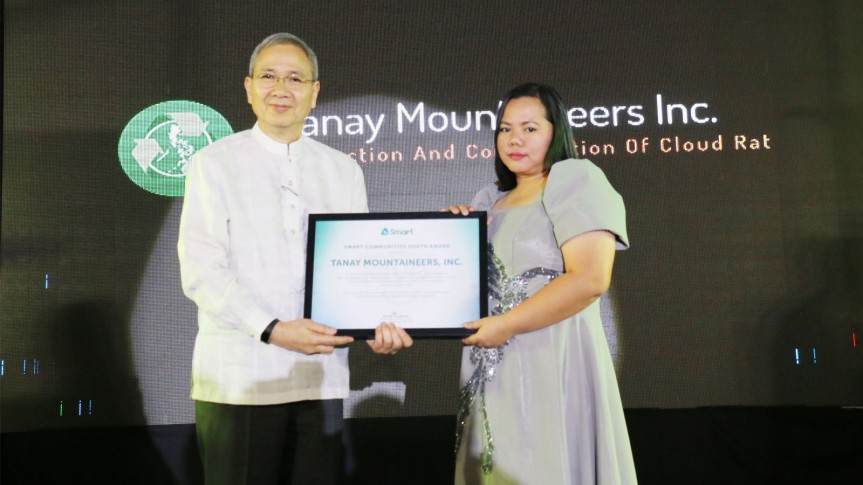 The Tanay Mountaineers was given the Smart Communities Youth Award for its efforts to protect the cloud rat which is endemic to the Philippines. The group worked with the local government to pass a resolution making the cloud rat the flagship species of the town. The Tanay Mountaineers also encouraged the production of souvenir items featuring the animal to raise awareness on the need to protect it.

Its efforts helped achieve four things – the protection of its hometown’s biodiversity, the promotion of the municipality as a tourist destination, the generation of additional revenue streams for the community, and the education of residents on the importance of biodiversity protection.

Before presenting the award and a cash prize to the Tanay Mountaineers, Smart Public Affairs Head Mon Isberto (left) said that like Smart, the group has forged strong partnerships with government and community stakeholders in pursuit of its goal.

The Tanay Mountaineers was one of ten organizations cited at the TAYO Awards ceremony, which was organized by the TAYO Awards Foundation, Inc. in partnership with the National Youth Commission and the Office of Senator Bam Aquino. The awards program recognizes and supports the outstanding contributions of youth organizations in the country. – PR|#BALIKAS_News