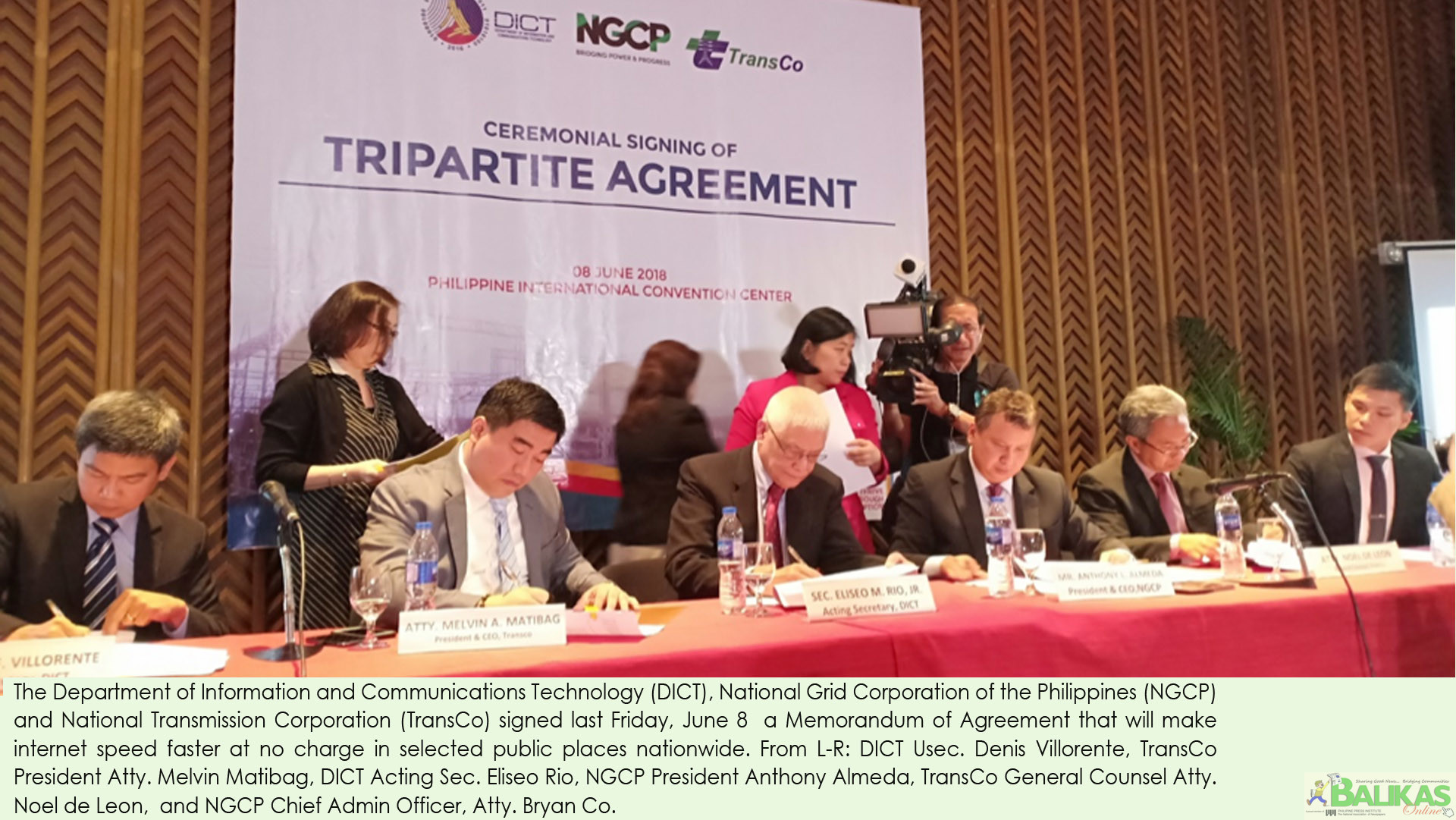 THE National Transmission Corporation (TransCo) said that fast and free internet is in sight following the signing of the Memorandum of Agreement among DICT, NGCP and TransCo on the National Broadband Project.

TransCo President Atty. Melvin Matibag the country is well on the road to accomplishing the promise of President Duterte in his first State of the Nation Address (SONA) to give fast internet speed at no charge in selected public places including parks, plazas, public libraries, schools, government offices, hospitals, train stations, airports and seaports nationwide.

“This is major milestone.  We are very happy that this MOA was finally signed.  This will also help hasten the processing of licenses, permits, clearances and other government issuances nationwide,” Matibag added.

“DOST started this project seven years ago, which was continued by DICT following its creation in 2016.  Secretary Rio had been tirelessly pushing for this agreement, fixing things, overcoming obstacles.”

President Matibag gave special thanks to NGCP President Anthony Almeda for allowing the free use of the dark fiber in the transmission lines for the use of government.

“I am happy that despite our differences, NGCP and TransCo, as the concessionaire and the owner of the transmission facilities, have partnered to deliver this gift to the Filipino people.  This is a fine example of government and the private sector joining hands to spur progress and development in the countryside.”

Finally, Matibag said all this would not have happened if not for the leadership and political will of President Rodrigo Duterte.  “Our president created the environment to make this happen.”|#BALIKAS_News