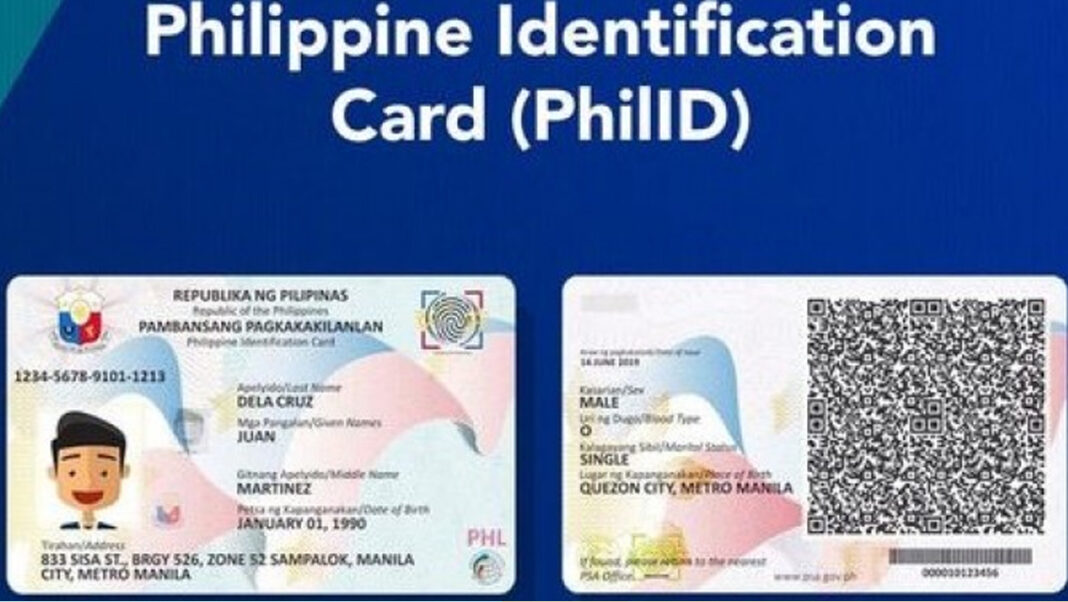 CITING the importance of a national identification system for the faster and more efficient delivery of basic services to the people especially during emergency situations, presidential bet Ferdinand ‘Bongbong’ Marcos Jr. is however calling on the government to ensure that the public be provided ample protection against identity theft and other forms of cybercrimes.

This developed as Marcos clarified that he strongly supports the Philippine Identification System Act (PhilSys) signed by President Rodrigo Duterte on August 6, 2018.

He said that if all government-issued IDs such as SSS, Postal ID, GSIS, driver’s license, PhiHealth and others can be unified, it will speed up transactions in all public and private offices.

Marcos said he first saw the importance of National ID in the distribution of aid under the government’s Social Amelioration Program (SAP) during the pandemic, during which delays and confusions could have been avoided had the system was already in place.

He noted that since it has only been more than a year since the application for the National ID had started, a huge segment of the population is yet to avail of the same.

However, Marcos expressed concern over reports that the National ID card lacks all necessary security features that would prevent criminal elements from stealing the holder’s important and sensitive personal data.

This, even after one of BBM staff discovered that the QR Code on the back of the National ID card can be read by anyone or any mobile phone.

Marcos is aware that the production of such an ID card is still in progress, but its specification must include the guarantee that no one will be able to obtain the personal information of the citizens.

Instead of a QR code, he said, it would be better to have RFID and ensure that only proper authorities have access to it.

Marcos is concerned that the national ID could trigger a spike in cases of identity theft due to insufficient security system.

Identity theft or identity fraud is a type of crime in which an impostor steals, imitates or copies an individual’s personally identifiable information such as SSS ID or other government IDs.

This stolen information can be used to forge credit cards, purchase and borrow items using an assumed identity.

It is also possible for an innocent individual to be involved in a crime he/she did not commit if the cybercriminal will deliberately use stolen information to mislead the authorities.