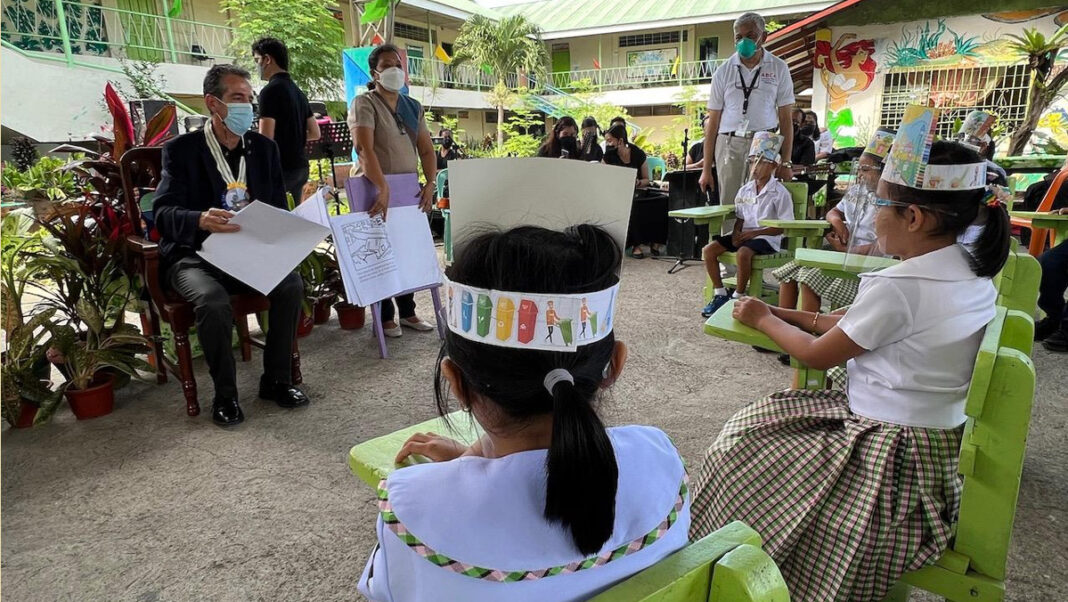 P4WatER is a four-year watershed conservation project in partnership with Coca-Cola Foundation Philippines Inc. and the Multisectoral Alliance for Development-Negros that works to rehabilitate watershed areas and provide sustainable livelihood to rice and sugar farmers.  USAID has also supported the Negros Occidental provincial government in developing its first water security plan.

“When we protect forests, watersheds, and water resources, we also protect communities from climate risks, and more importantly, we provide them with the means to recover and rebuild their lives from the negative impacts of climate change,” said Mission Director Washburn.

USAID, through its flagship ABC+: Advancing Basic Education in the Philippines project, also launched the Beginning Reading Program, a technology-based learning program that uses low-cost electronic tablets called Learn Kernels to help children in Kindergarten to Grade 3 learn to read.  In partnership with the Department of Education (DepEd) and American company Learn Kernel Corp., USAID turned over 300 Learn Kernels preloaded with USAID-developed early grade reading materials in various mother tongue languages.  These electronic tablets, which can be used without Wi-Fi, will help children access education, regardless of their location and connectivity.

“Reading is a fundamental tool for thinking and learning, which has an integrated and cumulative effect on comprehension in all subject areas,” said Mission Director Washburn.  “The goal of this program is to ensure that no child is left behind in learning.”