Vaccination program now on trial after an enoculated evacuee gets Covid 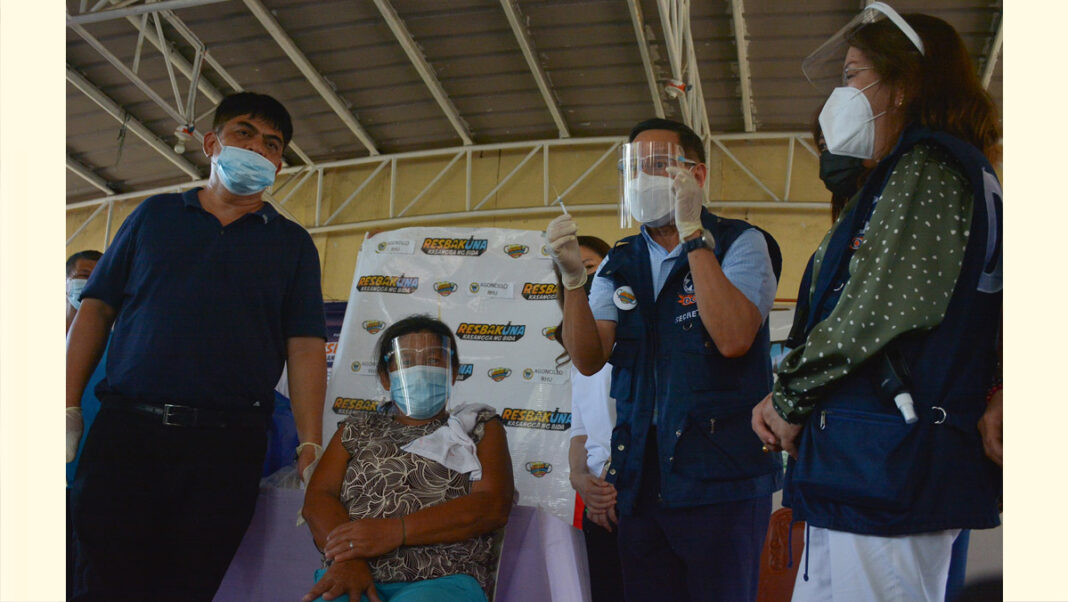 AGONCILLO, Batangas – IT would be a big challenge for the Department of Health and to the National Immunization Program to win more Filipinos to be enoculated after another case of vaccinated person even infected with corona virus in Batangas over the weekend.

The Rural Health Unit (RHU) of Agoncillo has confirmed that the 51-year old woman evacuee from Barangay Banyaga who was tested positive for CoVid-19 is the same person that Health secretary Francisco Duque III has vaccinated when he visited the evacuation center a week ago. Secretary Duque III led the roll-out of vaccination at the evacuation center in Agoncillo last July 5.

Dr. Richard Landicho, Municipal Health Officer, said the victim was traced to the evacuees who were tested using antigen testing kits but was never confirmed using RT-PCR test as she was already in isolation. But contact tracing has been done to all her contacts and all of them turn negative in antigen test.

Vaccination acceptancy remains at a very low elevel in far flung areas and even in urban communities due to reports of still getting infected of CoVid-19 even after completing the two doses of corona antivac.

“Parang lalo akong natatakot magpaturok ngayon at nadami na pala ang nagkaka-Covid kahit nabakunahan na.. (I am getting more afraid now of getting vaccinted as there are more enoculated that are geeting infevted of tue virus after vaccination),” Lola Jacinta told BALIKAS News in an interview.

Lola Imelda Laroza of Brgy. Gulod, in Laurel town, also in Batangas said that she would take more precautions by herself instead of getting vaccinated for fear of side effects and being infected of the deadly virus.

Meanwhile, the Department of Health keeps n explaining that getting vaccinated in not a guarantee of total immunity from the virus, but it guarantees that those who got the complete doses will have their immune system boosted and when get infected, it would only be like a common flu only instead of a critical or severe case.|-BNN