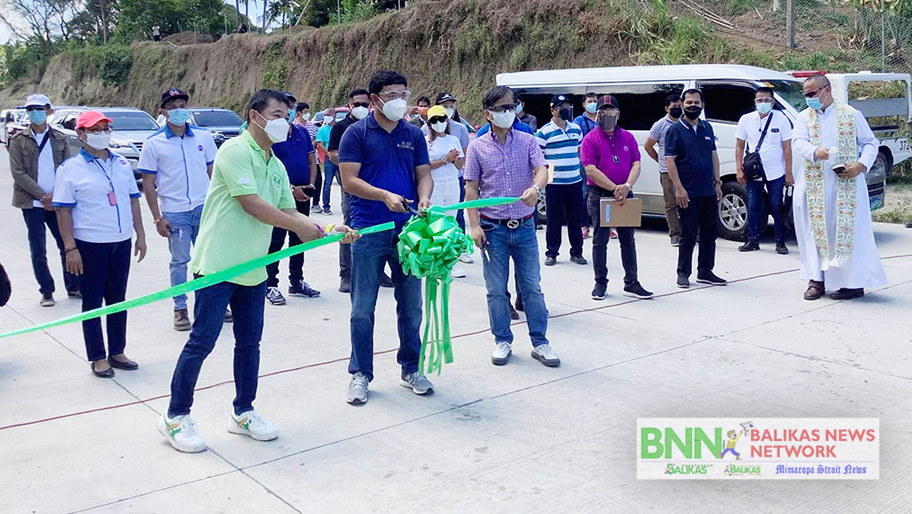 The 10-kilometer diversion road the old national highway in Barangay Balagtas and traverses westward to Barangay Banaba, Bayanan, laurel and Palsahigin in San Pascual town towards northwest to Manghinao in  Bauan town.

“We are looking forward that our motoring public will utilize this new road network which will hasten economic activities in this area,” Villar said.

Travel period of approximately two hours from Batangas City to Bauan will now be cut to only 10 to 15 minutes, a relatively friendly development compared to the situation some few years back.

“In the past, it has been the problem of both the commuting public and truckers transporting goods to and from this area, spending so many hours in the road causing so much delays in attending classes, in workplaces and in other transactions… but today, you can see the effect of building new road network,” Congressman Raneo E. Abu said.

The diversion road is a 4-lane road network of 10.88 kilometers with six (6) concrete bridges with a total of 380 linear meters. Villar inaugurated the project in July 2017.

The whole road network will have a total cost of P1,927.31 million. A sum of P312 million is appropriated this year, while another P447 million will complete the project by December 2022.

Before going back to Manila, Villar also inspected the other high-impact infrastructure projects in the CALABARZON area.| – BNN