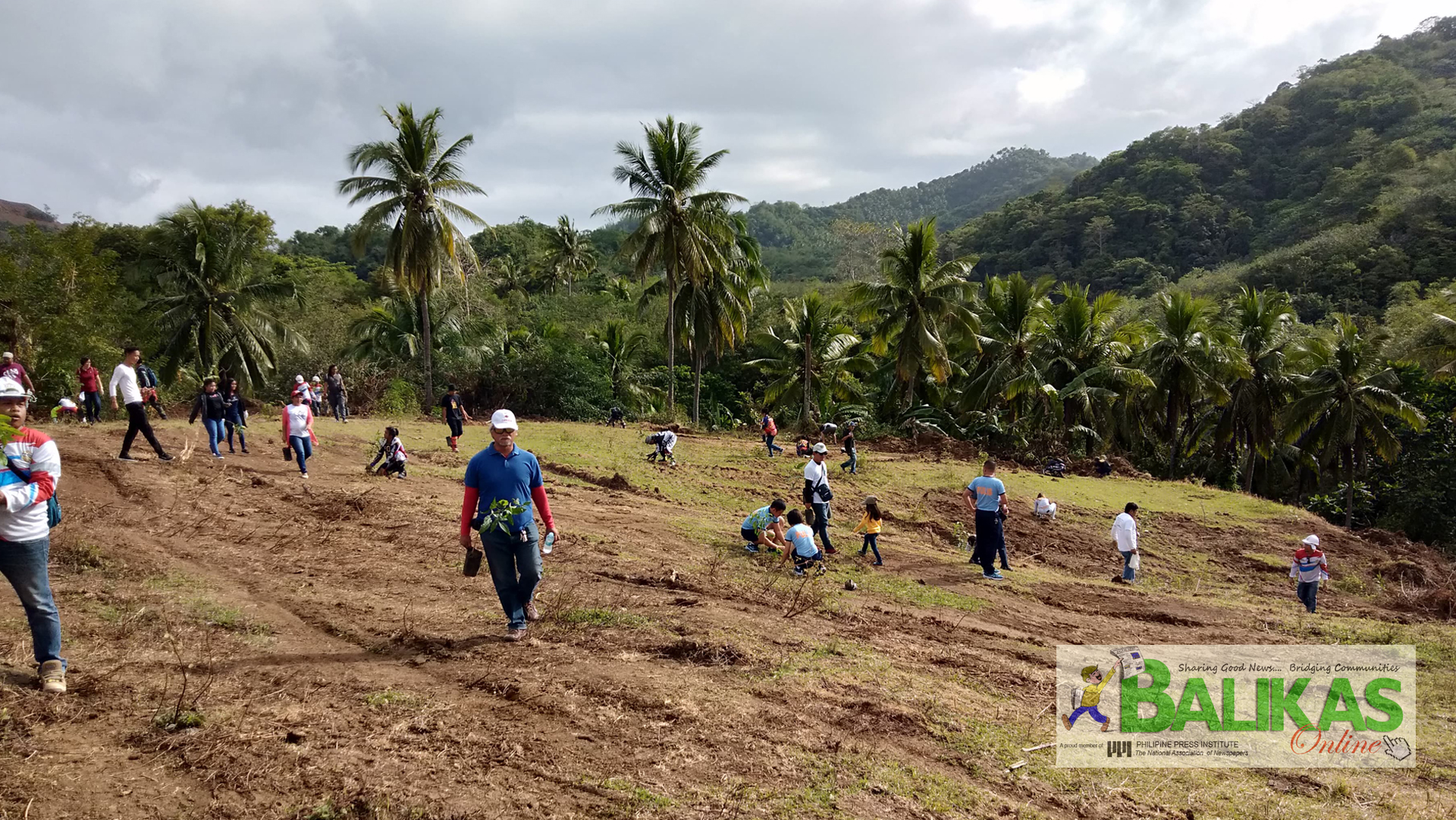 WHILE most of the people are glued to their television monitors or jampacking most of the city or municipal gymnasiums or even barangay halls for free viewing of the Pacman-Broner Boxing Fight, around a hundred volunteers braved the rolling terrains and trooped the mountainous part of Barangay Piña in Taysan town and planted more than 600 trees of different species.

The varying groups of volunteers include big bikers, workers and different quarry operators in Taysan, members of the Philippine National Police and members of the media.

“While all quarry operators are mandated by the Department of Environment and Natural Resources (DENR) to do a reforestation project, our group has come together and created a Multi-Partite Monitoring Team (MMT) where we have apportioned a certain amount to be used for various Social Development Programs of the MMT,” she continued.

The municipality of Taysan is home to many quarry operations, being one of the few towns with rich deposits of limestone used in the production of cement, and aggregates being supplied to countless infrastructure projects under the government’s Build, Build, Build program.

In November 2017, government regulating agencies have been very critical of the quarrying operations in Taysan after the National Bureau of Investigation (NBI) raided an illegal quarry operation in barangay Sto. Niño.

“But we have all the necessary permits and certificates issued by the government agencies concerned,” Montevil Trading president Hernando Villena said. His company owns around 300 hectares of lands sprawling the rugged terrains of barangays San Marcelino and Piña.

“However, of these wide quarrable area, the quarrying operations are now concentrated in only 20 hectares which are covered by four (4) separate Environmental Compliance Certificates (ECCs) issued by the Mines and Geo-sciences Bureau (MGB) of the DENR,” Villena-Gelston clarified.

She also said that his father has declared that the eight (8) hectares in barangay Piña which area is bounded by rivers and streams be reserved for reforestation.

Section 43 of the Republic Act No. 7942 otherwise known as Philippine Mining Act provides that applications for the issuance of quarrying permit may be filed with the Office of the Provincial Governor or a line agency under his direction. However, in large-scale quarry operations involving cement raw materials, marble, granite, sand and gravel and construction aggregates, a qualified person and the government may enter into a mineral agreement as defined herein.  The applications for permits for those operations covering more than five (5) hectares have to be filed with the Mines and Geo-Sciences Bureau (MGB) of the DENR.

It was also learned that four separate operators are commissioned by Montevil Trading to operate the quarry in specific areas like the Torreverde Corp. of the Lopez group and Prime Rock Phil., Inc., among others.

The whole operation of the four (4) quarry operations are producing no less than 400 truckloads of aggregates, boulders and other quarry products.|#BALIKAS_News