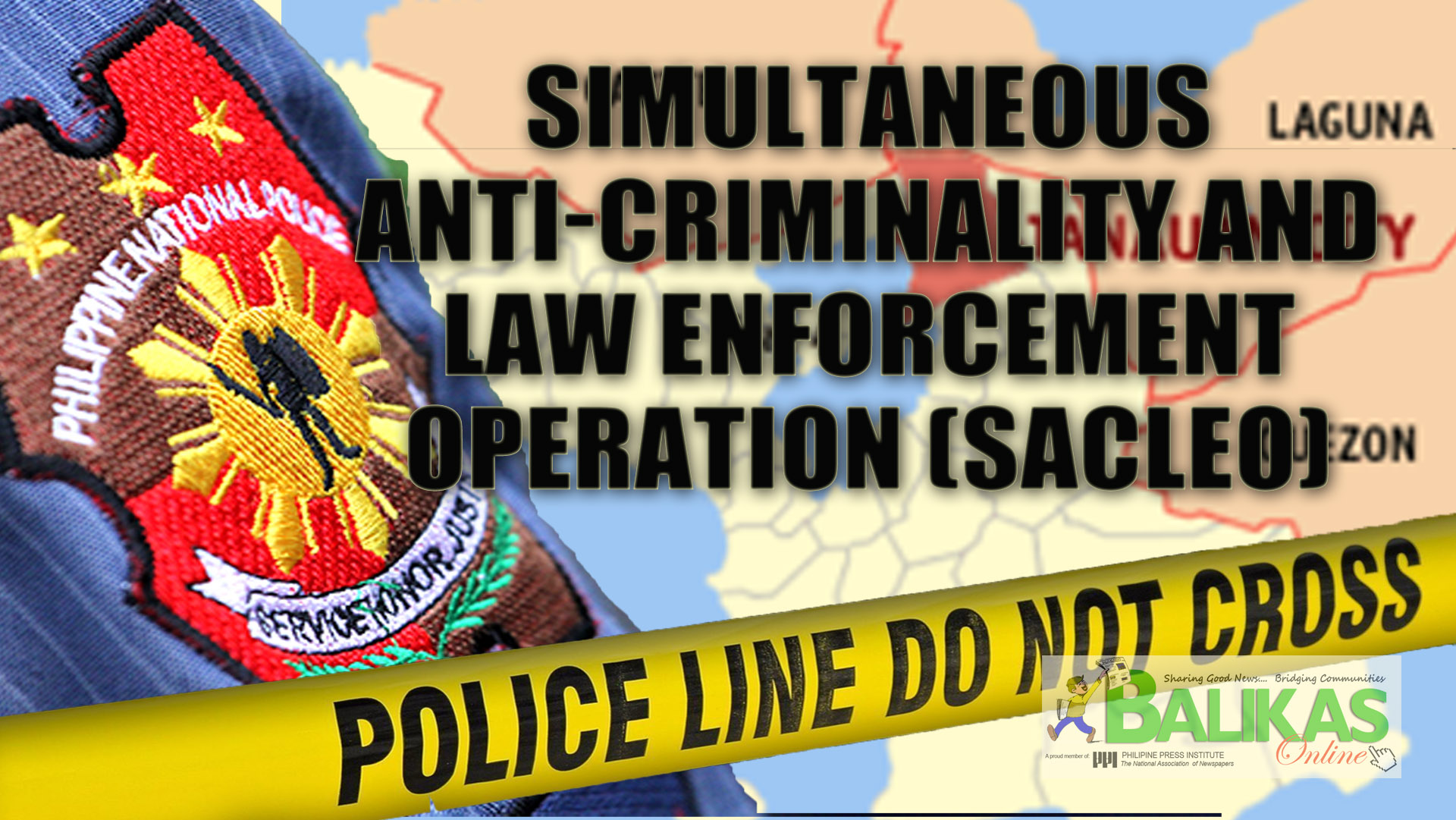 CAMP MIGUEL MALVAR, Batangas City – AT least 142  personalities were neutralized and their criminal activities were put to stop in a weeklong series of anti-criminality and law enforcement operations (SACLEO) of the local police force in the province of Batangas.

On the next two days, two (2) more members of a local drug group were neutralized too. On January 24, Francisco Bagui Astilla @Joker       of Brgy. Matabungkay, Lian, Batangas and a member of Warren Drug Group fell in the fold of the law. On the day after, his leader identified as Warren Adoptante Maddumba of Brgy. Bagong Pook, also of Lian town followed suit.

Completing the list on the week’s operations are three (3) more suspects in Batangas City. Rodel Dayo de Sagun Jr. and a certain Aran Val Novorra, both of Brgy. Sta. Clara were neutralized. The duo were found to be members of the defunct Recca Criminal Group whose leader and other members died in previous armed encounter with the law enforcers.

Capping the list was Manolito Malibiran Lacsamana @ Pogi of Brgy. Wawa, also of Batangas City and a member of the infamous Mallorca Drug Group.|#BALIKAS_News