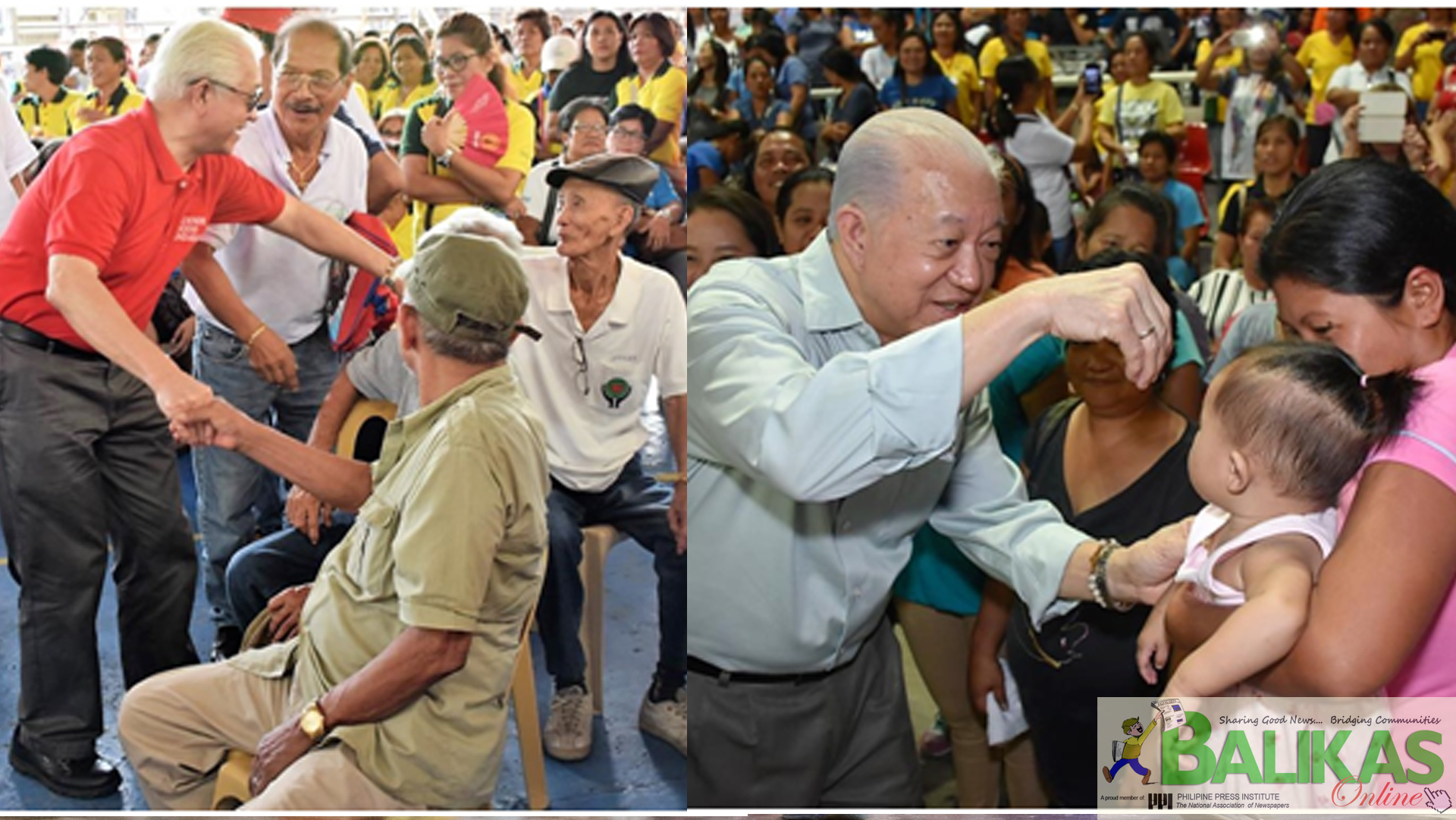 Ipinaglaban ng Batangueño. Pakinabang ng bawat Filipino.  With the budget increase that all local government units in the country are set to receive with the IRA Petition’s Supreme Court win, more projects for basic services that focus on Education, Agriculture, Health, Livelihood and Social Welfare, among others, (including those for barangay volunteers and senior citizens) can be undertaken soon thanks to the initiative of Gov. Dodo Mandanas, who took up the cudgels for all LGUs in the struggle for a fair share from national taxes.|Capitol Photo

THE proposed ₱3.75 Trillion National Budget for 2019 should be amended to implement the July 3, 2018 Supreme Court (SC) decision on the automatic release of the Internal Revenue Allotment (IRA), according  to  its  lead  petitioner, Governor Hermilando I. Mandanas  of  the Province of Batangas.

Governor Mandanas claimed that in implementing the SC decision, the IRA of the provinces,   cities, municipalities, and barangays for 2019 should be increased by approximately ₱200 Billion. Based on the SC decision, the collections of the Bureau of Customs (BOC), including tariffs, customs duties, value-added taxes (VAT), documentary stamp taxes (DST), and excise taxes should be included in the IRA computation, which was not done by the Department of Budget and Management (DBM) in computing for the 2019 IRA.

The  SC  also  confirmed  that  the  Local  Government  Units  (LGUs)  –  Provinces,  Cities, Municipalities, and Barangays – have not been receiving what they should have legally received from 1992 up to the present.

“The total accumulated differential has already reached approximately ₱1.5 Trillion. The collections of the BOC of the national taxes were not included in the 1992 up to the present computation of IRA”, Mandanas said.

The reimbursement of the back IRA has to be made, in consultation with the LGUs and the Development & Budget Coordination Committee (DBCC). DBCC is composed of the DBM, the Department of Finance (DOF), National Economic and Development Authority (NEDA), Office of the President (OP), and Bangko Sentral ng Pilipinas (BSP).

As lead petitioner, Gov. Mandanas saw three possible ways on how the National Government can implement the SC decision. The national government can borrow money, recast the National Budget, or do a combination of both.

Mandanas is advocating the second option, recasting the 2019 National Budget, wherein there will be no change in the total amount, there will be no need to borrow, and, at the same time, fully implement the existing laws on Local Autonomy.

In his letter to Budget secretary Benjamin Diokno, Mandanas stated that,  “…this can even improve the credit rating of the Philippines, and definitely without “damaging” the National Government.” Briefly,  the basic services like Agriculture, Health, Social Welfare, and others, which have been devolved to the LGUs per the Local Government Code, can now be funded by the National Government, through increasing the IRA and correspondingly reducing the appropriation of involved National Line Agencies that still handle the funds of devolved basic services.

This IRA mandate will enable the LGUs to acquire, with their own funds, their own CCTVs, ambulances, medicines, CT scans, MRIs, health centers, evacuation centers, barangay halls, farm-to-market roads, bridges, and many others, without having to request funding from the National Government so as to execute and implement these devolved basic services.

Governor Mandanas believes that this approach will promote efficient, economical, and expedient   governance. “This is the start of true Federalism,” said Gov. Mandanas. “Strengthening the local autonomy is the essential element of true Federalism”.|Katrin Buted