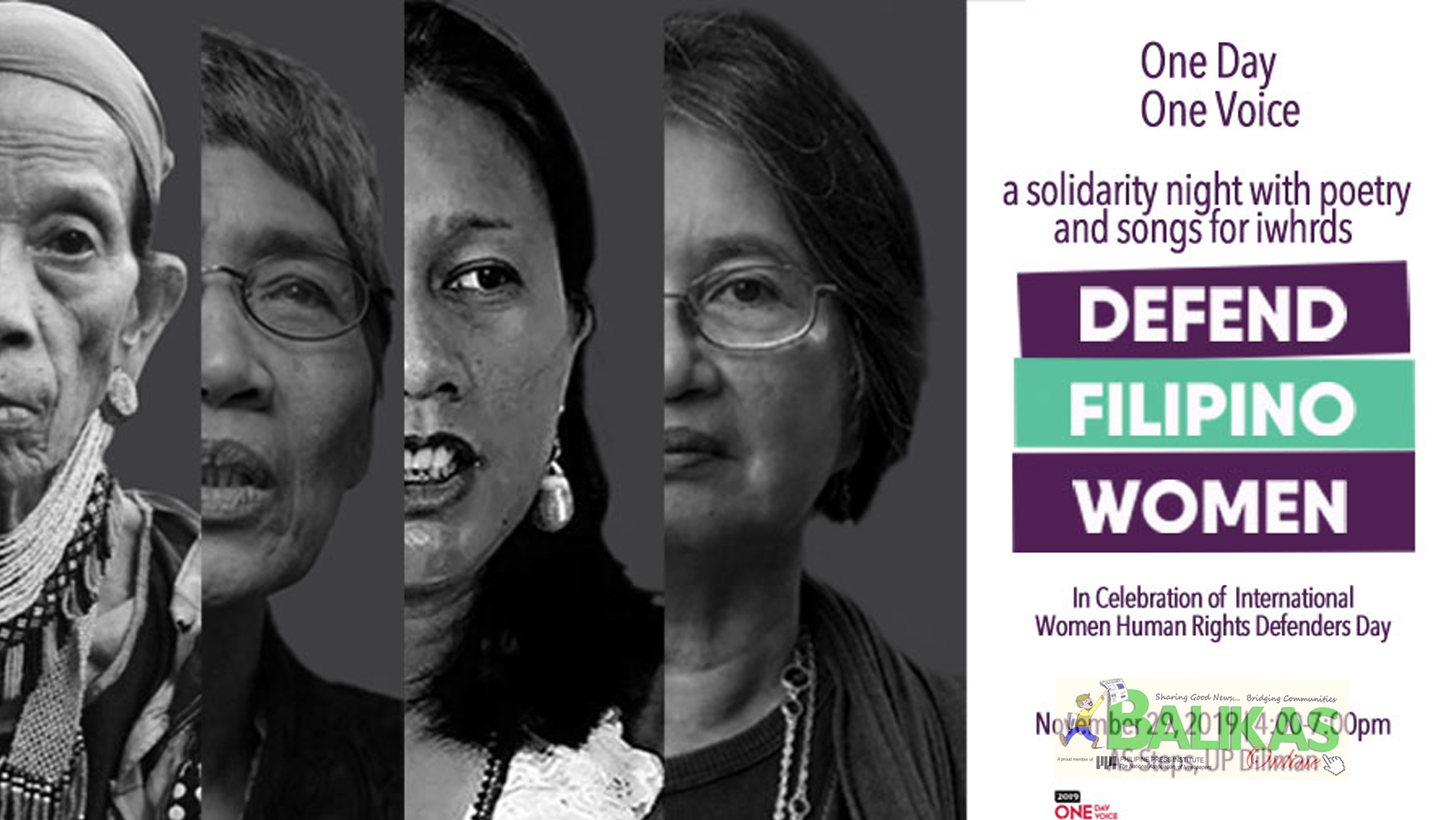 THE Center for Women’s Resources partakes in annual global crusade to condemn violations against women activists.

Philippines, 27 November 2019: 60. They are not just numbers. They are women human rights defenders incarcerated in the Philippines slapped with trumped up charges. And their numbers are growing.

In this light, the Center for Women’s Resources (CWR), a 36-year research, education, and advocacy institution, pays tribute to them this Friday, in celebration of the International Women Human Rights Defenders (IWHRD) Day.

Together with other organizations and rights advocates, CWR call to end attacks on women human rights defenders in the Philippines and pay tribute to the courage and female advocates, leaders, and development workers who fight against all forms of discrimination and injustices.

In recent years, the Philippines has been recognized as one of the most dangerous places for human rights defenders. With this year’s theme “#DefendFilipinoWomen,” CWR hopes to disseminate to a wider audience the worsening human rights situation in the country; specifically on the violence towards women human rights activists who are targeted by authorities for their vocal opposition against state-sponsored abuses.

“When women, together with the rest of the toiling Filipino people, stand up to reclaim their rights to land, decent jobs, health, education, and freedom from abuse, they are threatened, harassed, attacked or vilified by state authorities,” she states.

Expressing the urgency for collective action and solidarity, she also asserts, “…the need to gather massive support for human rights defenders, activists and peace advocates and development workers.”

In commemoration of IWHRD day, women from all walks of life will gather at the University of the Philippines, Diliman and will render songs, recite poems, participate in an interactive artwork, and assure each other that with collective action, the call for social justice and respect for human rights will be achieved.

The event is part of a regional campaign called “One Day, One Voice,” in partnership with the Southeast Asia regional chapter of Just Associates, an international women-led network of human rights advocates.

The International Women Human Rights Defenders Day is a global campaign initiated by UN Human Rights to honor and protect women human rights activists who advocate for women’s rights and development for all. Since its inception, the occasion has been observed by human rights advocates and feminist groups all over the world.|-BNN