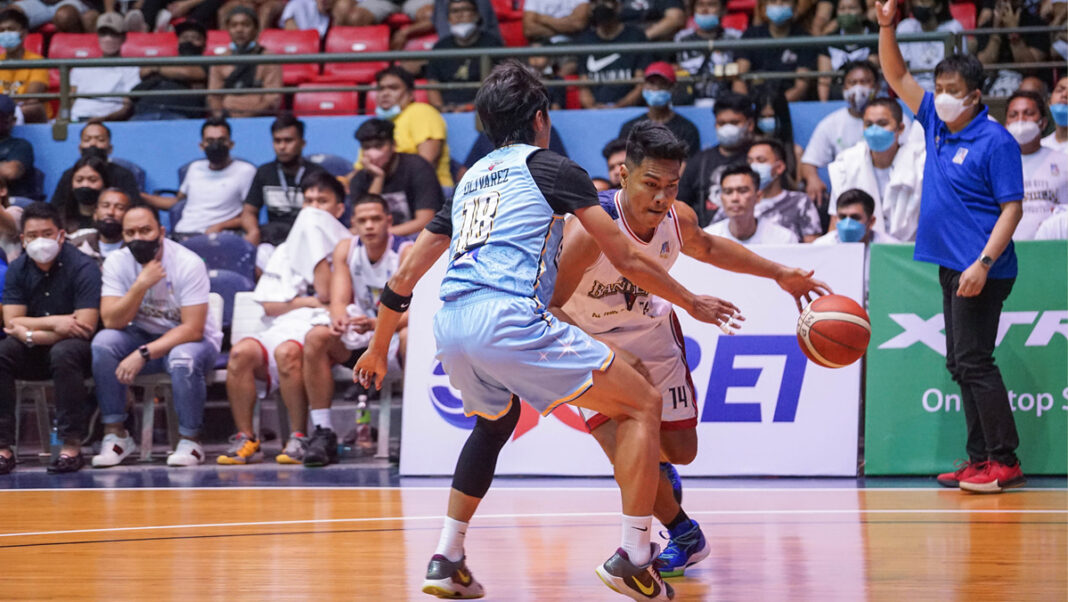 Levi Hernandez and Juneric Baloria provided a 1-2 punch for Batangas which hardly missed the services of three key players in sharing the early lead with first game-winner Sarangani.

Hernandez and Baloria scored 15 points each to lead 10 0ther players who scored for Coach Cholo Villanueva and pushed Batangas ahead by as far as 65-43,

It was Hernandez who earned best player honors, however, as he also posted 5 rebounds and an assist in just 16 minutes and 14 seconds on the floor.

Imus got 14 points each from homegrown Ian Melencio and Jacob Galicia.

The retooled Sarangani Marlins bested Valenzuela, 77-73, in the see-saw opener through the efforts of Yvan Ludovice and Krystoffe Jimenez.

The MPBL will resume on May 2 with another doubleheader featuring Bacolod against San Juan and Nueva Ecija against Pasig.

The games are being shown on One PH Cignal TV and Facebook live.|PR