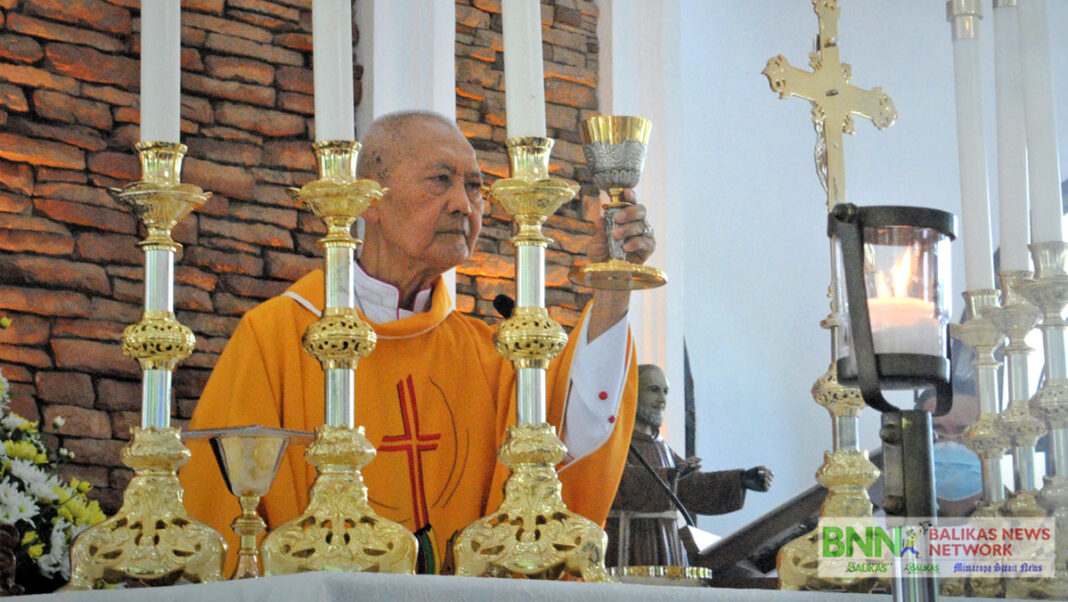 LIPA City — TWO days after being rushed to an undisclosed hospital here, retired Bishop Joseph Nacua of Ilagan, the first and only Filipino Capuchin to have been ordained to the episcopate so far, died on Saturday afternnon at the age of 77.

The Order of Friars Minor, the Congregation of Capuchin fathers and and brothers to whom the late bishop belong posted that the bishop died at 5:32 p.m. at a hospital where he was confined since Sept. 8. The bishop was rushed to the hospital on Thursday evening and has since slipped into a coma.

“The best efforts of medical staff were unable to revive him and he finally and peacefully expired two days later,” the Capuchins said in a statement.

“The Most Reverend Joseph Nacua, OFMCap, Bishop Emeritus of Ilagan in Isabela, entered eternal life at 5:32pm of September 10, 2022. In his six decades of religious life, he had been a dedicated educator, formator, minister, and pastor. He was the only Filipino Capuchin thus far to be ordained to the episcopate,” the statement said.

“Born Joseph Benedict to Pedro Nacua and Filomena Amangi on January 5, 1945 in Mankayan, Benguet, he took on the religious name Simplicius de Lepanto when he entered the Capuchin novitiate on May 17, 1962. He first professed Capuchin life on May 18, 1963 and made solemn and perpetual profession in Pamplona, Spain on September 16, 1967. He was ordained a deacon in Imus, Cavite in 1971 and was ordained a priest in General Santos City later that year. He was ordained a bishop on August 19, 2008 in Ipil, Zamboanga-Sibugay.

In addition to having been Guardian of the formation fraternities in which he was assigned, he had also been chosen by the Capuchin friars in the Philippines to serve as Provincial Definitor for five terms (1976-1988; 1991-1994) and as Provincial Minister for two terms (1994-1999). It was at the General Chapter held during his last term as Provincial Minister when he was chosen to be General Definitor for the whole Order until 2006; for those six years, he would be mainly based in Rome. Upon his return to the Philippines, he was made parish priest of the San Isidro Labrador Parish in Titay, Zamboanga-Sibugay up until his episcopal ordination two years later held at the St. Joseph the Worker Cathedral of the then-Prelature of Ipil.

He was sent to be bishop of the faithful of Isabela whom he diligently served for over nine years. It was during this stewardship when he suffered a stroke; he later resigned his chair in 2017. In 2019, he moved to the friary of the Padre Pio Fraternity in Lipa City. In the evening of September 8, 2022, he was rushed to a hospital there; he had slipped into a coma in transit. The best efforts of medical staff were unable to revive him and he finally and peacefully expired two days later.”

The remains of the holy bishop lie in state at the chapel of the Capuchin Spiritual Center at Barangay San Sebastian here, and will not be transferred to and from the Diocese of Ilagan, Isabela as his last will and testament stipulated that his wake will last for five (5) days only.

Funeral Mass and interment will be on Friday, September 16, 2022 in Lipa City.| – BNN News