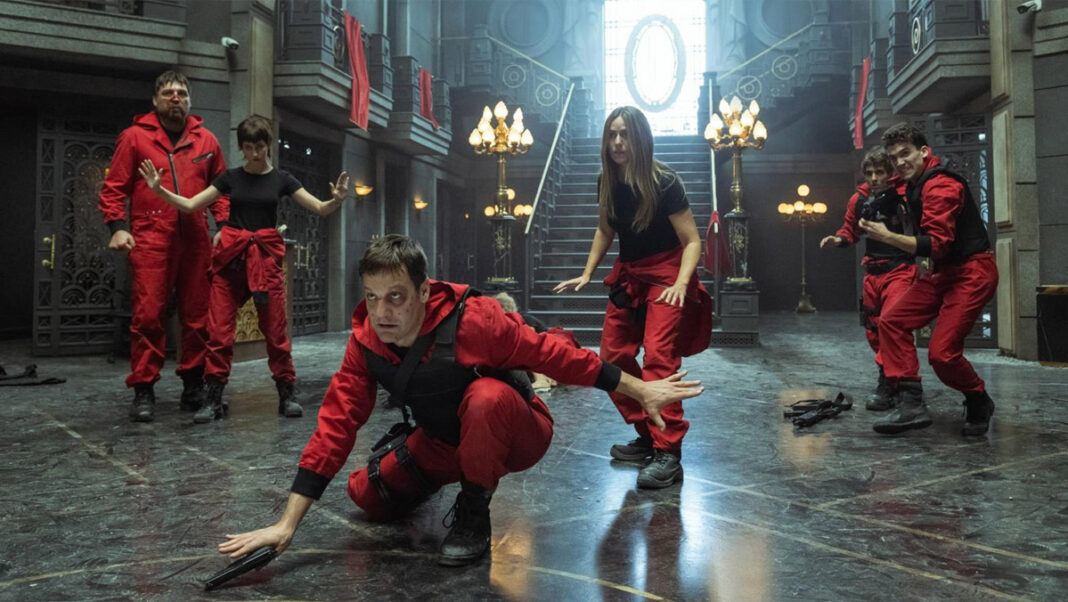 THE first half of Money Heist (aka La Casa De Papel) season 5 now premiers on Netflix. Here’s an up-to-date guide to everything you need to know ahead of Money Heist season 5 including who will star, what we can expect and when the two halves that make up the final season will hit.

Money Heist currently holds the current record of being the most-watched non-English title on Netflix. The fourth part of Money Heist managed to rack up an incredible 65 million views around the globe and as of August 2021, was still dominating the top 10s around the globe.

Before we move onto what we know about season 5, you should check out the accompanying documentary released on April 3rd, 2020, called Money Heist: The Phenomenon. It documents the meteoric rise of the series with guests including Ted Sarandos as well as much of the cast and the creators. It gave us some stunning insights including the fact the show was almost axed.

Part four of Money Heist was released on Netflix globally on April 3rd, 2020, and consisted of eight episodes.|-BNN / Kasey Moore