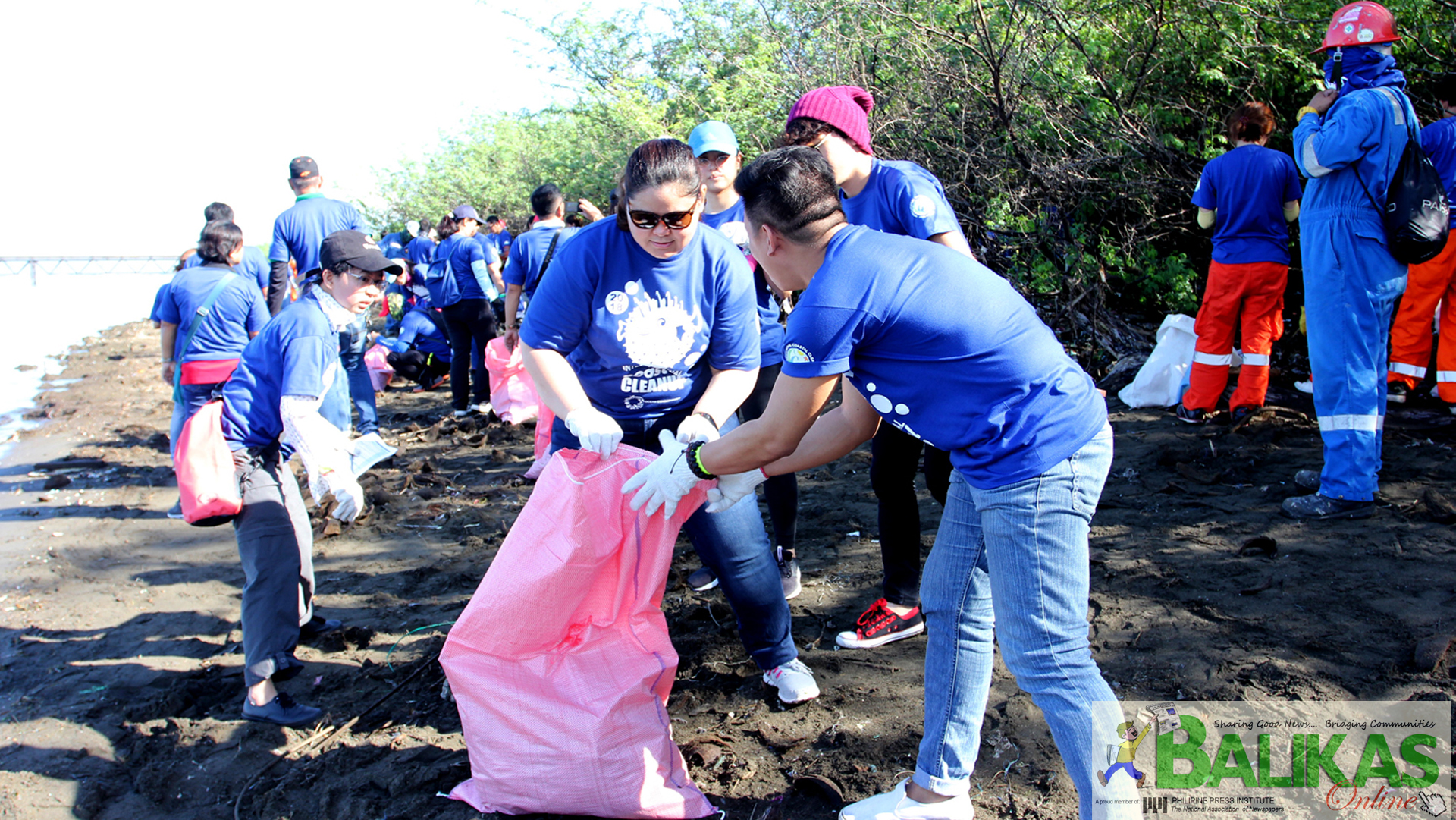 THOUSANDS of volunteers from both public and private sectors join hands and trooped the coastal areas along Batangas Bay, and even under water in the very successful observance of the International Coastal Clean Up activity, September 22.

Members of different civic organizations, students, professionals, private sector workers and personnel of different government agencies leave their comfort zones that early Saturday for a single purpose of clearing the shores of debris left by seawaves, dumped by floodwaters and thrown away by undisciplined individuals

In Tabangao area, close to 400 volunteers unite in the drive organized by Tabangao Refinery collecting almost 2000 kilograms of biodegradable and non-biodegradable wastes.

Shell Tabangao Refinery organized a Coastal Clean-up drive enjoining volunteers across Shell businesses and forging partnership with its contracted partners and Rotary Club of Batangas. This is in pursuit of the protection of marine environment and waterways in defense with the rampant threats of water pollution nowadays.

The bulk of 200 sacks equivalent to 1776.1 kilos of trash collected from Tabangao Refinery shoreline were mostly composed of plastic beverage bottles, grocery bags, food wrappers, plastic pieces, bottle caps and shoes and slippers. All are forms of plastic that are considered as marine debris and pollute all dimensions of oceans.

Aside from the Coastal Clean-up, volunteers also conducted Mangrove tree planting which will support and protect refinery shorelines and will help to stabilize the coastline and prevents erosion from damaging waves and storm surges.

Refinery General Manager Jan-Peter Groot Wassink describes the said clean-up and planting as a one-step towards a habitable earth. He also shares his gratitude to all volunteers who made time to participate and did their part for the marine preservation and protection.

“It’s nice to see that today, we are not identified by our uniforms and what companies we are representing. Now, we are as one, with a common goal of protecting our jetty area and the marine life in general. Moreover, we are making a difference and today, we are proving to ourselves that anything is possible as long as there is unity and a collaborative effort amongst us”, said Jan-Peter.

Now on its 33rd year celebration of International Coastal Clean-up, the refinery aims to contribute on the determinations of Ocean Conservancy, an international non-government organization which aims to solve marine environmental problems through united coastal clean-ups and waste assessment.

“This is an annual contribution of the site not because we are implementing environment and stewardship program. But because everybody believes on the idea that we have our own respective role for our planet. Let’s shake our minds and open our eyes to the threats and worst effects we may face in the years to come”, shared by External Relations Manager Dar Guamos.

While Margielyn Alfaro, Senior Associate – Accounts Payable from Shell Business Office (SBO) and one of the volunteers of the event shares that to solve the problem, sustainability practices must be applied.

“Our role doesn’t stop after this. We must continue what we have started and ensure that we are sharing this to our family, our friends and even our colleagues”, she noted.

According to the Ocean Conservancy, ocean wastes rank as one of the most severe pollution problems worldwide. As this escalating issue not just serves as risk to the environment but also imposes multiple threats to human health, economy and to the communities as well.

In some areas, divers went underwater and cleared-up some coral reefs, removing the trashes that were left unattended by undisciplined beachgoers.|With report from Jim Palma