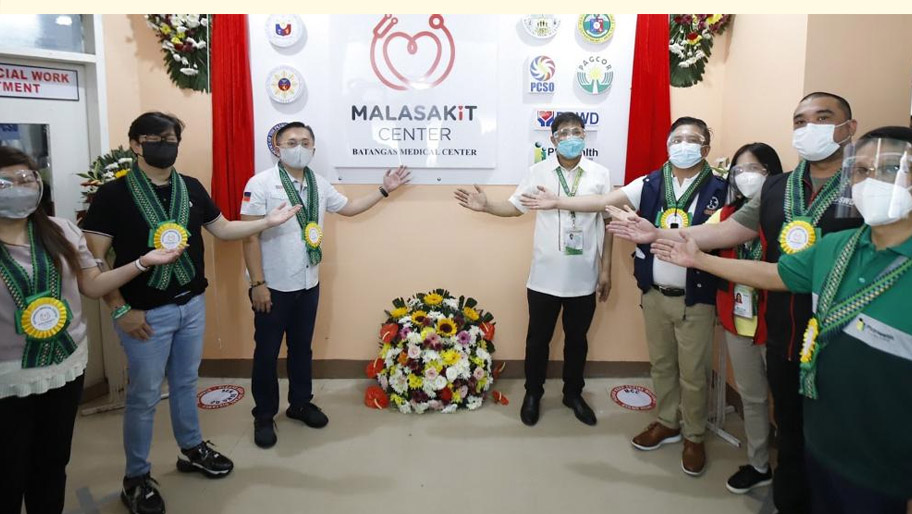 THE 114th Malasakit Center was opened at the Batangas Medical Center (BatMC) in Batangas City, Thursday, with the objective of providing financial and medical assistance to individuals in the province.

The Malasakit Center in BatMC is the second in the province with the other one located at the Batangas Provincial Hospital in Lemery, Batangas and was opened in January 8, 2019.

The senator also provided food packs, vitamins, masks and face shields to 1,925 medical frontliners and 266 patients during the opening.  Selected frontlines were given new pair of shoes, bicycles and computer tables.

The Malasakit Center will provide “easy access” for patients to various government agencies including the Philippine Charity Sweepstakes, Department of Health (DOH), Department of Social Welfare and Development (DSWD) and Philhealth.

The said agencies will pay for the hospital bill of a patient and the balance will be covered by the Malasakit Center which will be funded by the Presidential Social Fund (PSF).  A patient needs only to bring the hospital bill and medical abstract in order to avail.

The Malakit Center at BatMC has an initial fund of P5 million pesos.