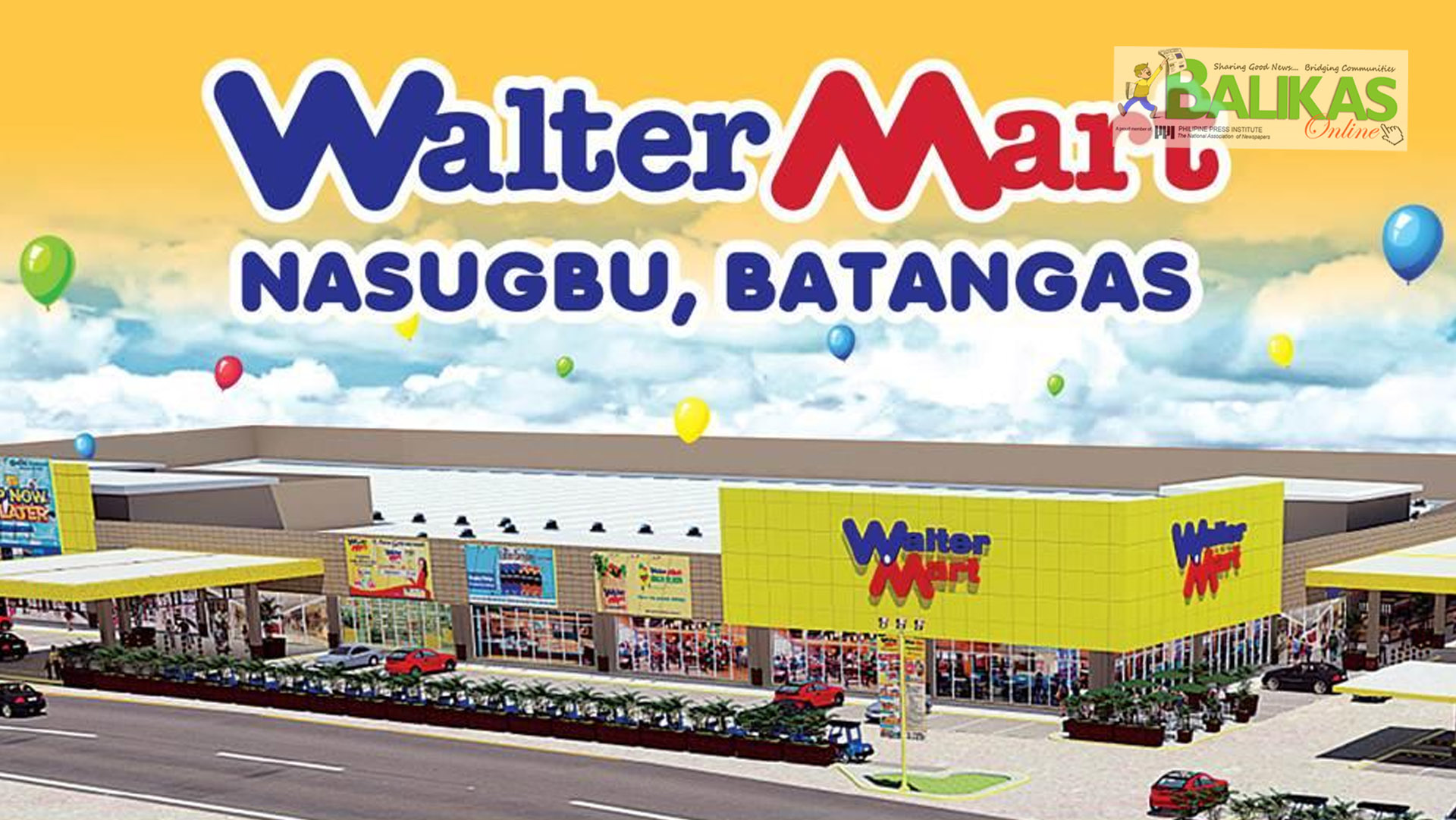 IN its quest to become a new commercial hub in South Luzon, and in its road towards cityhood, Nasugbu now proudly hosts the opening of the first community mall to rise in this fast-rising town — the Walter Mart Nasugbu!

Walter Mart Nasugbu is the 1st community mall in Nasugbu and is another addition to the increasing number of branches and eager to serve its community with the wide array of shops. Strategically located along J.P. Rizal St., in barangay Lumbangan or just before you enter the Poblacion area, the mall can be easily accessed and reached by shoppers and patrons from the nearby towns of Tuy and Lian, of even of nearby town of Alfonso, Cavite who hate the traffic and hassle of going to Tagaytay City.

Walter Mart has been part of Batangas communities for 7 years already. First, it opened the Walter Mart Tanauan in the year 2010 and in May this year, Walter mart balayan opened at the corner of Balibago-Balayan Highway and Paz Street, in Brgy. Caloocan, distinctively put a mark in history to be the first community mall to rise in the Balayan, the first seat of the provincial government of Batangas. Thus, this 26th mall in the country is Walter Mart’s 3rd in Batangas.

With aims to provide the needs of the community with their convenient service, Walter Mart offers one stop shop, fast, friendly and every-day happy shopping, dining and bonding experience for the whole family. Helping to achieve such goal are their anchor tenants like supermarket and department store; as well as appliance, gadgets, furniture outlets. Also in place are brands like Simply Shoes and other tenants that help make the Nasugbuanons experience hassle-free shopping.

Walter Mart Malls, then called Shopping Centers, is actually the first community shopping center format in the southern Luzon. Anchored on the main customer proposition i.e., “convenience”, Walter Mart has become the “third place”, wherein, in the daily grind of a customer’s life, Walter Mart has essentially become the “reliable link” between their home and their place of work. It is a place they are most likely to visit before they proceed to work, or after, just before they go home.

The Walter Mart Supermarket which started I E. Rodriguez in 1991 with a simple goal of bringing convenient and enjoyable grocery shopping to the community and its customers. Now, after more than 25 years, it has become one of the major retailers in the Philippines today.

It continue to be a leader in the fastest and and friendliest service with 29 stores currently in operation and situated in different parts of Luzon – from Metro Manila, the CALABARZON and even North Luzon.

Also part of the mall is the W Department Store that offers a wide array of shops carrying different brands.

Walter Mart Nasugbu is owned by Willin Sales, Inc., a partnership of Walter Mart Group and SM Investments Corp. of mall tycoon Henry Sy. With the expansion of Walter Mart Malls in Southern Luzon, the group has robustly controlled the leadership in mall operations other players like Puregold and Xentromall are trying to inch in.|#BALIKAS_News