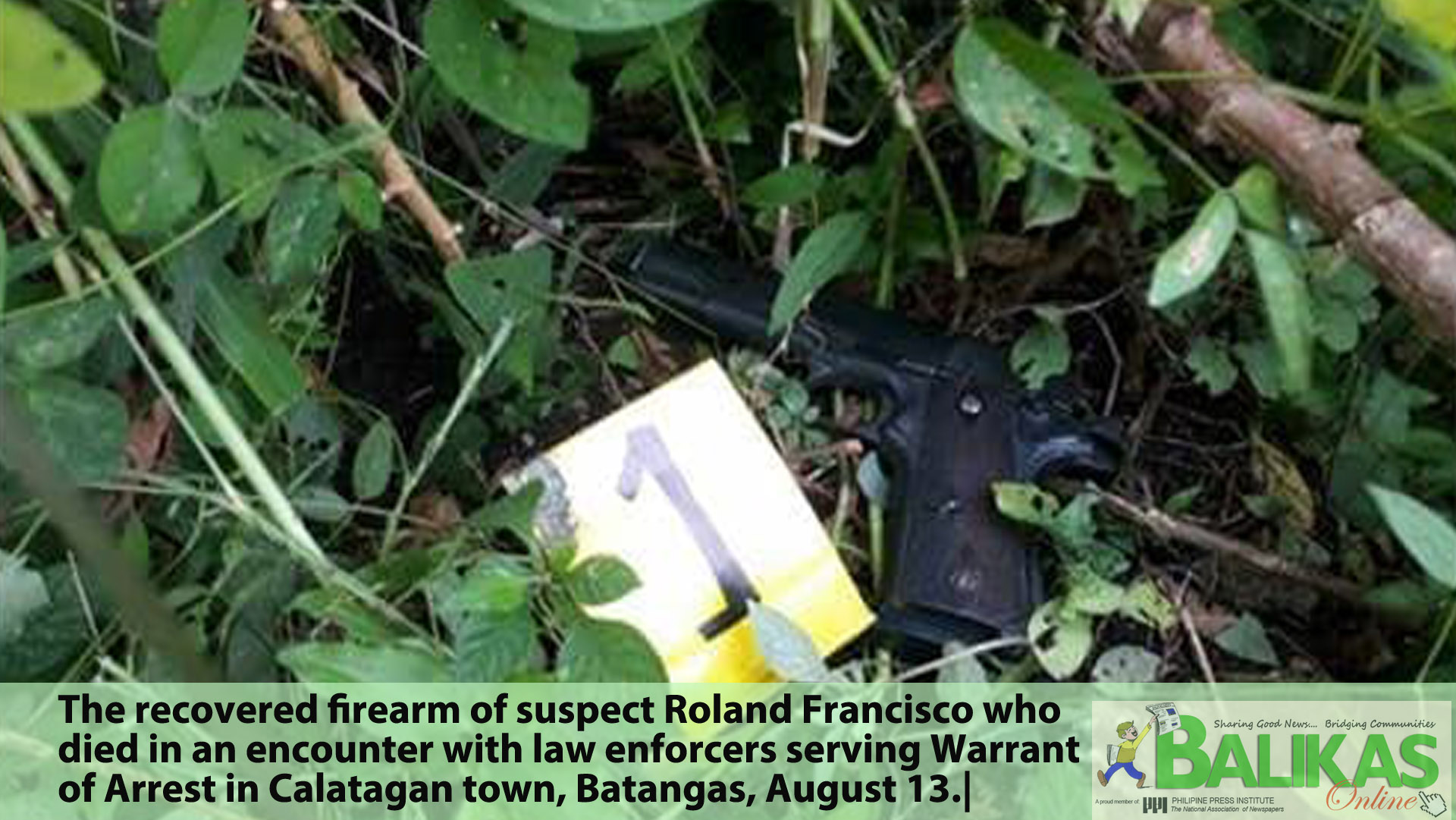 CALATAGAN, Batangas — A PURPORTED service of a Warrant of Arrest in this municipality against a suspected leader of notorious crime group resulted to an armed encounter at around 2:30 in the afternoon, Monday, August 13.

PSSupt. Edwin A. Quilates, Batangas provincial director said that the joint personnel of Calatagan Municipal Police Station led by PCI Radam R. Ramos and Nasugbu MPS led by PSI Roland Morareng Aniwasal were at Barangay 3, this town, to serve a Warrant of Arrest against a certain Roland Ramos Francisco who was accused of a crime of robbery.

But instead of accepting the warrant, the accused opened fire several times against the operating team prompting the PNP personnel to return fire and hit the accused.

The accused was rushed to the Calatagan Medicare Hospital for medical treatment but pronounced DOA by the attending physician. This development turn the robbery group into ashes, so to speak.

Based on police records, the accused is a member of notorious Francisco Robbery Group operating in Nasugbu. Calatagan, Lian, and Batangas City who eluded the arrest in Nasugbu last July 25, 2018 during the previous armed encounter with the law enforcers.

During that incidence, at least four (4) members of the group were neutralized after exchanging fire with the police, among them are Roland’s other three brothers Rudy @Kambal, Roldan, Rico @Nono, as well as Arian Hernandez, and alias Scoth Pacia (KIA). Two (2) others –alias Eva and Eric were arrested.

With the resulting death of the 5th member of the Francisco Group, the authorities are looing forward for a more peaceful and business-conducive environment in the province of Batangas.|#BALIKAS_News