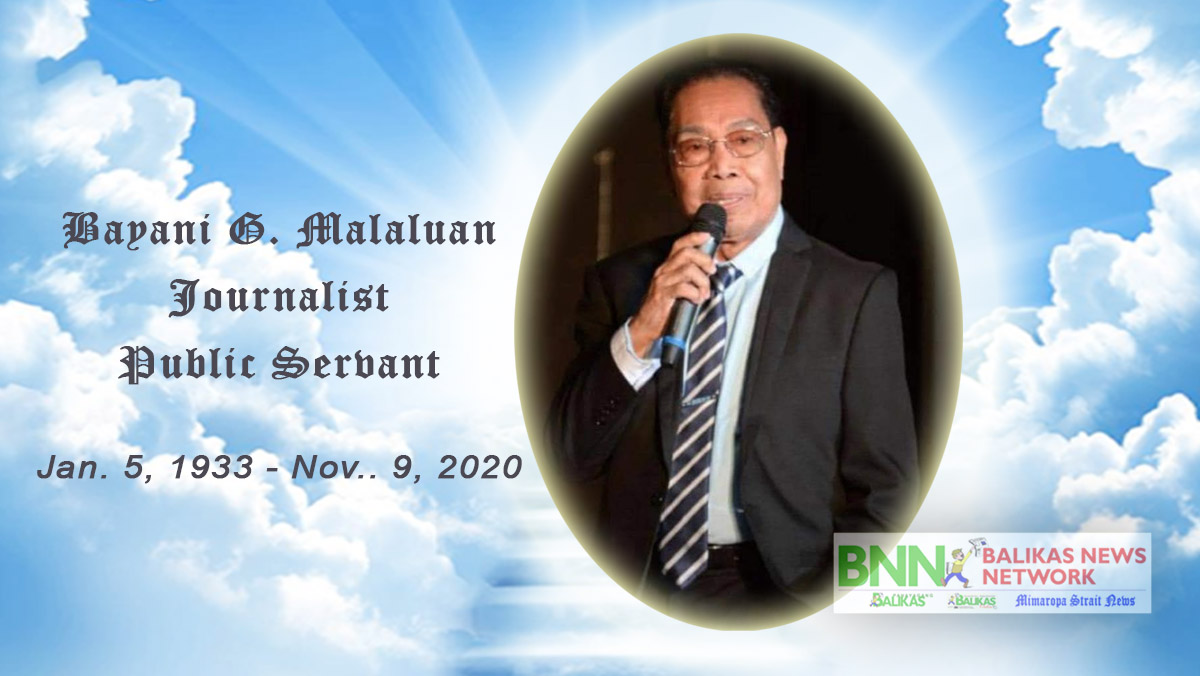 “Kuya Ani” or “Ka Ani” to persons close to him, the great man has been a journalist throughout his life as he wrote for several newspapers before and after Martial Law and was the brain behind the twin publication in the Calabarzon (Batangas Post and Quezon Post) which his sons are running now.

He was among the founding members of the Batangas Press Club (BPC), the oldest surviving media organization in the region. He has also served as an active officer and member of the Publishers Association of the Philippines (PAPI), an organization of journalists and academe writers in the country.

Ka Ani has also witnessed the transformation of Batangas from a municipality into a capital city having served as Secretary to the Mayor of then Municipal Mayors Pedro S. Tolentino (who also became the first city mayor), then Mayor Macario M. Mendoza, former Mayor Conrado C. Berberabe, former Mayor Jose M. Atienza and former Mayor Eduardo B. Dimacuha.

It was during the incumbency of then Mayor Eduardo B. Dimacuha that the late Bayani was asked to join the Dimacuha Team and run for the city council; and Ka Ani served the uninterrupted three (3) terms as city councilor until he retired from politics.

Ka Ani went back to his first love, the media works, supervising the family-owned publications until he decided to pass it to his sons.

Born on January 5, 1933, he has already undergone heart by-pass operation before. He was also hospitalized few weeks back before he passed away at the St. Patricks Hospital and Medical Center in Batangas City.

As of this writing, his bereaved family is still finalizing the details of his wake.| – BNN