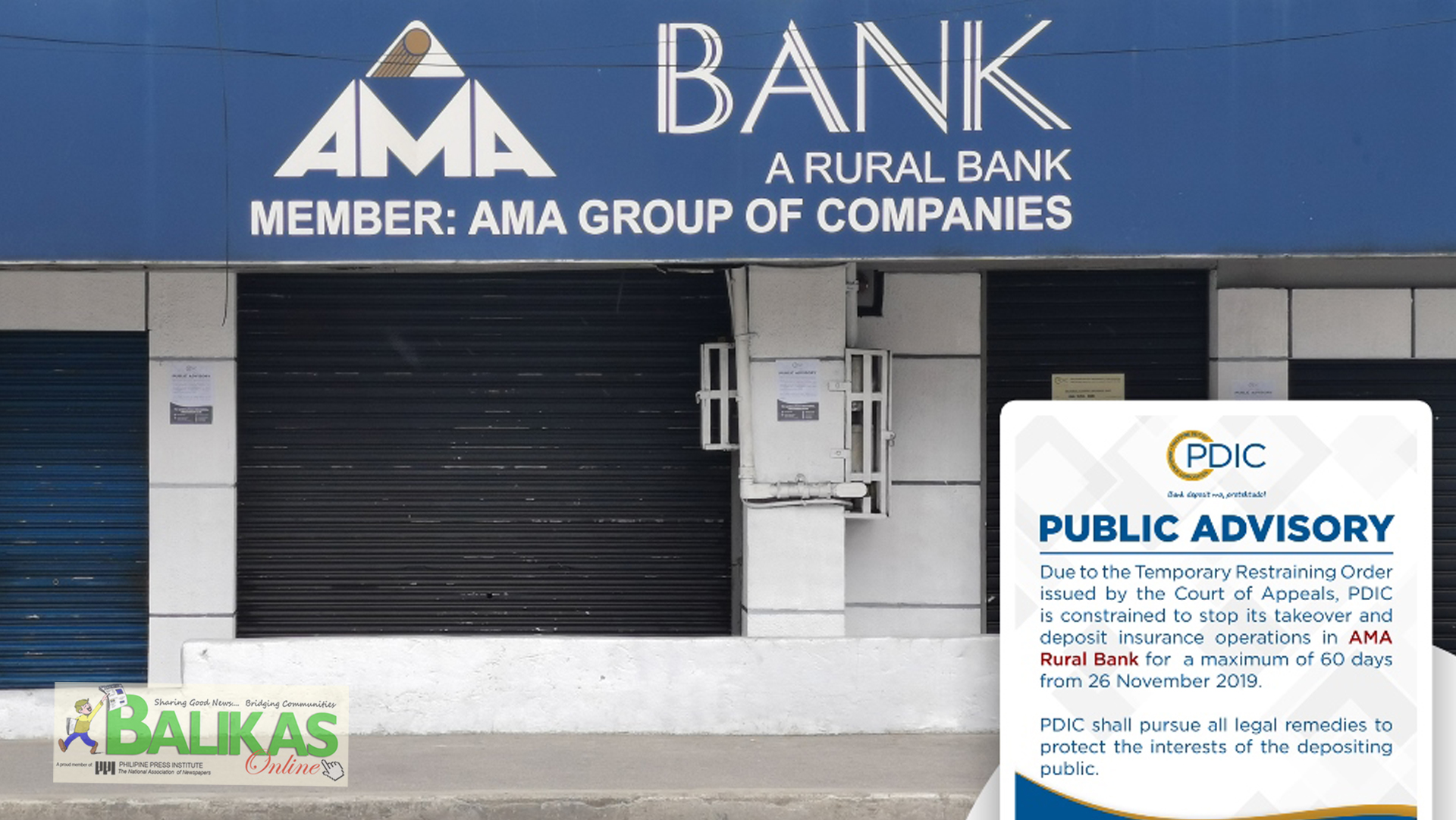 MORE than 8,000 depositors of the closed AMA Rural Bank of Mandaluyong, Inc. (AMA Bank) will have to wait a while longer to be paid the deposit insurance due them.

This developed as the Court of Appeals issued on Friday a writ of preliminary injunction enjoining the Philippine Deposit Insurance Corporation (PDIC) from further pursuing its deposit insurance and liquidation operations in the closed AMA Bank. The injunction will be in effect pending the Court of Appeal’s issuance of a decision on the case.

The PDIC expressed its grave concern as this latest court order further delayed the processing and payment of deposit insurance claims for valid deposits in the bank.

“This injunction, including the refusal of AMA Bank officers and employees to account for and turn over the assets and records of the bank and the previous issuance by the Court of Appeals of a temporary restraining order (TRO) against PDIC to implement the closure of AMA Bank, all contributed to the delay in the payment of insured deposits,” PDIC said in a statement released Friday.

Under the law, the PDIC is the sole authority to manage and administer closed banks.

“Notwithstanding the injunction order, AMA Bank remains closed and under liquidation by the PDIC. Depositors and clients of AMA Bank are advised to communicate only with the PDIC,” the statement further said.|-BALIKAS News Network