DOH opens first isolation facility for PDLs in the CALABARZON 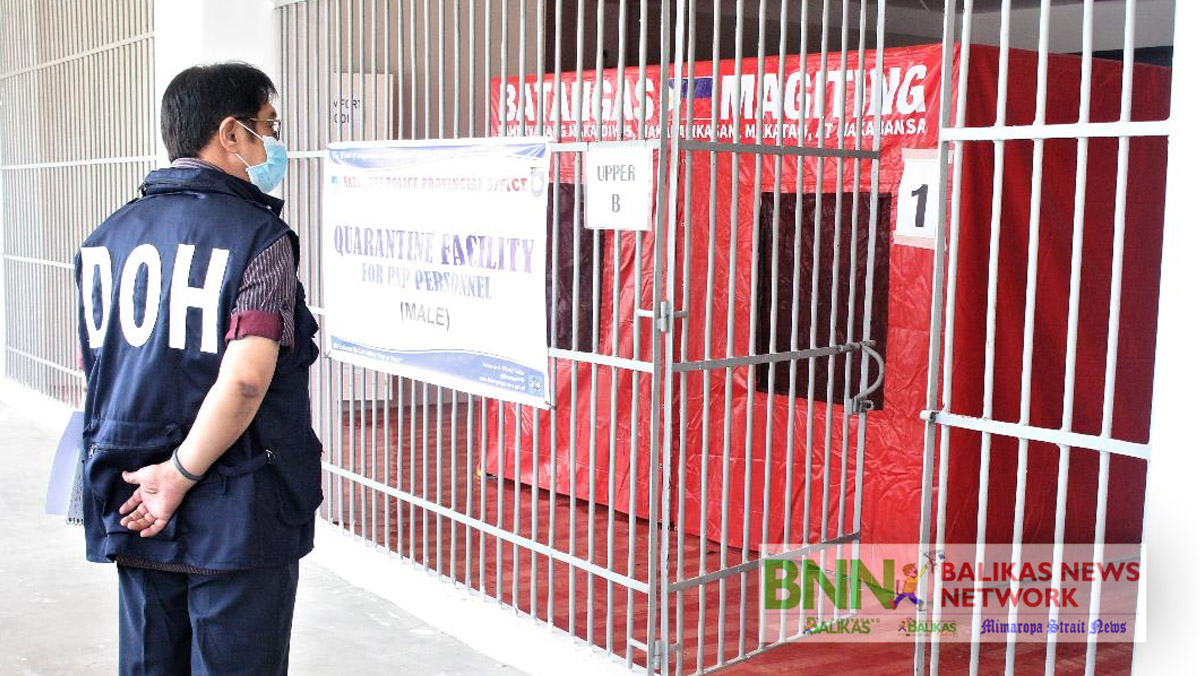 IBAAN, Batangas – RESPONDING to the call of the Inter-Agency Task Force for the Management of Emerging Infectious Diseases (IATF-EID), the provincial government of Batangas has converted two (2) newly-constructed buildings as the Batangas Provincial Detention and Rehabilitation Center (BPDRC) as new isolation and quarantine facility at Barangay Malainin, this municipality, and turn-over the said same to the Department of Health, Thursday morning.

Said buildings of the BPDRC were constructed by the provincial government in 2019 and was previously utilized as interim evacuation center for hundreds of families displaced by the eruption of Taal Volcano early this year. The same were developed and furnished by the capitol according to the guidelines and protocols of the Department of Health and the Bureau of Jail Management and Penology (BJMP) for the isolation and quarantine needs of the PDLs.

Dr. Eduardo Janairo, director of DOH’s Center for Health Development – CALABARZON (Cavite, Laguna, Batangas, Rizal, Quezon), said Batangas is the first province in the region to have organized a provincial IATF and come-up with the concrete plan to developed a specialized isolation and quarantine facility for persons deprived of liberty (PDLs).

The ceremony was also attended by officials of the DOH regional office, the officers and personnel of the regional and provincial offices of the Philippine National Police and the BJMP.

There are at least 15 PNP health personnel from the provincial who will be working closely with DOH in the management of inmates who will be detained in the facility.

In contrasts to some posts in the social media, Janairo clarified that the mobilization and development of the 100-bed capacity isolation facility was undertaken solely by the provincial government of Batangas and that the CHD-Calabarzon will be on the top of the operation of the facility.

Under a Memorandum of Agreement (MOA) between the Batangas Provincial government and DOH-CALABARZON, the latter will handle the operation and management of the facility, provide the staff, working capital and provision of the necessary facilities to address the COVID pandemic.

The provincial government has spent P50-million for the conversion of the rehab facility. Per BALIKAS News’ Weekly CoVid-19 Monitoring taking data from the CHD-CALABARZON, the local government units (LGUs) and their respective Rural Health Units (RHUs), there are 158 positive COVID-19 cases in the province as of 6:00 p.m. of May 21, 2020, with 20 deaths while 74 have recovered. A total of 1,438 cases is recorded in the region.|-BALIKAS News Network