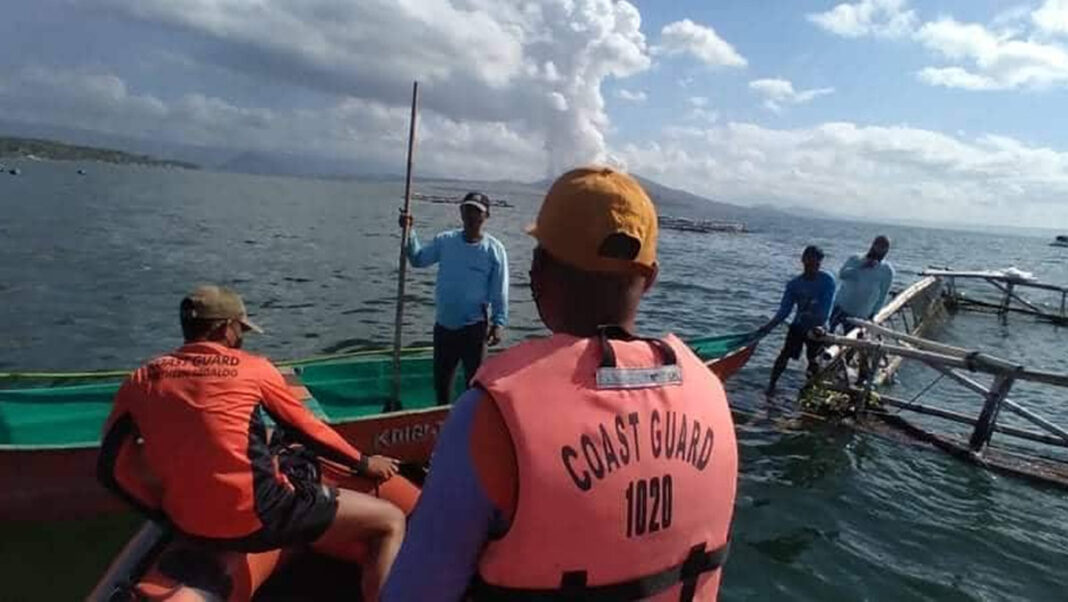 BALETE, Batangas – BOTH local and national authorities are calling the attention of the public to heed the call for sobriety and alertness as the Taal Volcano is posing more treat of possible stronger eruption after the Taal Volcano Main Crater generated a short-lived phreatomagmatic burst at 7:22 in the morning, Saturday.

Department of Science and Technology undersecretary and Philippine Institute of Volcanology and Seismology director Renato Solidum said that the public is reminded that the entire Taal Volcano Island is still a Permanent Danger Zone (PDZ), and entry into the island as well as high-risk barangays of Agoncillo and Laurel must be prohibited.

While all activities on Taal Lake are generally not allowed at this time, Agoncillo mayor Daniel Reyes said the local authorities has decided to allow the affected fisherfolks to feed their fishes within the window hour between 8:00 o’clock in the morning until 3:00 o’clock in the afternoon.

Fisherfolks feeding their fishes and tending their fish pens are under strict monitoring of the personnel of Philippine Coast Guard that were dispatched earlier in the area.

The earlier nearly continuous phreatomagmatic activity generated plumes that rose 3 kilometers accompanied by volcanic earthquake and infrasound signals. This means that there is magmatic intrusion at the Main Crater that may further drive succeeding eruptions.

These developments prompted the DOST-PHIVOLCS to raise the alert status of Taal Volcano from Alert Level 2 (increasing unrest) to Alert Level 3 (magmatic unrest).

Immediately, hundreds of individuals were immediately evacuated to several schools are evacuation centers to avoid impending hazards to their lives.

Communities around the Taal Lake shores are advised to remain vigilant, take precautionary measures against possible airborne ash and vog and calmly prepare for possible evacuation should unrest intensify.

The Civil Aviation Authority of the Philippines (CCAP) has also advise pilots to avoid flying over Taal Volcano Island as airborne ash and ballistic fragments from sudden explosions and pyroclastic density currents such as base surges may pose hazards to aircraft.|-BNN