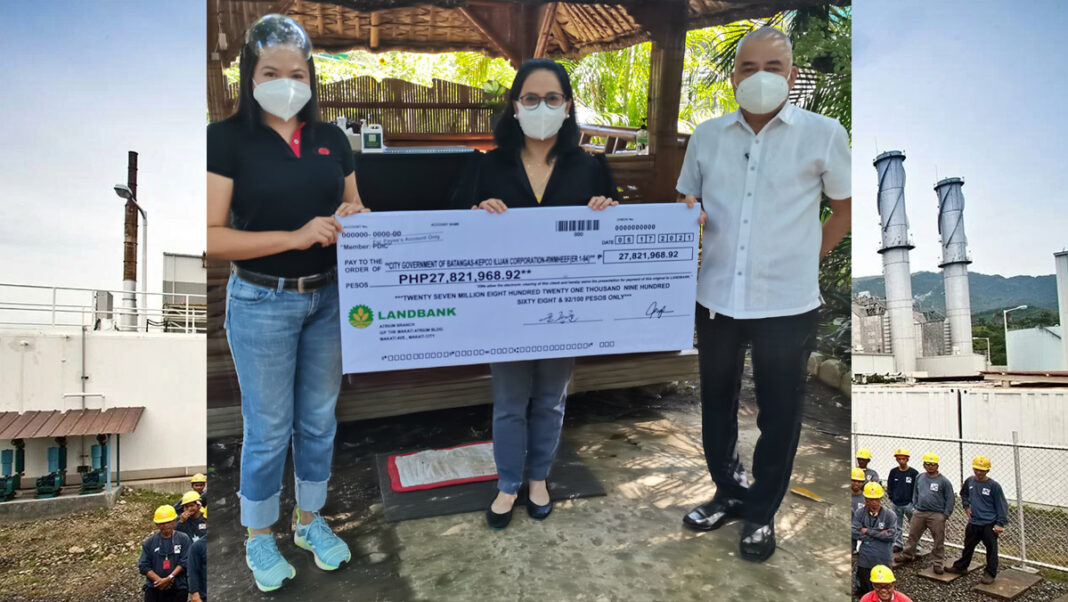 KEEPING its obligation under the existing laws and being commitment to be a better partner in nation-building and community development, KEPCO Ilijan Corporation (KEILCO) remitted to the City Government of Batangas City the amount of Php 27,821,968.92 through a ceremonial turn-over at the Office of the City Veterinary and Agricultural Services, July 12.

The said amount is Batangas City’s share in the Department of Energy’s (DOE) Energy Regulation 1-94 representing 0.1 centavo in every kilowatt hour energy produced by the Kepco Ilijan Power Plant, and will be used in the city’s Covid-19 management and mitigation.

KEILCO is a 1-200 MW combined cycle power plant situated at Arenas Point in Brgy. Ilijan, Batangas City. The power plant is harnessing the Malampaya Natural Gas as it supplies 10-13% of the whole power requirement of Luzon.

The plant is the first power facility in the country to use the 500 kV switchyard system and reverse osmosis system.The Ilijan plant’s construction began in March 1999 and was commissioned in June 2000.|-BNN