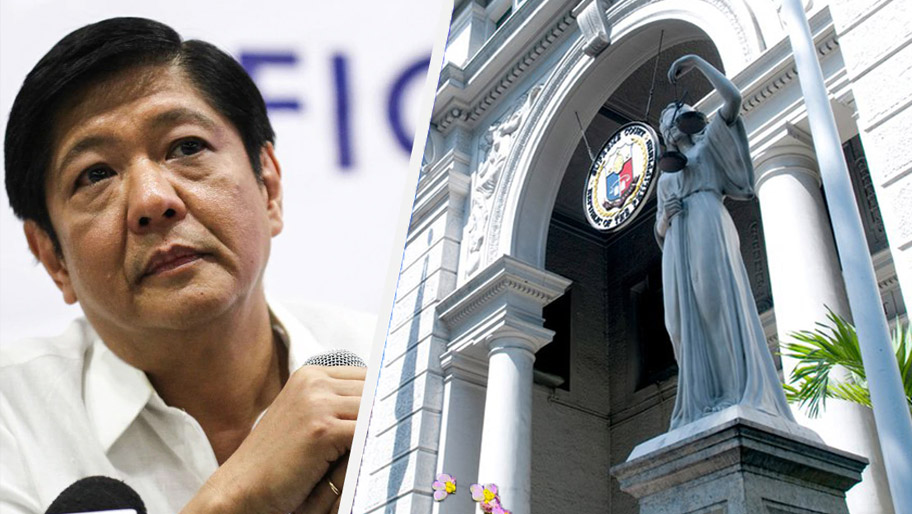 “The PET erred.  And it erred gravely.  It sacrificed Vice Presidential candidate Ferdinand “Bongbong” Marcos’ constitutional right to due process in exchange for expediency.”

Thus, the camp of former Senator Marcos said of the Motion for Reconsideration it filed at the highest court. The 95-page Motion, which was filed in the Supreme Court on Monday, 10 May 2021,  asked the Supreme Court, sitting as the Presidential Electoral Tribunal (PET), to reverse the ruling on his poll protest.

It will be recalled that on 15 October 2019 the PET, voting 11-2, required Marcos and Robredo to submit their respective Memoranda on why Marcos’ third Cause of Action should be heard.  After the parties submitted their briefs, the PET sought the opinion of both the Office of the Solicitor General (OSG) and the Commission on Elections (COMELEC) on whether it could hear evidence on the alleged massive cheating that occurred in the provinces of Maguindanao, Basilan and Lanao del Sur.  Both agencies replied in the affirmative.

However, despite the pronouncements of both the OSG and the COMELEC, the PET decided to dismiss Marcos’ protest citing the absence of specific rules regarding annulment of elections — which was Marcos’ third Cause of Action.

This did not sit well with then presiding Chief Justice Diosdado Peralta who wrote, “x x x the absence of a specific rule should not dissuade the tribunal from taking cognizance and giving due course to contests praying for the annulment of election results.”

His opinion was shared by Justice Samuel Gaerlan who stated, “x x x this Court has consistently recognized the existence of annulment of elections as a remedy available to a losing candidate if it be alleged that an election is tainted with irregularities and frauds so numerous and so undeniably characteristic of an intention to defraud and defeat the true expression of the will of the electorate.”

The PET voted on the Leonen ruling on 16 February 2021 but released their Decision more than a month later — on 19 April 2021, or three weeks after Peralta effectively retired on March 27.

“What is at stake here is the second highest position in the country.  This is not something to be taken lightly.  To dismiss such an important election protest because of  “the absence of procedural rules” is an affront to our Constitutional right of due process,” Marcos’ statement reads.

“Technicalities should not be a bar to the determination of the people’s will. This is what democracy is all about: upholding the sovereignty of the people. The best way to remove any doubt regarding the legitimacy of any candidate is for the case to proceed. We owe it to the more than 14 million Filipinos who voted for Vice Presidential candidate Marcos and more so to the millions more whose votes went missing or were not duly counted to pursue this fight to the very end.  When all is said and done, the true will of the electorate should be heard,” the statement continued.| – BNN