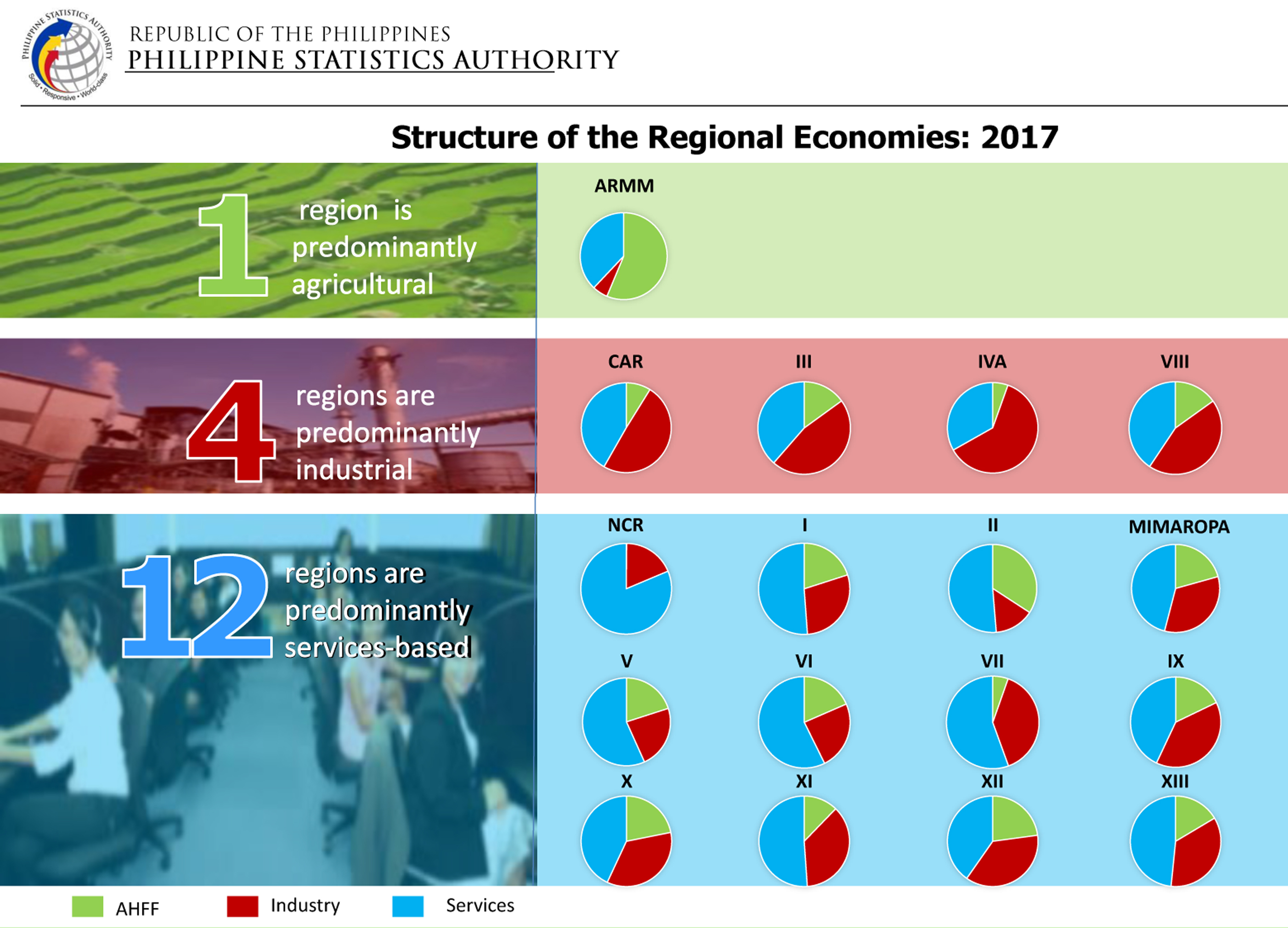 STO. TOMAS, Batangas – VIEWING the 2017 economy of the country, CALABARZON’s economy remains very robust and positioned to be the most promising region with 6.7% growth in 2017, higher that the recorded 4.8% growth in 2016, the Philippine Statistics Authority (PSA) reported Thursday, April 26. 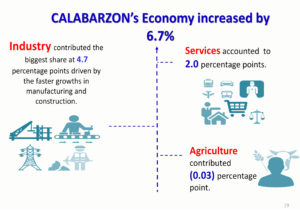 CALABARZON, comprised by the provinces of Cavite, Laguna, Batangas, Rizal and Quezon), geographically, is the most strategically located region with the gateways available teaming up with the seaports and airports of the National Capital Region (NCR). 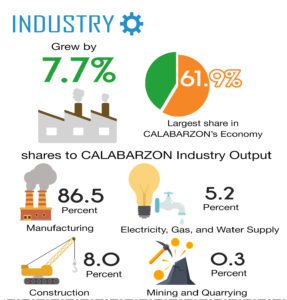 The region’s higher growth was brought about by the accelerated growth of the Industry sector driven by Manufacturing and Construction. The share of Industry to the region’s economy remained the highest among the three major sectors at 61.9% followed by Services at 33.0%. 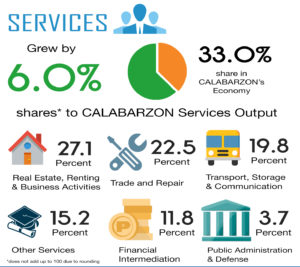 Likewise, Electricity, Gas and Water Supply (EGWS) contributed to the growth of Industry with 3.%  growth during the period, although slower than the previous year’s 6.7%.

Meanwhile, Services grew by 6.0% in 2017 as compared to the 7.3% in 2016. All subsectors expanded during the period and contributed positively to the entire Services: Real Estate, Renting and Business Activities (RERBA) grew by 6.%; Other Services by 8.5%; Trade and Repair of Motor Vehicles, Motorcycles, Personal and Household Goods by 4.1%; Financial Intermediation (FI) by 7.4%; Transport, Storage and Communication (TSC) by 3.7%; and Public Administration and Defense; Compulsory Social Security (PAD) by 8.0%. 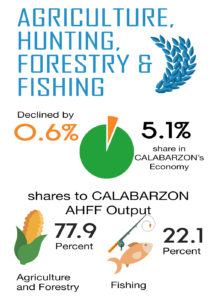 However, AHFF recorded a 0.% decline in 2017 from a 3.4% growth in 2016. This is attributed to the slower growth recorded in Agriculture and Forestry from 4.6% in 2016 to 0.8% in 2017 and the decline in Fishing by 5.4% in 2017. Indicators in the data gathering have identified climate change and relatively increase in land use conversions as factors being considered.

Of the total 6.7% growth in 2017, Industry remained the largest contributor to the growth with 4.7% points followed by Services with 2.0% points. AHFF pulled down the economic performance of the region by 0.03%.|#BALIKAS_News #GRDP_CALABARZON