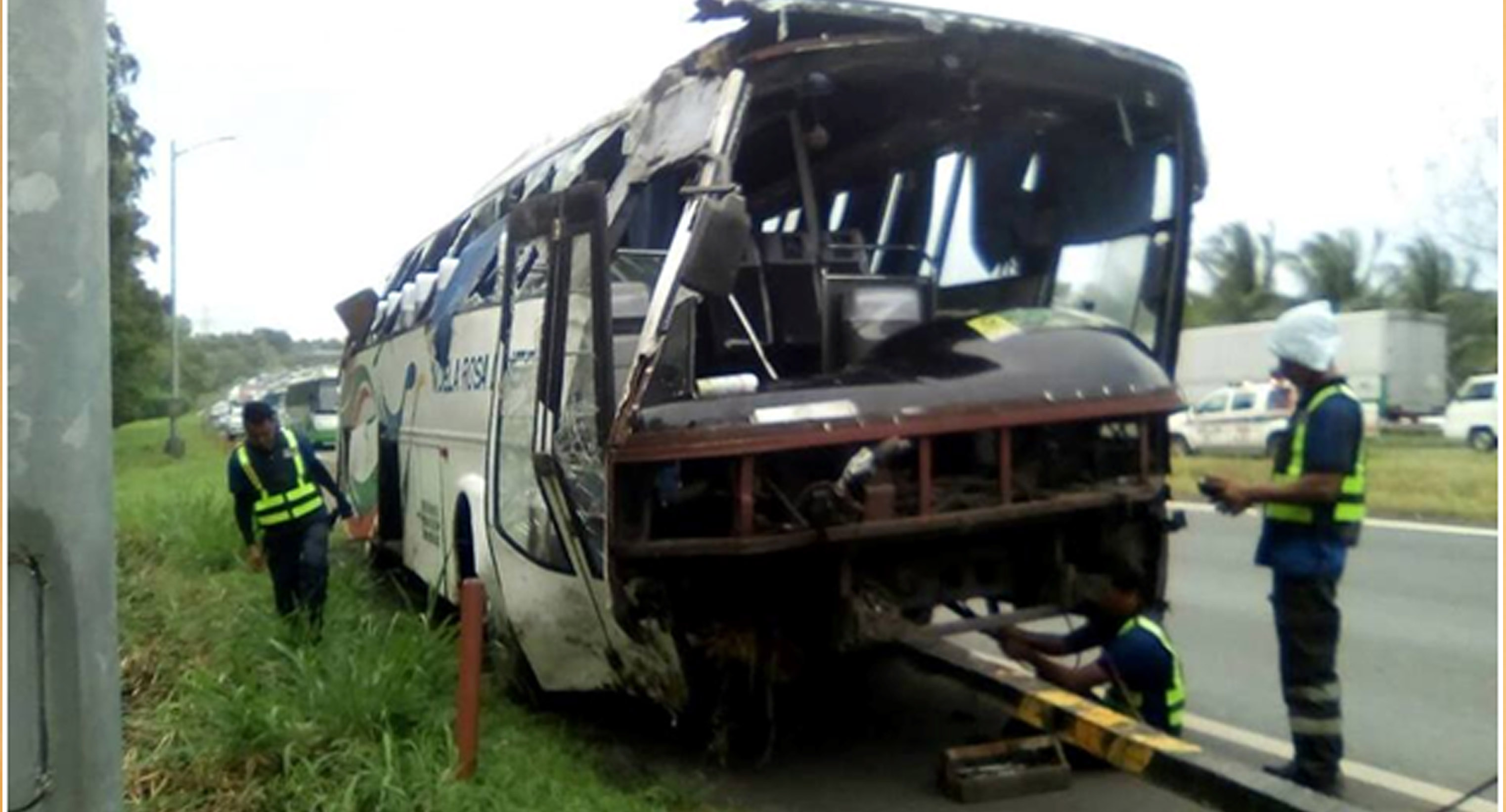 CITY OF TANAUAN, Batangas – EIGHT (8) passengers have to be confined in a hospital while 49 others were able to be discharged earlier after a public utility bus plunged to the center canal of the Southern Tagalog Arterial Road (STAR) here Thursday afternoon.

Initial investigation revealed that the Alabang bound bus unit of N. Dela Rosa Bus Liner with 57 passengers on board was traversing the slippery portion of the road when its driver identified as Joselito Navasco Nono was avoiding an impending collision with another vehicle when it lost control until it plunge to the center canal of the expressway.

Following the accident, the authorities called on the drivers of both public and private vehicles to take extra precautionary measures and consider the hazard of slippery road due to a downpour to avoid road accidents.|#BALIKAS_News