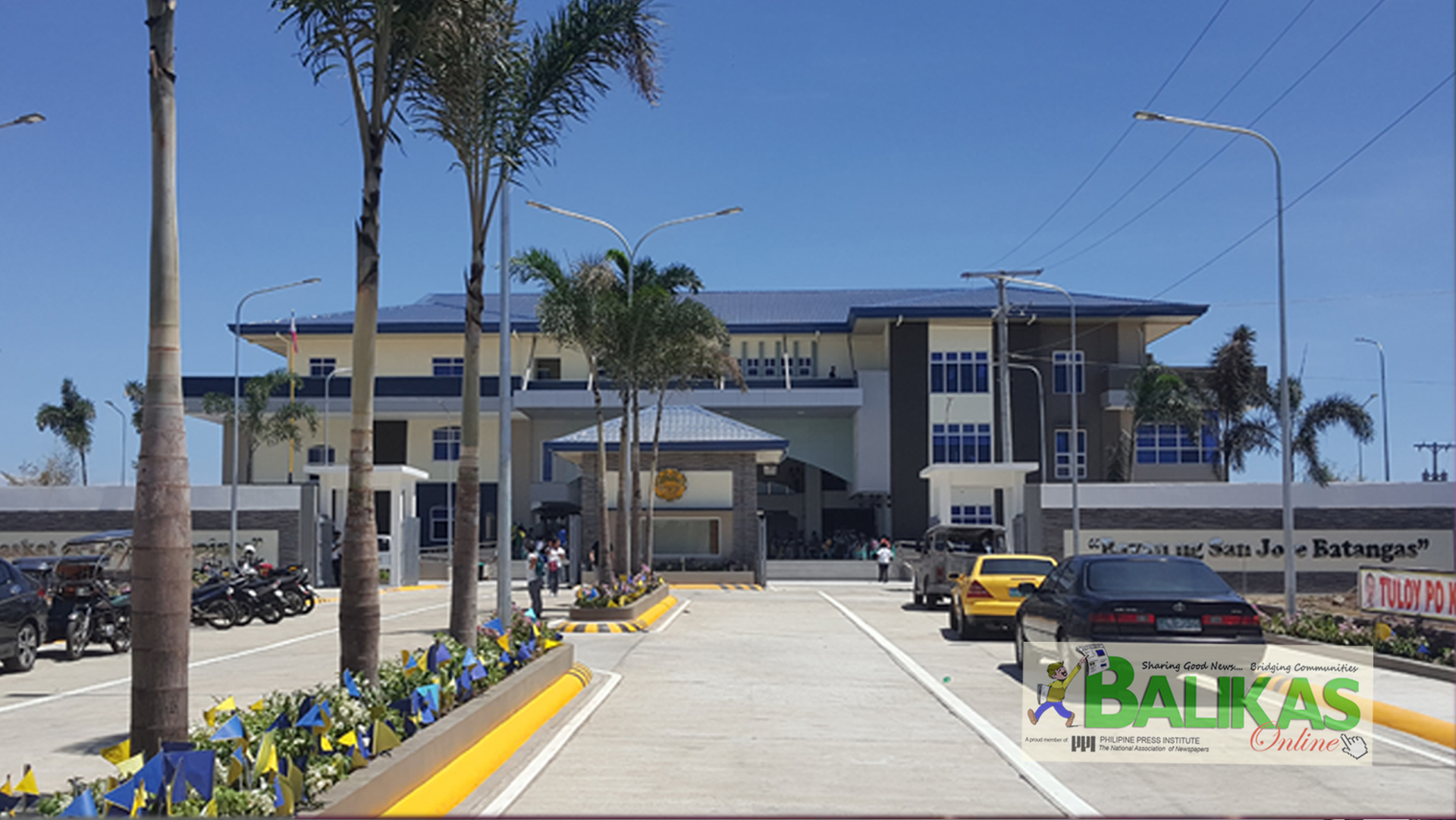 “THE image that leaves an imprint in the minds of the public will reflect the kind of administration that a particular government unit or agency is.”

This is how Mayor Ben Patron described the kind of leadership that his administration have in the municipality of San Jose as it moves to its new home, the new government center in Barangay Don Luis, south of the Poblacion where the old and delapidated municipal building now stands.

“The people of San Jose must have a bigger Municipal Hall to help deliver the necessary services; presentable enough to its investors that are bringing in more taxes for our basic and social services, as well as jobs to our growing labor force,” Mayor Patron further said.

The good mayor said that, together with Vice Mayor Entiquio Briones, they envisioned in the year 2013 to transfer the government center in more spacious area and construct a new municipal hall where the townfolks can easily access to government services, the business sector can secure and process their business permits with ease and be proud of the town they live in.

Thus, in 2014, Briones and Patron started an exploratory taks with possible land donors for the new government center in Barangay Don Luis. Further, in September 22, 2014, the Sangguniang Bayan of San Jose under the baton of then Vice Mayor Patron, passed a Resolution No. 167 Series of 2014 giving authority to then Municipal Mayor and now Vice Mayor Briones to transact in behalf of the Municipality of San Jose and accept land donation for the said project. Consequently, two weeks after, the said council enacted Municipal Ordinance No. 030, S. 2014 on October 7, 2017, cementing the plan of the Municipal Government of San Jose to transfer the government center and erect the new municipal hall in a 10,000 square meters lot donated by the heirs of Spouses Don Luis Kison Luna and Doña Eladia Marquez Luna.

The construction started towards the end of 2014 with the meager budget appropriated by the local government with high hopes that a promising new town hall will rise to be a new landmark for the people of San Jose.
Then Patron was elected in May 2016 as the new municipal mayor, while Briones became his vice mayor. The tandem leadership continued. To fast track the construction, Patron asked the support of national government leaders. Senators Grace Poe and Antonio Trillanes and I-Care and AGAP Party-lists, among others, poured in their support, and the new hall is now up and inaugurated ‘for the people of San Jose’.

“We are very indebted to the support of both private and public sector that help us realize this gigantic dream for our beloved town of San Jose. The land donors, and our esteem national government leaders who helped us finished this municipal hall,” Mayor Ben Patron said.

“We are more than proud of our partners and supporters who help us build this P200-million worth municipal hall without encuring any debt from any bank or financial institution,” he added.

After the momentous blessing and inauguration at 8:00 o’clock that Friday morning, March 8, normal government office transactions commenced in the new three-storey building. The elderly and persons with disabilities (PWDs) can easily access all offices because the new government center has PWD ramps and elevator. Mayor Patron said the construction of a new legislative building behind the main building will follow soon. Said annex building will also have a connecting ramp to the main municipal hall building.|#BALIKAS_News