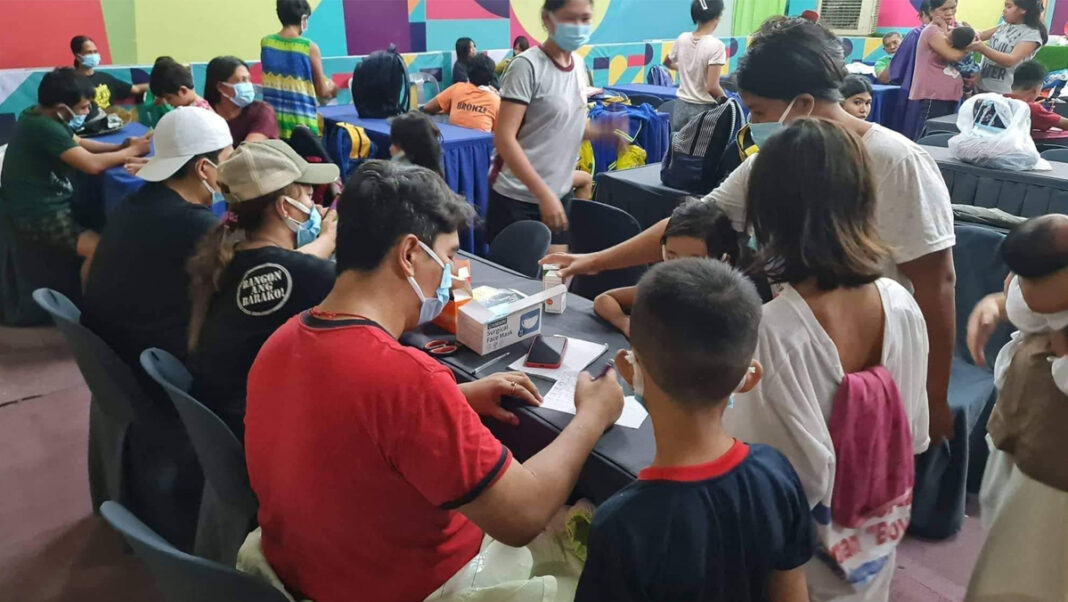 STRANDED passengers at the Port of Batangas find refuge at the SM City Batangas on the onslaught of tropical storm #PaengPH.

About a hundred passengers stranded at the port trooped the mall Friday evening seeking shelter.

Without qualms, the mall management accomodated them with free charging areas, sleeping mats, use of comfort rooms, free wifi use, and provided light snacks to ease their hunger.

While some of them left the mall Saturday morning, some others are still coming in. In turn, SM City Batangas temporarily accommodated them at the Events Center as the mall remains in full operation.

This persists as SM Center Lemery opened its doors to stranded customers and nearby residents affected by Typhoon #PaengPH last Saturday night, October 29.

A total of 45 evacuees, composed of 33 children and 12 adults, all residents of Brgy. Nonong Casto, a coastal village of Lemery were given temporary shelter in the mall. Initially they were evacuated from Pilot Elementary School and was transferred at SM Center Lemery.

Mall personnels assist local government frontliners in serving hot meals for the evacuees while they were also given medicines, vitamins, facemask and free consultation to those who are sick and unwell.

However, in the eastern side of the province, SM City Lipa also offered temporary shelter to customers and nearby residents affected by the heavy rainfall and flooding.

Free WiFi, charging stations and a help desk were made ready to serve everyone. While overnight parking charges was waived on October 28 and 29, 2022.|- BNN