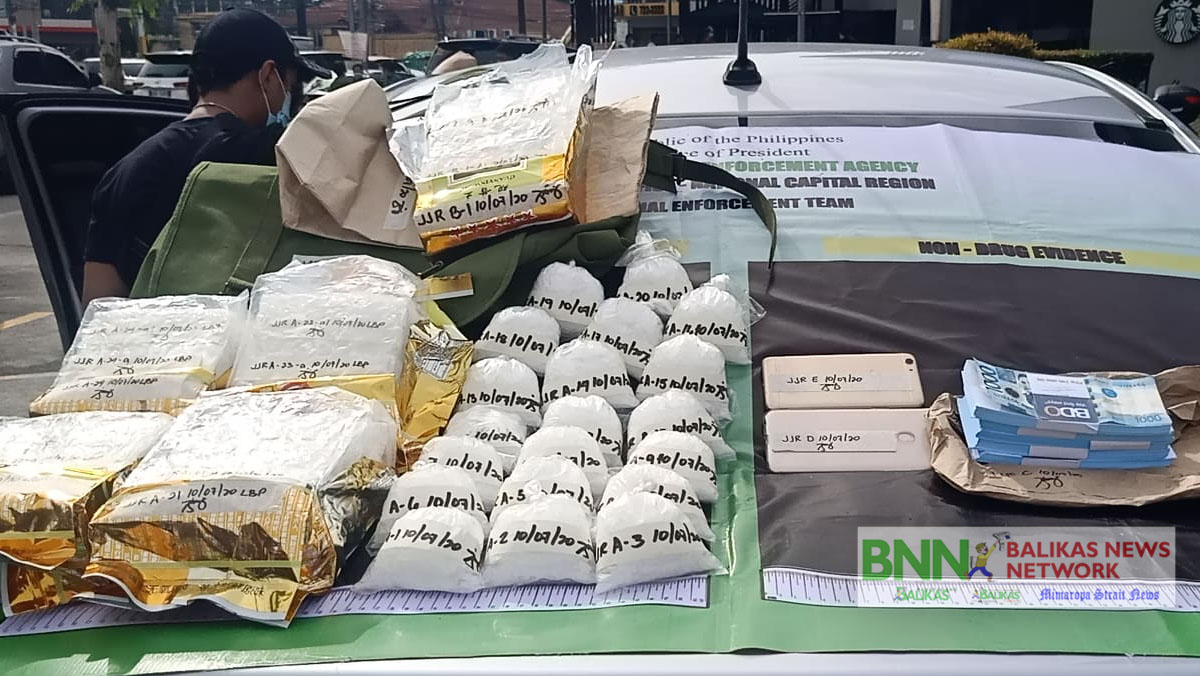 CITY OF STO. TOMAS, Batangas – FOUR (4) male suspects were arrested while more or less seven (7) kilos of suspected shabu with a street value of Php 47.6-million were confiscated in a buy bust operation by the joint forces of different government law enforcement agencies here, before noontime on Wednesday.

PBGen Danao Jr. lauded the joint effort, good coordination and collaboration of the law enforcement units who conducted the operation that resulted to one of the biggest drug bust in Batangas.

The buy bust was jointly carried out by elements of Philippine Drug Enforcement Agency (PDEA) – NCR, PDEA Calabarzon, ISAFP, NICA, Regional Drug Enforcement Unit (RDEU), Batangas Provincial Intelligence Branch (BPIB), and the Sto. Tomas City Police Station, among others, at the parking lot beside Landbank of the Philippines, at The Lifestyle Strip along Maharlika Highway, this city.

The contraband was reportedly placed inside a golden foil packaging of Guanyinwang Refined Chinese Tea, a high-grade Chinese tea brand, with Chinese characters inscription, and placed in a brown paper bag.

Also recovered in the crime scene were the P500 bill and bundles of boodle money used in the buy bust and a Mitsubishi Mirage car used by the suspects.

A criminal charge of violating Section 5, Article 2 of the Republic Act No. 9165 also known as Comprehensive Dangerous Drugs Act of 2002 is being prepared for filing in court.

“Drug prohibition promises a healthier community by denying individuals the opportunity to become drug users/pushers and or engaged in the illegal drugs activity. The reality of such a prohibition and completely eradication of illegal drugs belies that promise,” PCol Malimban thus said.| – BNN