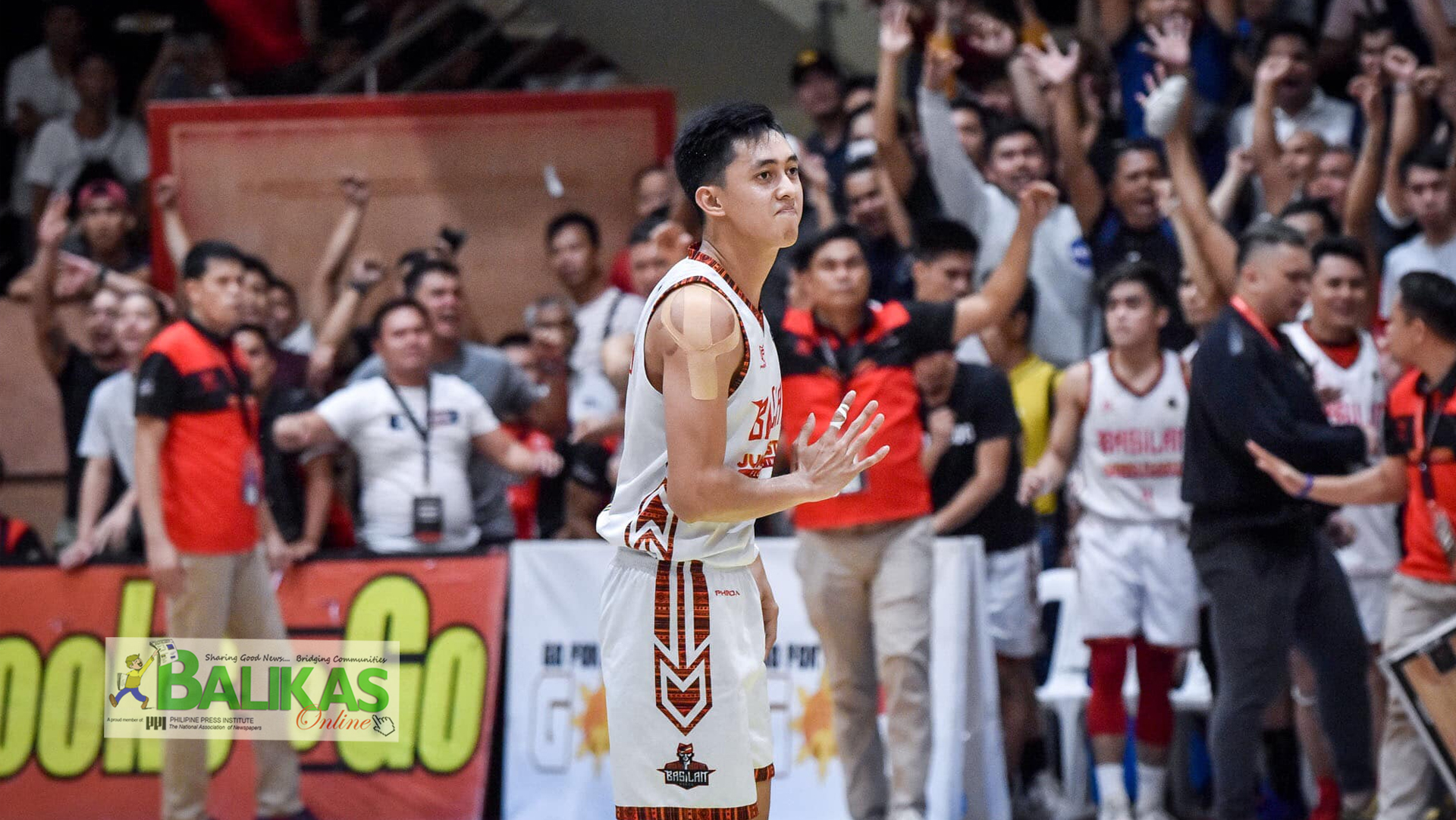 With the scores knotted at 71-all with 2:49 left in the game, Bulanadi heated up and took over.

He started his onslaught with a left corner triple before adding another trey, this one an off-the-backboard shot, 77-71.

Then to finally put the nail on the second seed Bacoor’s coffin, the 6-foot-3 gunslinger put up a ridiculous shot, a leaning three-pointer to establish a nine-point margin with 1:31 left, 80-71.

Moreover, the Steel moved on to the 2020 Chooks-to-Go MPBL Lakan South Division Finals after defeating the Strikers, 84-76, Saturday at the Strike Gymnasium here.

The Gilas pool player finished with an MPBL career-high of 35 points, founded on six triples, to go with seven rebounds, three assists and a steal.

Basilan head coach Jerson Cabiltes had his money on Bulanadi down the stretch, knowing he can deliver.

“That’s why he is in the Gilas program. That kid has all heart, buo ang loob, hats off to him. Allyn hit the biggest shots of the game that pulled us to the win,” shared Cabiltes.

The Steel will face South kings Davao Occidental-Cocolife in the best-of-three division finals, starting on Monday, March 9, at the RMC Petrogazz Arena in Davao City.

And Bulanadi, who hails from Doña Pilar, Davao City, is excited about their upcoming matchup.