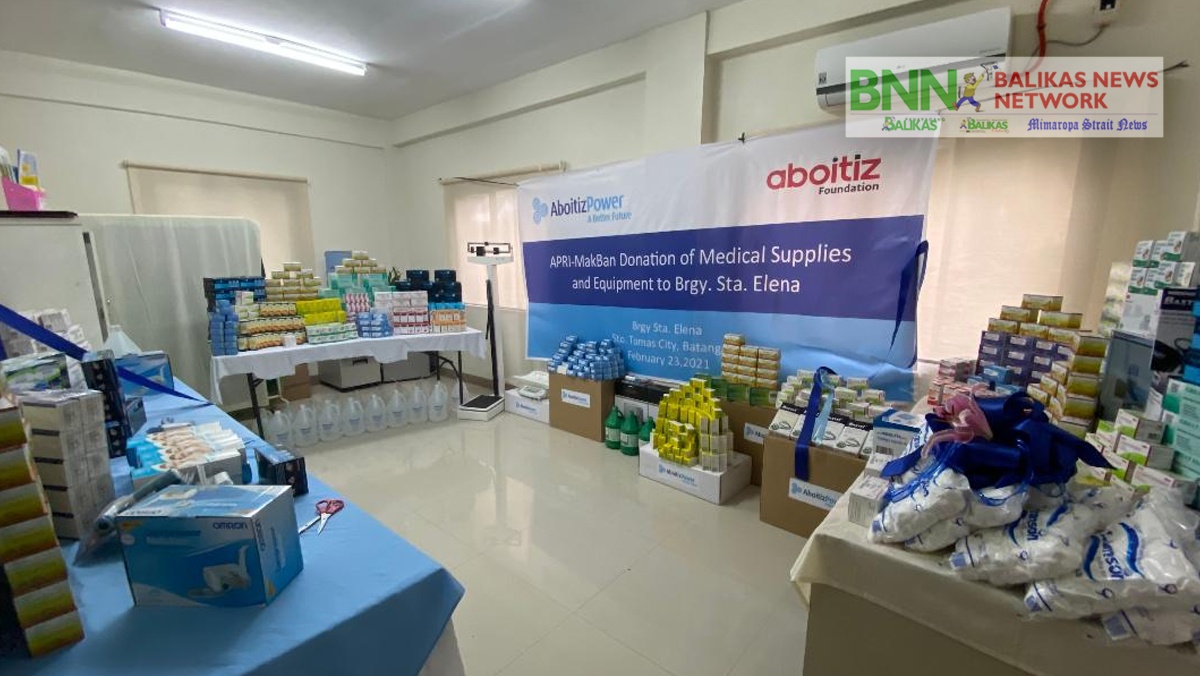 These equipment and supplies include infant and normal weighing scale, nebulizers, thermoscanners, blood sugar analyzers, Sphygmomanometers, and medicines, among others.

The turnover activity was led by Brgy. Sta. Elena Captain Boy Mendoza, joined by the barangay health officials and  representatives from APRI.

“Brgy. Sta. Elena is very grateful for the continuous support from  APRI and Aboitiz Foundation Inc. (AFI). More than that, we really appreciate the current relationship between APRI and Sta. Elena. We’re very blessed to have you as our neighbor of choice,” said Brgy. Chairman Boy Mendoza.

The said turnover activity was supposed to be a regular medical mission but due to the restrictions brought by the pandemic, the funds were instead maximized to purchase medical supplies and equipment needed by the beneficiaries.

“Health is one of the priorities that we value in the Aboitiz Group most especially now in time of COVID-19. The ‘new normal’ of doing CSR activities has changed but there is one thing that has become constant despite the crisis — our promise of Advancing Business and Communities,” said APRI Reputation Manager Arcel Madrid.

APRI, a wholly-owned subsidiary of AboitizPower, is one of the leading geothermal energy producers in the country. It delivers clean and renewable baseload power with two facilities that it operates in Tiwi, Albay; Bay and Calauan, Laguna; and Sto. Tomas, Batangas.| – BNN