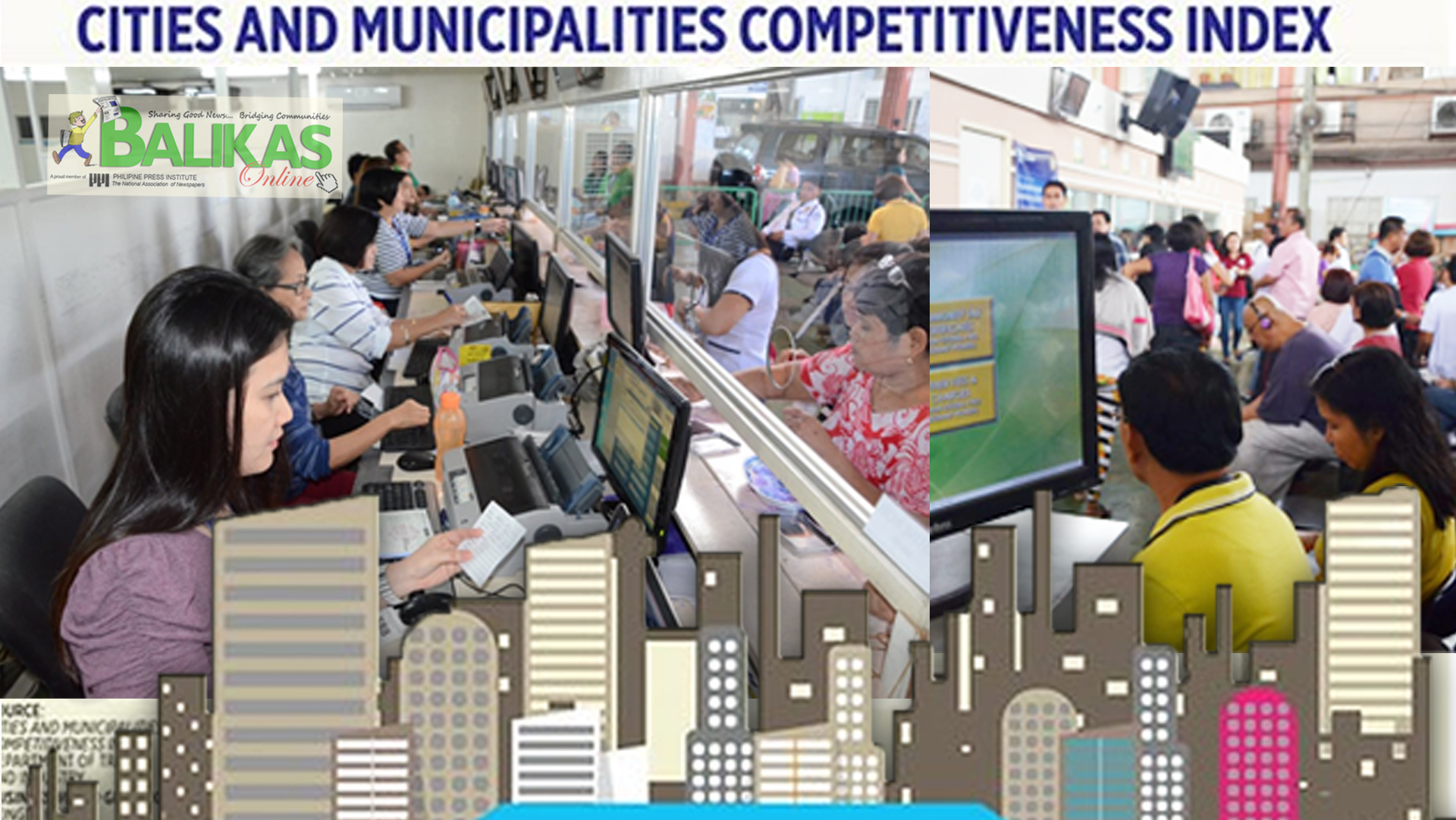 BATANGAS City is one of the 5 most competitive cities in Calabarzon region in 2019 Cities and Municipalities Competitive Index (CMCI) of the Department of Trade and Industry – Competitiveness Bureau- and the only city in the province of Batangas that is included in the list.

The CMCI aims to recognize local government units (LGUs) that ease the process of doing business so as to attract investors. It is based on the sum of their scores on the four pillars of competitiveness such as Economic Dynamism, Government Efficiency, Infrastructure and Resiliency.

The economic dynamism measures the economic activity and productivity of an LGU, which includes the size and growth of the local economy (business registrations, capital, revenue, permits), capacity to generate jobs, cost of living and cost of business.
In the government efficiency, competitiveness of LGUs is determined through the reliability and quality of government support for effective and sustainable expansion, and absence of corruption.

The third pillar measures the availability of necessary physical building blocks that connect and sustain a locality and its surroundings to enable provision of goods and services. Data involved includes existing road network, distance from major ports, availability of basic utilities, internet connection and many others.

The fourth pillar measures the capability of an LGU to sustain competitiveness. Resiliency at the context of local level is defined as ability of the people, households, communities, countries, and systems to mitigate, adapt to and recover from shocks and stresses and manner that reduces chronic vulnerability and facilitates inclusive growth.

While other LGUs are only currently starting to put up their business-one-shop (BOSS) and embarking on measures that will streamline their business permit processing, the city has already put up its own permanent BOSS including the concerned national agencies with the technical assistance of United States Agency for International Development (USAID)in 2014. The Building Permit One Stop Shop was also put up by the City Engineer’s Office (CEO) to complement the BOSS in speeding up the processing of building permit application.

This proactive move of Batangas City aims to do away with the old system that is slow and breeds corruption and replace it with a business-like efficiency, transparency and technology-based system to facilitate the process. This also preempts the passing of Republic Act No. 11032, known as the “Ease of Doing Business and Efficient Government Service Delivery Act of 2018,” which was signed and approved by Pres. Duterte on May 28,2018.

According to Ditas Rivera, chief of Business Permit and Licensing Office BPLO, it only takes two hours to secure one’s business permit during peak days like in the month of January and 30 minutes on ordinary days if the requirements are complete.
Other cities like Quezon City and Vigan City which are also in the list of the most competitive have done their Lakbay Aral here to benchmark the issuance and renewal of their business permit.
Batangas City along with other top competitive cities will be awarded in the Regional Competitiveness Summit to be held on October 24 at the Philippine International Convention Center (PICC).

Meanwhle, the city is now in the process of re-engineering its Citizens Charter which standardizes the details to the public on how to avail of the frontline services of an office , the current persons responsible and the length of time that should be spent for each step of the services.|PIO Batangas City