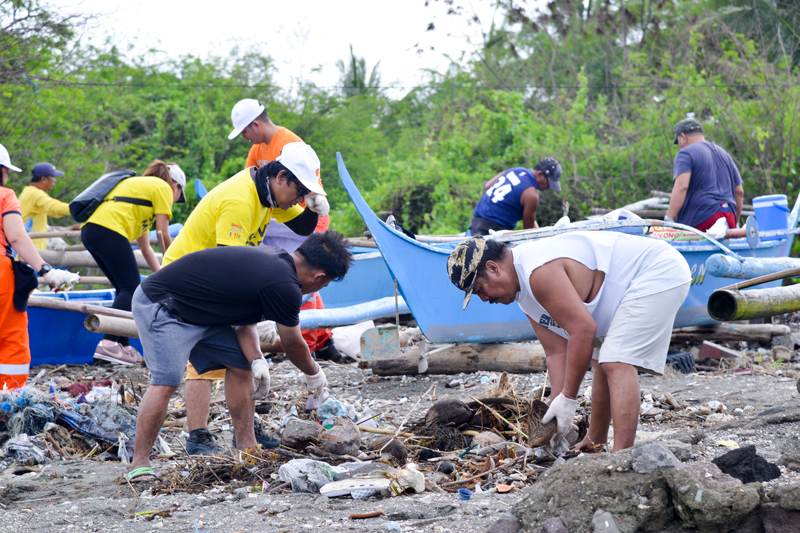 DRIVEN by their innate passion for environmental protection, Batangueños from different sectors actively participated in this year’s observance of the International Coastal Cleanup (ICC) Day, September 21.

The ICC is an annual environment activity which has been started for thirty (30 years and is set every third Saturday of September. This activity is the world’s largest volunteer effort for oceans health that unites people all over the world simultaneously collecting and documenting collected trash along the shoreline, riverbanks, canal, upland areas and even underwater.

It aims to engage people to remove trash and debris from beaches, waterways and other water bodies, identify the sources of debris, change behaviors that cause pollution, raise awareness on the extent of the marine debris problem, aid in better-informed policy decisions and improved solid waste management programs.

Filipino Batangueños has been participating in this clean-up for over the years. This shows how Filipinos preserve and protect our environment – a clear basis why the Philippines is identified as the No. 1 country supporting the drive.

As early as 6:00 o’clock in the morning, thousands of volunteers from different sectors, most of them from the academe and industries in Batangas City trooped to the shorelines and other designated areas to once again show their concern to protect the environment by joining the ICC.

Batangas province, known for its clean and white beaches, especially during summer, is not free from trashes and debris that were washed out to the shore by sea waves and Habagat tides. These trashes –most of them were food wrappers, packagings of shampoo, beverage pet bottles, and even used clothing and tarpaulins—are threatening the coral reefs and fish sanctuaries.

This year, the local government of Batangas City has encouraged all agencies to be with the world’s advocacy and show the spirit of commitment, to take care for the environment with the theme, “Bayan Ko Linis Ko: Bayanihan para sa Malinis na Karagatan at Katubigan.” The call also extends to the private and business sectors.

As environmental advocate, DepEd Batangas City issued Division Memorandum No. 350, s. 2019 on September 16, 2019, engaging all public and private schools to participate in this activity.

Meanwhile, in the TALIM (Tabangao-Ambulong-Libjo-San Isidro-Malitam) Area, refinery workers and other industry stakeholders trooped to Taclobo Club House in Brgy. San Isidro prior to their deployment for some guidelines as to the identification of the area to be cleaned and for some safety reminders.

Minutes after, the volunteers proceeded to the coastal areas of Tabangao Aplaya and actively picked-up all the trashes and debris scattered along the shoreline.

Volunteers from Pilipinas Shell Petroleum Corporation and Shell Business Operations – Manila, together with Pilipinas Shell Foundation, Inc. (PSFI), Sangguniang Barangay of Tabangao Aplaya, Lakas ng Manginigisda sa Baybayin ng Tabangao (LAMBAT), and Philip-pine Coast Guard teamed up to clean up these trashes, segregated them according to classes and disposed off to the garbage haulers.

Since 2001, Pilipinas Shell has been actively joining this largest volunteer effort for ocean’s health, which was initiated in 1986 by the Washington-based environmental group Ocean Conservancy and in the Philippines, now mandated by Presidential Proclamation No. 470.

In just three (3) hours, the volunteers, together with the partners, were able to collect 585.75 kg or more than half a ton of waste filling 49 sacks.

The data on this environmental effort will be helpful in the development of better waste management policies/plans, innovating pro-duct packaging designs and in stirring environmental consciousness among the people.

Truly, having the big heart accompanied with commitment and dedication, our beloved environment will be saved.|-Balikas News Network