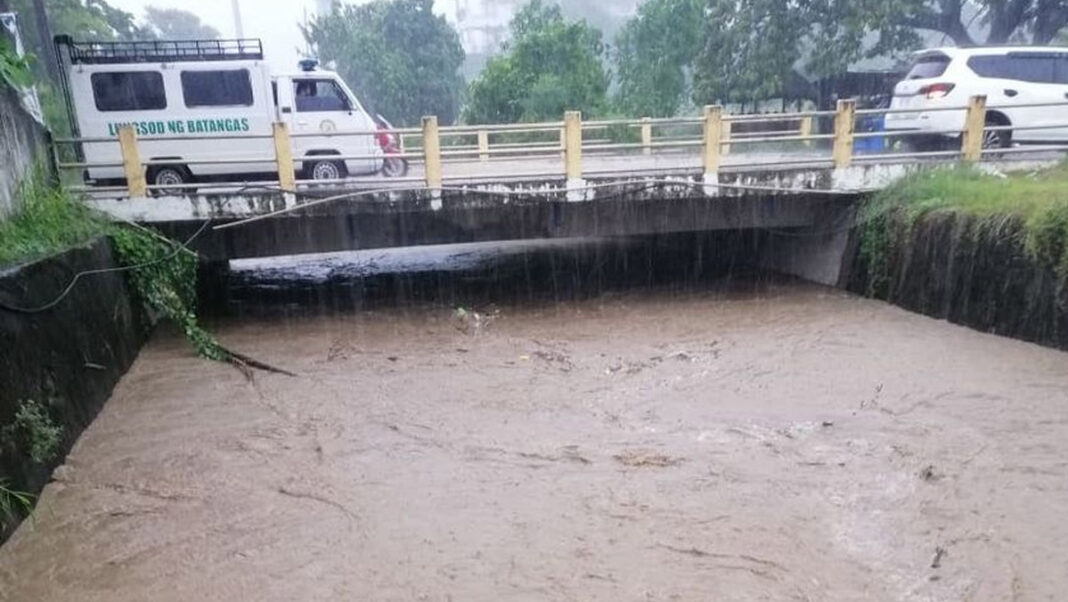 Batangas City – The City Disaster and Risk Reduction Management Office (CDRRMO) is appealing to the public to be cautious as they monitor the water level at the Calumpang River while the tropical typhoon Jolina is passing the Batangas province, Wednesday morning.

The historic Calumpang River divides the central commercial district with the new build-up zones and industrial zones in eastern and southern portion of the city, now accessible via three (3) bridges, two of which had collapsed in the past. The Bridge of Promise connecting barangays Kumintang Ibaba and Gulod Labac collapsed on October 31, 2009 due to typhoon Santi, while Calumpang (2nd) Bridge also collapsed in July 16, 2014.

Meanwhile, build-up areas are also being monitored as flood waters are nearing critical level at spillways in Barangays Pallocan West and San Isidro where many houses submerged to neck-deep floods last year and motor vehicles were swept away to the river bank.

Families are being evacuated but evacuation activities are a very big challenge to responding teams and to the CDRRMO as Batangas City recoded 150 new covid cases yesterday, the highest since the start of the pandemic.|