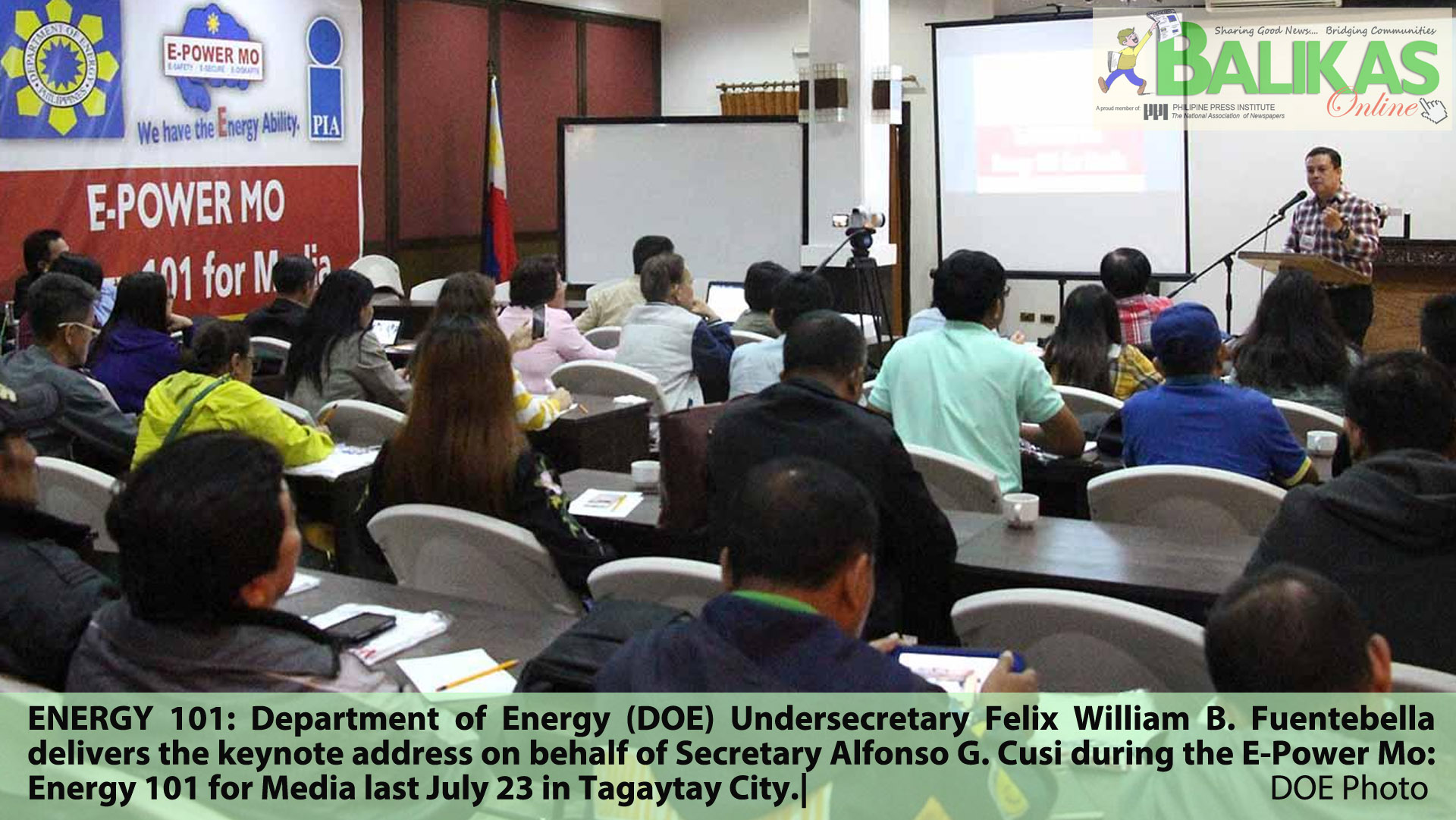 TAGAYTAY City – CREATING advocates for energy programs and initiatives, the Department of Energy (DOE) in partnership with the Philippine Information Agency (PIA) gathered members of the media in CALABARZON for the E-Power Mo: Energy 101 held at the Hotel Dominique last Monday, 23 July.

Substantial reporting of energy-related issues requires at least a basic understanding of the industry. Thus, the seminar provided an overview of energy concepts, including the Department’s policies and programs.

“The reason we hold these forums is to broaden the awareness on the Department’s role in nation building, if not, to clarify the DOE’s role in the energy sector in order to correct any misconceptions about its capacity as a policy making body,” said Energy Secretary Alfonso G. Cusi in his keynote speech delivered by Undersecretary Felix William B. Fuentebella.

Usec. Fuentebella noted that the DOE values the role of the media as its partner in the dissemination of information about the Department’s policies and programs.

However, he pointed out that there are only a handful of economic writers and even fewer who specialize in energy concerns who could enlighten the public on crucial issues.

With the conduct of such seminars, the DOE hopes to narrow the understanding gap by simplifying energy-related technical terms for better and wider reader appreciation.

A total of 83 participants from print, radio and TV operating in region IV-A attended the seminar.

This event is part of the E-Power Mo movement, which continues to educate stakeholders and consumers alike for a more advantageous utilization of energy information.

The next Energy 101 for members of the media will be held on 15 August in Iloilo City. A session for the Mindanao media group will likewise be held on 16 October in Cagayan De Oro.