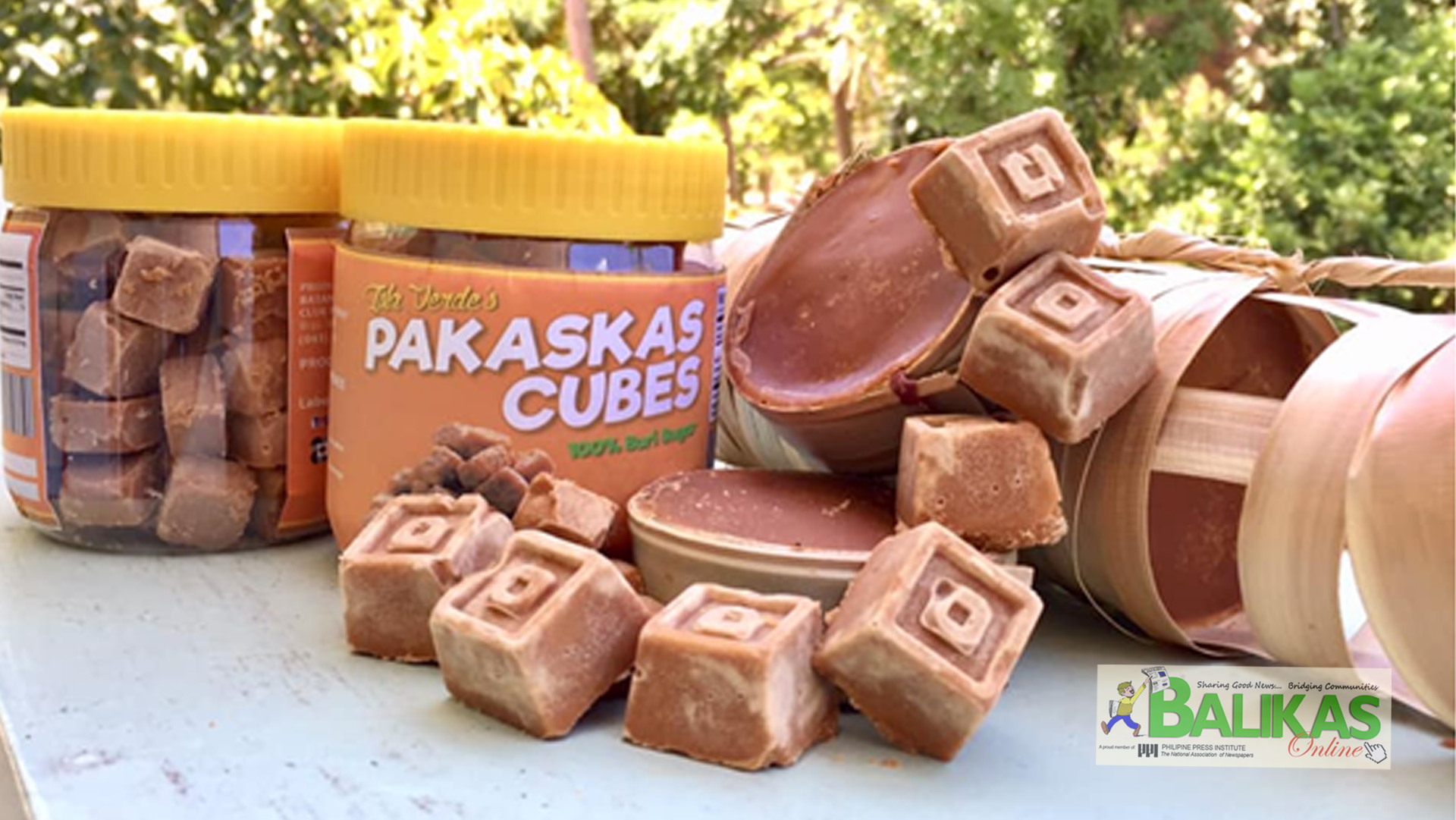 IN an island where the unearthed capture of the world’s richest marine biodiversity is home, DOST Batangas has proven itself faithful to the mandate of bringing Science and Technology (S&T) closer to the people.

Verde Island, popularly known as Isla Verde, located between the islands of Luzon and Mindoro is a big chunk of the world’s center of the center of marine shorefish bio-diversity. It is composed of six barangays and is home to over 7,000 residents. More than the island’s rich marine biodiversity characterized by its pristine clear waters and amazing underwater treasures, Verde Island is known for its sweet tooth delicacy known as “pakaskas”.

Pakaskas or buri sugar is a sweet delicacy from buri palm sap, cooked and molded in round-shaped dried palm leaves called “kasitas”. This local produce has continuously sustained lives of people in Isla Verde serving as their livelihood. Over the years, it constantly satisfied every tourist’s taste buds making it known not only in Batangas City but at the expanse of the country. It has established its uniqueness as a native product of the Verde Island which likewise symbolizes the culture of hardworking people of the island.

In order for pakaskas to conquer bigger markets, its process standardization and shelf life prolongation are at a high significance. More than this, product applications are also deemed relevant to facilitate more market opportunities for pakaskas. Yet, making its process food safety – compliant is also aimed.

Pursuing this undertaking, DOST Batangas made ties with the Batangas City’s Office of the City Veterinary and Agricultural Services (OCVAS) and the Institute of Food Science and Technology (IFST) – University of the Philippines Los Baños.

An environmental scanning and community development orientation among the pakaskas producers in Brgy. San Agapito was pursued prior to the conduct of the technology training. Personnels of DOST Batangas – John Maico Hernandez, Ellgine Libao, and Ellen Grace Valenzuela — facilitated this activity rooting from the prime objective of making an association of pakaskas producers.

Development plans agreed upon were the formal formation of the association including its registration and the suggestion to establish a central processing facility for pakaskas production with a chain comprising the tuba (sap) harvesters, processors, and marketing arms.

According to punongbarangay Edmar A. Rieta of San Agapito, the pursuit towards inclusivity of growth for pakaskas producers will only be attained if they will have the nerve to unify and make production centralized.

Prior to the conduct of technology demonstration, IFST experts, Ms. Claire S. Zubia and Mr. Romel M. Felismino, reviewed the traditional process practiced during pakaskas production. This in place has resulted to a healthy discussion of standardizing their processes to always yield pakaskas of same quality and shelflife thus uphold consistency further.

In an observation conducted during the pakaskas processing of Nestor Delgado and his wife, they revealed the strong need to prolong the product shelflife. This is deemed much more significant during rainy season where their products last for just about a week. In terms of process, they shared that they inherited it from their ancestors which they still continue up to this day. To Mr. Delgado, pakaskas products’ quality and consistency vary according to producers and a great factor of this must be on their knowledge about the process.

Packaging process for each product was also demonstrated to pakaskas producers. The implementation of the Grants-In-Aid project entitled “Packaging Technology Upgrade of the “Pakaskas” (Buri Sugar) of Isla Verde, Batangas City” was pursued herewith. Among the objectives of the project are to process buri sugar into cubes and to vacuum pack the traditional pakaskas (buri sugar) sealed off in “kasitas”.
Furthermore, Basic Food Hygiene was integrated in every product processing demonstration.

How pakaskas was able to sustain lives of the people in Verde Island is evident on every testimony of producers who were able to send their children to school, build homes, and establish small business. Yet for a much bigger opportunity awaiting them, DOST Batangas commits to assist them by bringing science and technology.|#BALIKAS_News