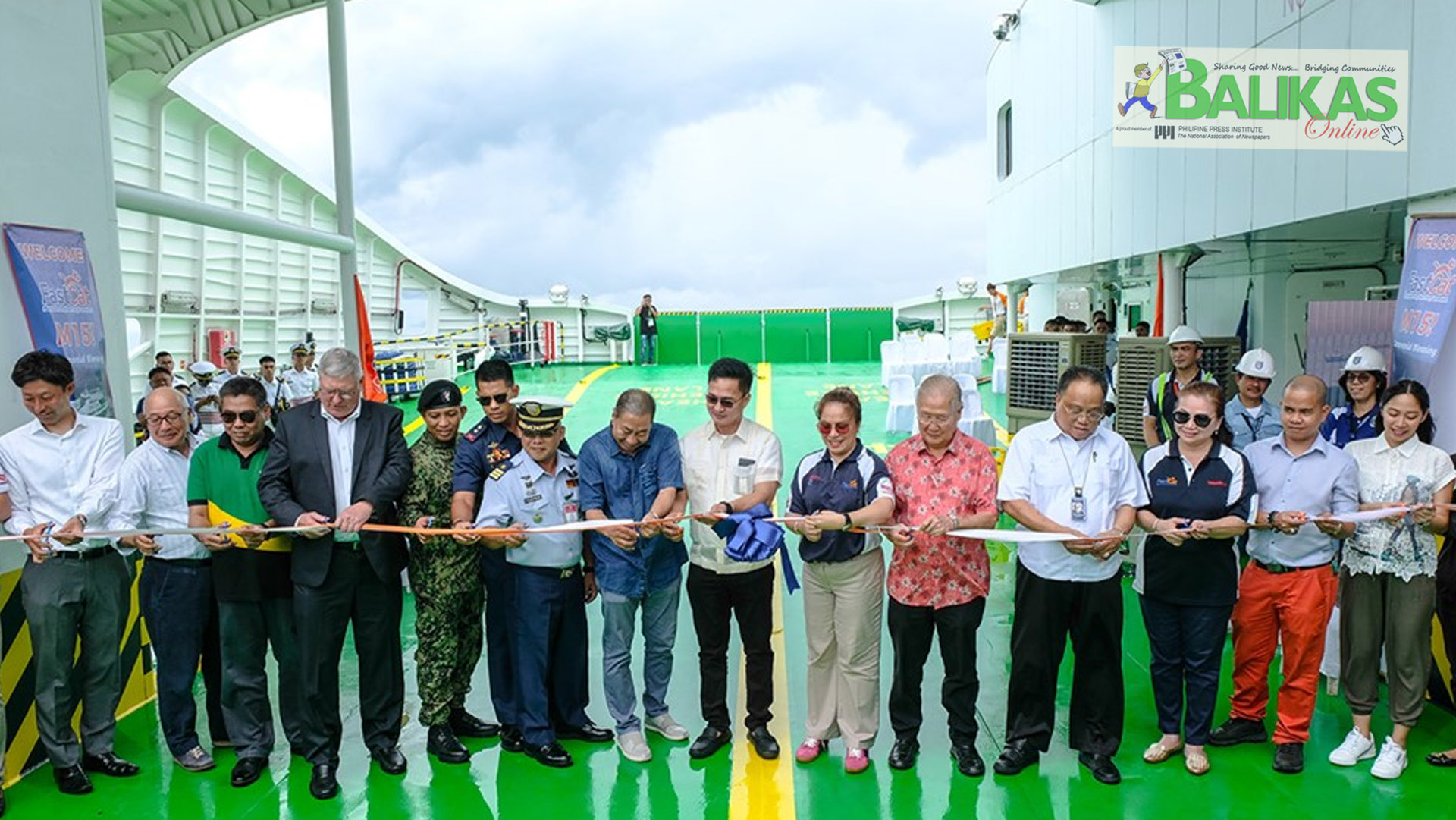 This after APFC inaugurated its 13th vessel— the FastCat M15 — which will soon augment the existing Batangas City – Calapan City route, and later on the Batangas-Mindoro-Palawan route at the backbone of the Strong Republic Nautical Highway (SRNH). Another new vessel arrived bringing to 14 the whole fleet to serve the country.

Fastcat M15 which cost APFC US$8.3 million or P423.3 million was designed in Australia by Sea Transport Solutions and built in a shipyard in Hong Kong. Its engine, on the other hand, was from Japan.

Compared to its existing vessels, the FastCat M15 has upgraded amenities, new facilties, newer navigational system, higher horse power, and with a capacity of carrying 34-40 cars, 7-8 trucks or buses with 361 seating capacity for passegers.

It has a 10-seating capacity cabin with its own comfort room for senior citizens and persons with disabilities (PWDs), business, tourist, and economy class.

APFC president and chief executive officer Christopher Pastrana said the 54-meter M15 vessel can travel from Batangas to Calapan in one hour and 45 minutes which will speed up passenger transfer and boost the movement of products and goods in the said provinces.

Prior to the arrival of the two (2) new vessels, FastCat has 12 vessels plying 9 routes nationwide:

The 13th vessel FastCat M15 will serve as addition to the routes of Batangas to Calapan.

Pastrana also announced that the route from Mindoro to Coron and El Nido will have a schedule of 3 times to 4 times a week and would open before the December holidays.

“We want to open the route hopefully before December, tinatapos na lang ang kalye sa Coron but the port is finished already both in El Nido and Coron,” Pastrana said.

Mr. Pastrana added this will also help lessen the cost of the transportation of agricultural products from Mindoro to Palawan and vice versa with the help of the roll on, roll off system to give easier access and strengthen the trade between each province.