Fishermen in a mining community harvest 12,000 kilos of bangus in 4 months 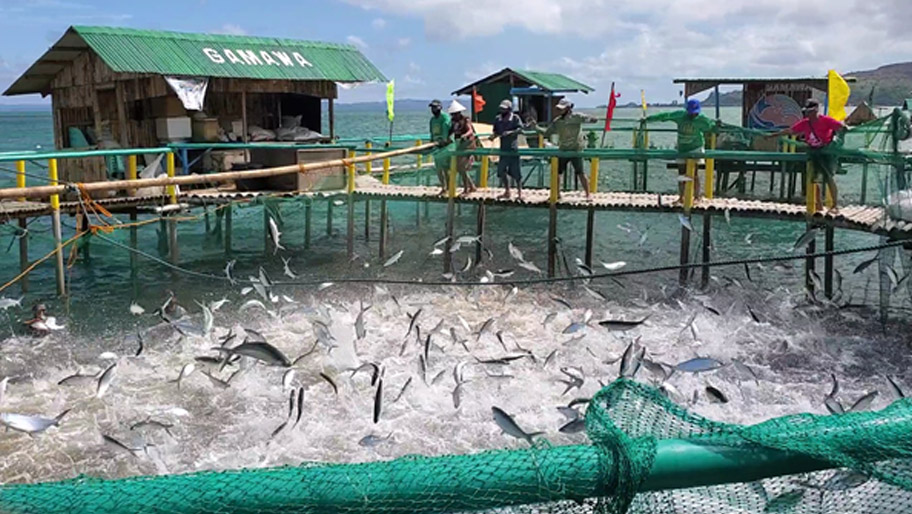 This is the very much true with the Mindanaoans hosting Nickel Asia’s Taganito Mining Corporation (TMC) in Surigao del Norte.

Republic Act 11535, declaring the position of a Cooperatives Development Officer (CDO) mandatory in all local government units (LGUs), was signed into law last April 9.   This directs the LGUs – from the municipal, city, and provincial levels – to appoint its own CDO.

In Taganito Mining Corp. (TMC), a CDO is a regular job description – someone in charge of identifying promising groups in different sectors in the communities to guide and assist them in organizing their own cooperatives.

Edelina E. Peraz is the Community Development Coordinator at TMC and she says “as a mining company, TMC is tasked by law to ensure social and economic development of the communities and we have long acknowledged the significance of a successful cooperative to achieve this.”

One of the organizations that Peraz has been assisting since its inception is the Gagmay’ ng Mananagat sa Wangke (GAMAWA), a cooperative of small fishermen in barangay Wangke, in Claver, Surigao del Norte.

The success of GAMAWA also showcases the effective leadership of its president, Felix Saranza.

“It is important to understand the interests of the individual member and of the whole group, to keep the organization intact, until everyone gets the taste of the fruits of everyone’s labor,” says Saranza.

“It is a democracy, I cannot decide until everyone involved agrees, so it can be very hard sometime, but in the end, it is all worth it because members actively participate when they know they have a say in decision making,” Saranza adds.

“We owe all our accomplishments to the support of TMC,” Saranza declares.

“In a cooperative where you have members with different personal quirks, different economic challenges and demands, different issues, you need a strong leader who is respected by everyone to keep things together, and Mr. Saranza is perfect for the role” explains another CDO, Judy B. Urbiztondo, Senior Community Development Specialist for TMC.

Urbiztondo says the Co-op of GAMAWA has gone through a lot of challenges and sacrifices that taught the members valuable life lessons that got them to what they enjoy today – a strong cooperative and a sustainable livelihood.

But success, according to the TMC CDOs, means the cooperative to be able to grow the fish farm bigger to better the lives of its 21 members for years and years to come.

Since 2017, TMC has inputted an accumulated fund of some P5.5 million pesos from the mining company’s Social Development Management Program to help GAMAWA build state-of-the-art fish cages in a 450-square meter area with 3 chambers that can handle 30,000 bangus fingerlings in a single cropping.

“Taganito Mining’s partnership with GAMAWA aims to prove the strength of a collaborative effort between the mining company and its communities toward a shared goal of empowering cooperatives,” explains Engr. Artemio E. Valeroso, Resident Mine Manager at TMC.

Valeroso adds that another worthy take away from the success story of GAMAWA are the information from the members that help define how communities can actually take active part in the success of economies.

Taganito Mining is located in Claver, province of Surigao del Norte. Its area of operations is within the Surigao Mineral Reservation.|-BNN