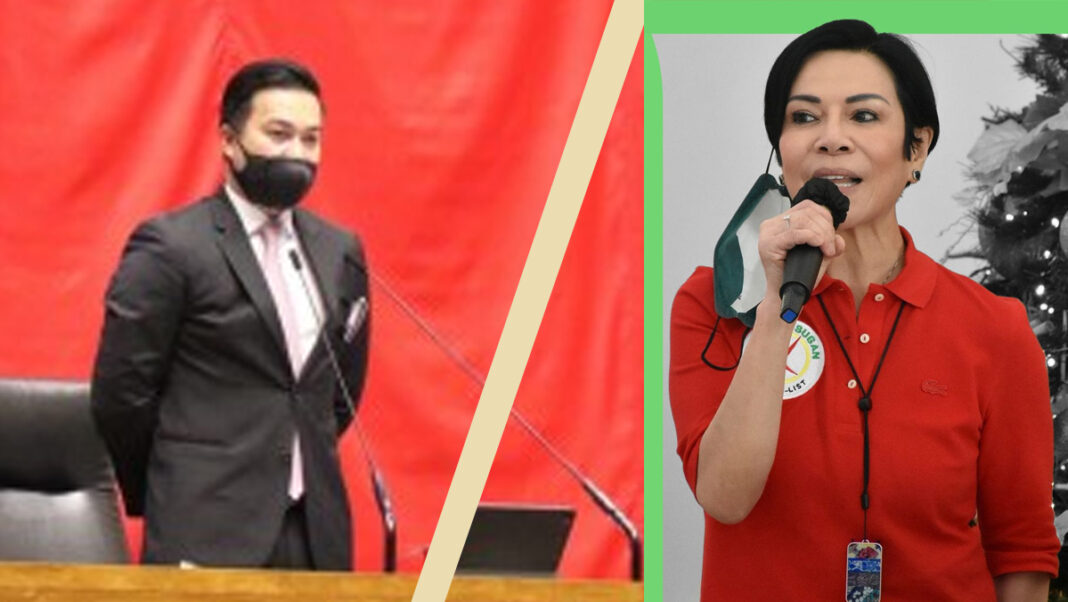 THE Batangueños are one with its governor for the untimely demise of the latter’s spouse last Thursday, May 5.

Governor Hermilando I. Mandanas’ wife, lawyer Regina O. Reyes-Mandanas, also known as Ate Gina,died of infection at the Makati Medical Center after one of her legs had been amputated two days earlier.

Ate Gina has played an active role in the capitol assisting the governor as President of Samahang Batangueña and of the Provincial Women’s Coordinating Council.

A former congresswoman of the Lone District of Marinduque, the late Ate Gina was the president of the Montemaria Asia Pilgrims, Inc. (MAPI), and the Abacore Holdngs Corp.
Meanwhile, House Speaker Lord Allan Velasco on Thursday night also expressed his condolences over the death of the former Marinduque congresswoman.

Velasco said Reyes-Mandanas will be remembered by the people of Marinduque and Batangas for her wit, wisdom, and style, as she served her home province of Marinduque as provincial administrator and as a representative, as well as first lady of Batangas.

“We are deeply saddened by the untimely demise of former Marinduque Rep. Regina Reyes-Mandanas, whom we fondly called Ate Gina,” Velasco said in a statement. ” Her legacy of public service will never be forgotten.”

“Words fall short of expressing our sorrow and we stand with you during your time of grief. Ate Gina will always be remembered as a friend and beloved daughter of Marinduque,” he said.

In a statement posted on Facebook, Anakalusugan sought prayers for Reyes-Mandanas, its nominee, and encouraged the public to support her cause through the party list.

“We ask for prayers for the repose of the soul of Anakalusugan #51 Partylist nominee and former Congresswoman, Atty. Regina Reyes Mandanas, wife of Governor Hermilando Dodo Mandanas,” it said.

“Although Ate Gina has gone to the Lord ahead of us, let us continue her fight for libreng pagamot (free medicine), through her party-list ANAKALUSUGAN #51,” it added.

According to the Batangas Public Information Office, Reyes-Mandas has undergone a leg operation to stop the spread of infection.| – BNN/PNA