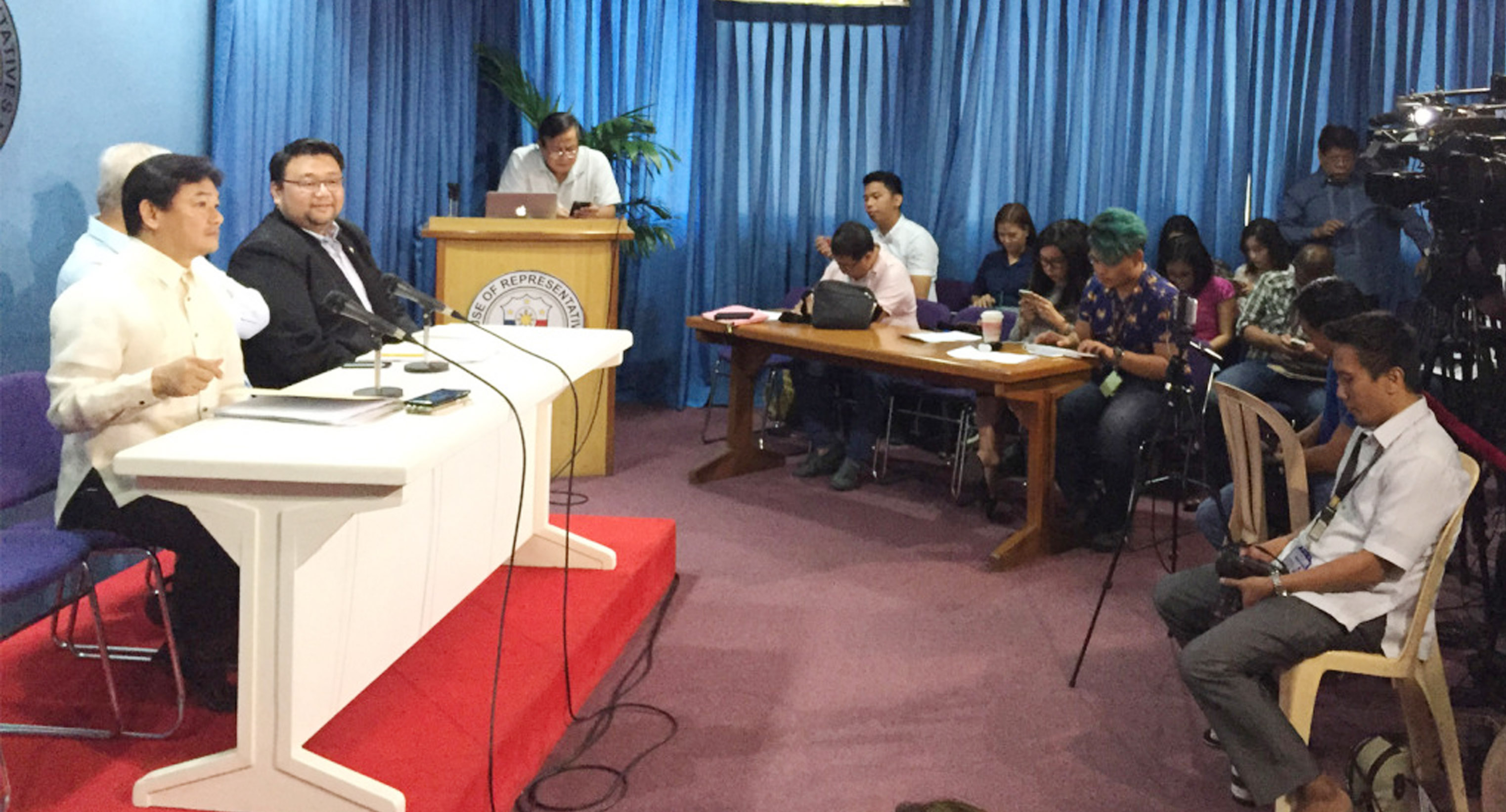 DEPUTY Speaker and Batangas Congressman Raneo Abu reports on the accomplishments of the House of Representatives during the last press briefing before session adjourns on Wednesday, March 22, 2018.

“That’s one more measure processed per day compared to our performance from July 25, 2016 to December 13, 2017, where we were able to process an average of 14 measures per session day.” Abu added.

Out of these 653 measures approved, 60 bills were enacted into law, 22 of which are bills of national importance, 37 local bills and one was a resolution of Congress.

For the same period, the House approved on third and final reading a total of 392 bills as well as 10 measures approved on second reading, including 144 resolutions and report on motu proprio inquiry adopted.

“If we would restrict our focus from January 15 to date, the data indicates that for this period the House approved on third and final reading a total of 25 bills, which include several measures of national importance, including HB 690, which strengthens the security of tenure of workers; HB 6689 – Granting full insurance coverage to all qualified CARP beneficiaries; and HB 6834 – Strengthening the right of people to free expression, and to peaceably assemble, among others.” the Deputy Speaker said.

Recently, President Duterte urged leaders of Congress to approve before the end of May the proposed Bangsamoro Basic Law. The House committees on local government and Muslim Affairs as well as the special committee on peace, reconciliation and unity are working to fulfill this commitment.

“Let me also note that the House committee on constitutional amendments is hard at work in preparing a draft federal constitution so that it can be presented to the Filipino people for approval in a plebiscite that hopefully can be held by October this year.”

According to Deputy Speaker Abu, aside from purely legislative matters, the House too is actively supporting the anti-corruption drive of Pres. Duterte by conducting investigations in aid of legislation on alleged irregularities in government.

Among the most recent hearings conducted by the Committee on Good Government and Public Accountability include the controversial P3.5 billion Dengvaxia program, the P9.3 billion project for barangay health stations, and the alleged misuse of Philhealth funds for senior citizens.

“Also today, the Committee on Justice has approved  its committee report finding probable cause to impeach Supreme Court Chief Justice Ma. Lourdes Sereno, as well as the accompanying Articles of Impeachment.”

“Modesty aside, I believe these achievements constitute solid indication that the House of Representatives, under Speaker Alvarez, is exerting all effort to fulfill its mandate and its commitments to the Filipino people.” Abu ended.|PMA/#BALIKAS_News