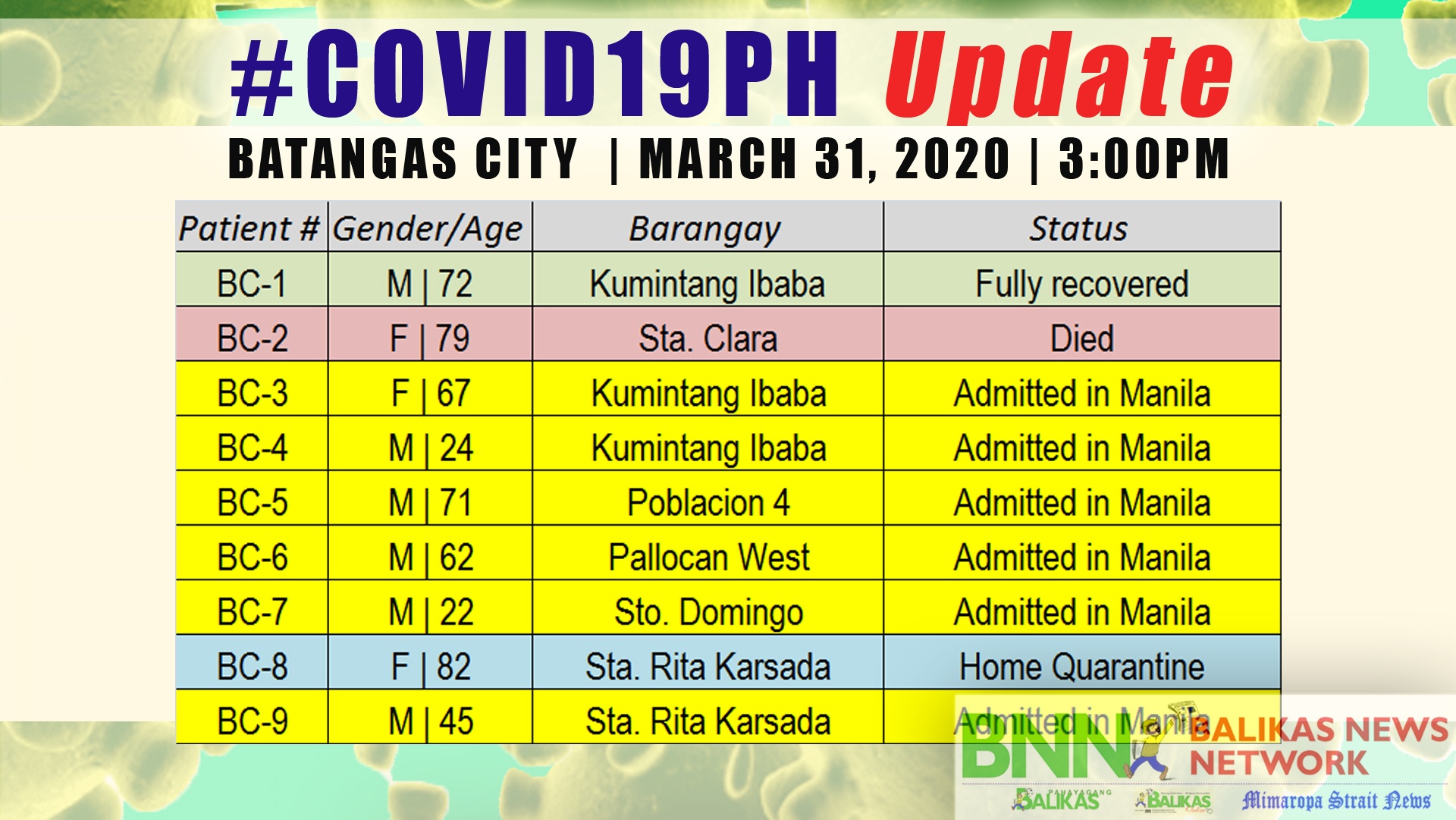 A review of the patients reported by the City Health Office (CHO) revealed that only three (3) of them are females. Also, majority of the patients or six (6) of them, irrespective of gender, are senior citizens aged 62 to 82 years old. The youngest however among the patients is a 22-year old male who have no travel history abroad but has travelled outside the capital city.

According to the report, the said patients came from six (6) barangays of the city, namely – three (3) in Kumintang Ibaba, two (2) in Sta. Rita Kalsada, and one (1) each in Sta. Clara, Poblacion 4, Pallocan West and Sto. Domingo.

Of the nine patients, CHO said that the first patient (PH49) has fully recovered, although his sister (PH52) unluckily failed to combat the disease and died on March 20. Interesting to note, of the seven remaining patients, the 8th patient who is the eldest among them has been discharged from a hospital and is now on home quarantine in Metro Manila. All of the other Batangas City are admitted in different health facilities in Metro Manila.

As of the last tally released by the Batangas City COVID-19 IMT, there are at least seven (7) persons under investiogation (PUIs) in the city who are currently admitted in hospitals, and 21 has been discharged from confinement while one has died.| – BALIKAS News Network