‘No turning back from presidential bid’ – BBM 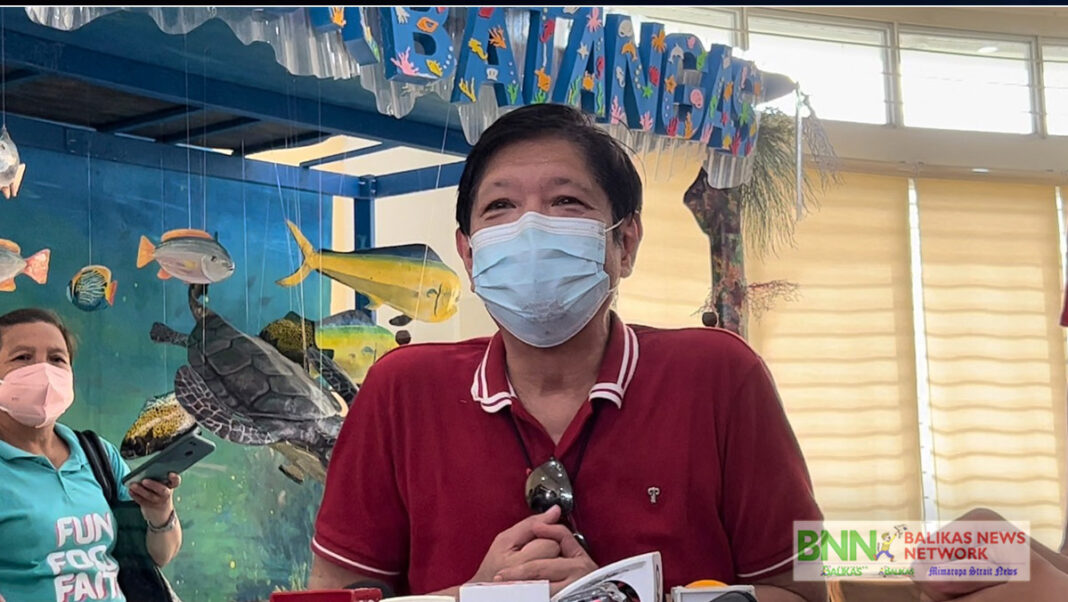 BATANGAS City – “I will run for President.. I can only speak for myself, and I can’t speak for whatever political plans they may have..”

Bongbong Marcos said that since the moment he decided to file his Certificate of Candidacy for President (COC), he made it a point that he will run for the position to the end. “May Marcos bang umaatras sa laban? (Is there any Marcos retreating from a fight?)”, he asked the thousands of supporters gathered at the Batangas provincial capitol grounds, Friday afternoon.

Mayor Sara has since declared her support to Marcos’ presidential bid.

Meanwhile, Marcos graced the caravan in Batangas organized by BBM Movements of Batangas, Quezon and Cavite where Batangas governor Hermilando I. Mandanas welcomed him at the capitol grounds.

Businessman Alex Yap said the volunteers and supporters mobilized the caravan that started in Lipa City down to Batangas City. After the short program in the capitol grounds, the caravan moved to Taal and Nasugbu, before proceeding to Cavite.

In Lipa City, majority of the mayors of Quezon province met Marcos and had a short meeting with them before meeting with Batangas’ mayors in Batangas City led by Philippine Mayors League- Batangas Chapter president and San Jose mayor Valentino Patron.

Mandanas is running for his third and final term as governor under PDP-Laban.