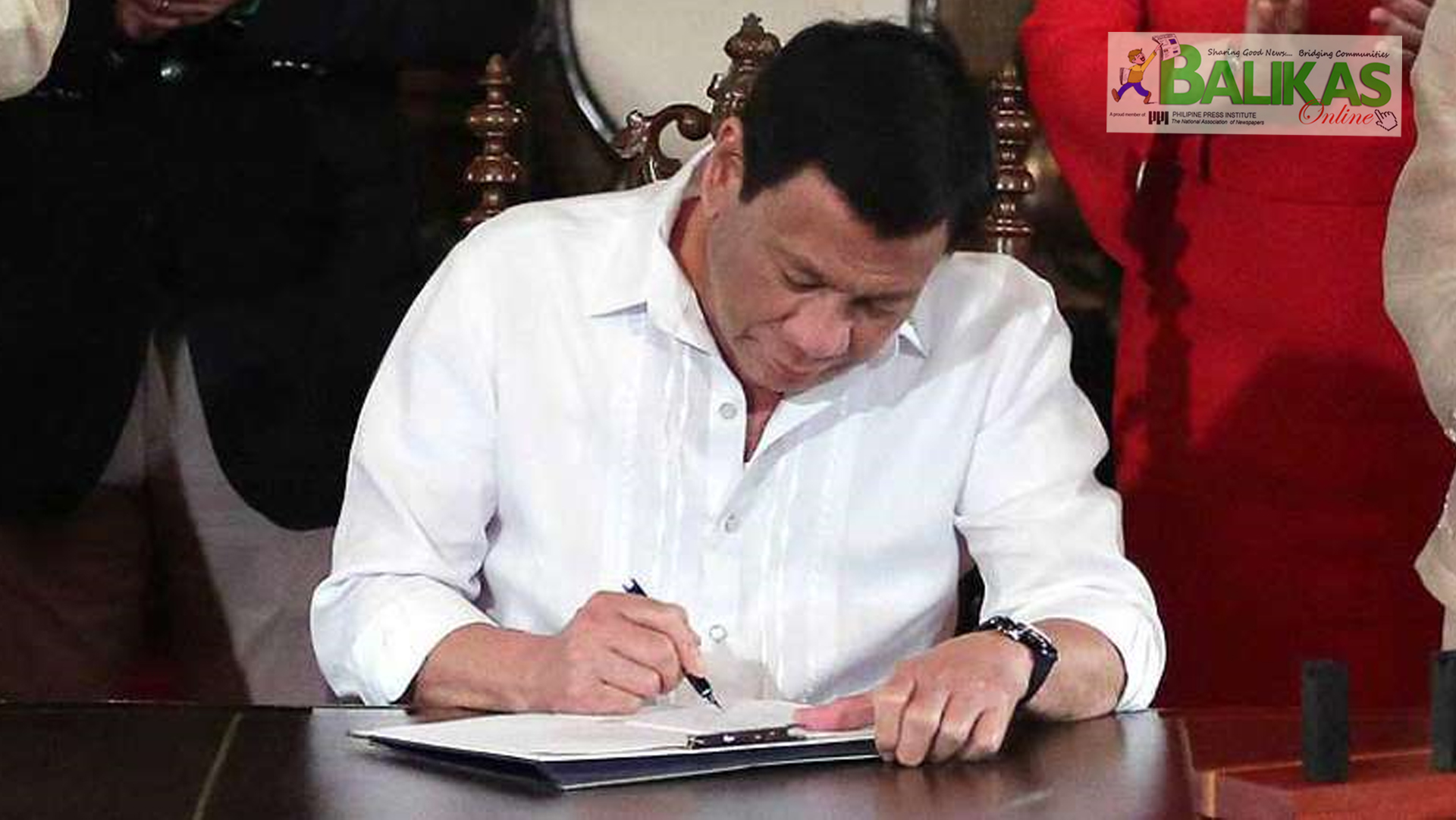 PRESIDENT Rodrigo Duterte has finally signed the very much controversial PhP 3.757 trillion national budget for the Fiscal Year 2019, also known as the 2019 General Appropriations Act (GAA) or the Republic Act No. 11260, at the Study Room in Malacañan Palace.

However, the President vetoed the P95.3 billion worth of appropriations of the Department of Public Works and Highways (DPWH) for not being “part of the President’s priority projects.”

The government has been operating on a reenacted budget since January as lawmakers engaged in prolonged dispute over insertions purportedly favoring projects of certain lawmakers.

The proposed 2019 national budget was forwarded by Congress to Malacañang only last 26 March and Duterte scrutinized it since then until it was finally signed on Monday.|#BALIKAS_News