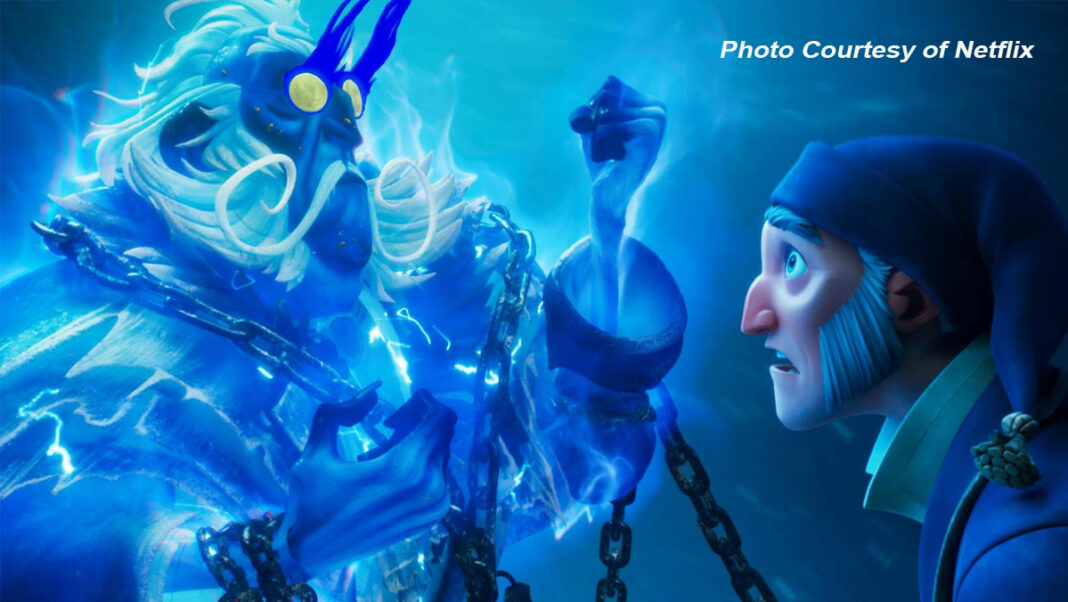 ON a cold Christmas Eve, selfish miser Ebenezer Scrooge has one night left to face his past — and change the future — before time runs out.

“…Charles Dickens’ ageless legend is reborn in this supernatural, time-traveling, musical adaptation of the definitive Christmas story. With his very soul on the line, Scrooge has but one Christmas Eve left to face his past and build a better future…”

“There are more than enough psychedelic, time-travelling and musical surprises to keep those familiar with the story on the edge of their seats”, said director Donnelly about his new film.|