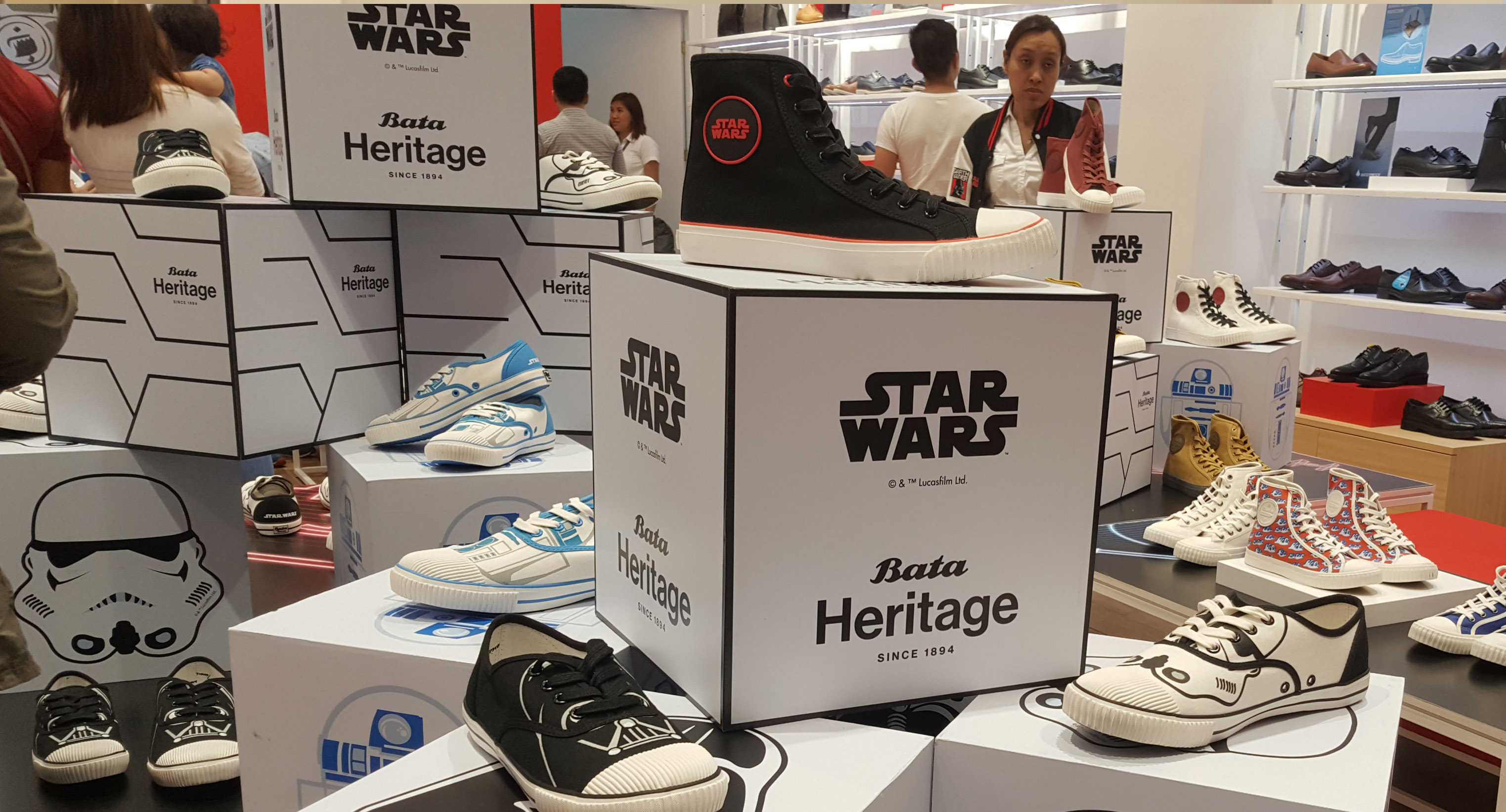 The grand opening is also coincided with the launching of its Star Wars x Bata Heritahe Shoe Collection. The event was made more meaningful as customers were treated with 15% off on regular items. 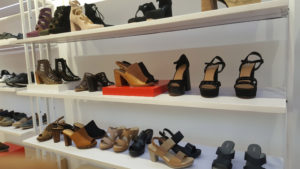 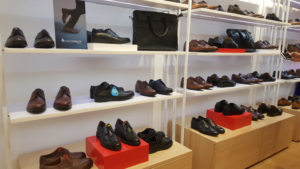 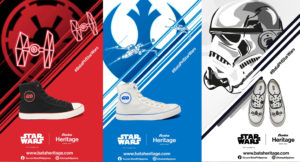 “The retro feel of the original Star Wars by George Lucas was the starting point of the collaboration, as it echoes the legacy of Bata, a company started in 1894 that still produces its iconic styles today,” says Charles Pignal, Bata Group Heritage Director. 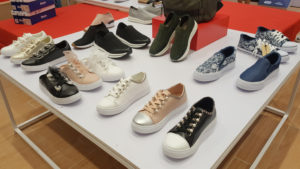 Originally created in 1964 to shoe the Baltimore Bullets basketball team, the Bata Bullets was relaunched in 2016 as a testament to the brand’s value of endurance. For this collaboration, the Bullets come in high-top versions in black or white canvass, with red or blue “Star Wars’ rubber patch on the side and matching piping around the shoe as well as top eyelet. The iconic light saber from the movie is featured at the back of the sneaker, which is lined with an allover pattern that is the combination of the Light Side and Dark Side of the Force symbol.

The first Bata Tennis shoe has been manufactured since 1936 in India for school children to wear for their Physical education classes and continues today to be one of the brand’s best-selling shoe. For SS18, the low-top version has been revamped with tri-colored graphics of Darth Vader, R2D2 and the Storm Trooper. Both Vader and the Troooper’s drawings are available in white, black and grey, while R2D2 comes in a white, blue and grey combination.

Bata was founded by Tomas Bata in 1894 in the village of Zlin, in what is now the Check Republic. To fulfill his objective to “shoe mankind”, Bata developed many shoe-making techniques and pioneered responsible capitalism, as he believe that the purpose of business was to serve customers, employees, and communities.

Company towns called “Batavilles”, which featured employee housing, schools and other facilities, were built across the world as the company expanded. Today, Bata remains a family business that serves one million customers a day around the world and maintains its focus on corporate social responsibility. Event though it is a global company, now headquartered in Switzerland, the brand caters to the unique local needs of customers in countries across Europe, Africa, Asia and Latin America, where it is honored to be considered as a trusted local brand.

In 2014, to celebrate its 120th anniversary, Bata launched its Bata Heritage collection to showcase heritage products from its vast archives of shoes that had a real impact in many different countries. 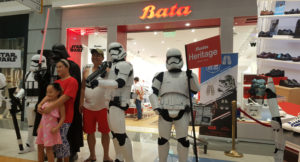 Today, Bata has a presence in 70 countries and operates over 5,000 international retail stores. The brand sells more than one million pairs of shoes a day.

In the Philippines, since the opening of the first Bata store in SM Megamall in 2017, Bata increased its branches in SM Makati, SM Mall of Asia, SM City Marikina, SM City Fairview, and now, in SM City Lipa. The brand, however, is also available in SM Stores nationwide.

As the Bata store opens in Lipa, may The Force Be With You, dear Star Wars fans! Come and pick your choice of a pair. It’s your chance now to grab a limited edition Star Wars x Bata Heritage collection, or other styles of your choice.|