The Witcher S1 Ending Recap: Where We Left Off With Geralt, Yennefer, Ciri, and Our Favorite Bard, Jaskier 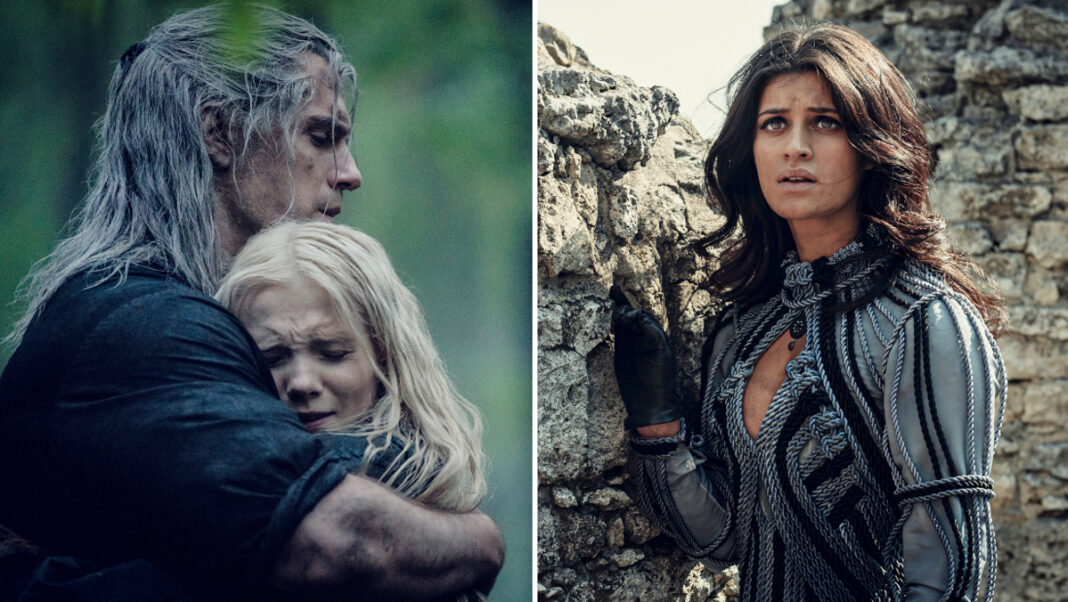 Much like how long it took for Geralt to finally meet Ciri in Season 1 of The Witcher, it feels like we’ve been waiting just as long for Season 2. The wait is finally over! As The Witcher Season 2 premieres today on Netflix here’s a quick recap of where we left off Geralt, Yennefer, Ciri, and our favorite bard, Jaskier in the Season 1 finale.

YENNEFER TURNS THE TIDE AT THE BATTLE OF SODDEN

The events and eventual convergence of timelines in Season 1 culminated in the epic Battle of Sodden Hill, which pitted the Brotherhood of Sorcerers — Yennefer among them — against Nilfgaard’s forces, led by Cahir the Black Knight and sorceress Fringilla, in a bid to prevent the Nilfgaardian Empire from invading the rest of the Northern Kingdoms.

With preparations to reinforce the strategic keep of Sodden Hill still underway and the Northern armies yet to arrive, Yennefer and the mages were caught unaware when the Nilfgaaardian army launched their attack. As the battle raged on and with Nilfgaard closing in, Yennefer — who was sent to the tower to help direct the mages’ defenses while fending off attackers at the same time — telepathically called out to her fellow mages to no avail.

Just when all seems lost, and at her mentor Tissaia’s urging, an injured Yennefer decides it is now her turn to save the Continent. Making her stand for one last time, the sorceress absorbed the inferno that was consuming the keep and unleashed her chaos on the Nilfgaardian army before seemingly disappearing from the battlefield.

DESTINY PREVAILS FOR GERALT AND CIRI

Geralt of Rivia has had a terrible, horrible, no good, very bad couple of years.

After losing Yennefer’s affections and pushing his BFF Jaskier away in a moment of fury, the monster-hunter found himself thrown into a dungeon when he arrived at Cintra to invoke his Law of Surprise and claim Princess Ciri to protect her from the inevitable Nilfgaardian invasion. When Nilfgaard attacked, Geralt managed to escape and tried looking for Ciri, only to realize that she was long gone.

Continuing his search for Ciri, Geralt came across a merchant and defended the latter from ghouls, but was wounded and lost consciousness. In his delirium, Geralt dreams of Yennefer, Renfri, and his mother Visenna, who abandoned him as a child, before waking up to find himself on the merchant’s cart.

Meanwhile, Ciri, who has been fending for herself after escaping Cintra, was discovered by old friends who turned on her. In the ensuing struggle, Ciri suddenly releases a magical pulse and speaks a prophecy before blacking out. She is later awakened by a woman she met earlier and realises that the clearing had been pulverized, with her attackers lying dead around her. The woman brought Ciri back to her farm, and that night, Ciri dreams of Geralt calling out for Yennefer in his dreams. #inception

As fate (or destiny) would have it, it turns out that the merchant who saved Geralt is actually the woman’s husband, and upon hearing about a girl heading into the woods, Geralt follows suit, where the duo finally meets.

Then, Ciri looked up at Geralt and delivered the final line of the season – “Who is Yennefer?”

WAIT, WHAT ABOUT JASKIER?

Geralt’s self-proclaimed BFF and marketing manager’s last appearance was actually in Episode 6, when he accompanied Geralt on a quest to slay a dragon. One thing led to another, and in a fit of anger and frustration, Geralt lashed out and blamed Jaskier for all of his recent troubles, saying that if life could give him one blessing, it would be to take Jaskier off his hands.

In the upcoming season, Geralt — believing that Yennefer’s life was lost at the Battle of Sodden — brings Ciri to the safest place he knows, his childhood home of Kaer Morhen. As for Yennefer, it is soon revealed that the sorceress is still alive but taken prisoner by Fringilla and what remains of the Nilfgaardian army.

From left: Ciri, Geralt, and Yennefer in The Witcher Season 2.

And yes, our favorite bard is back!