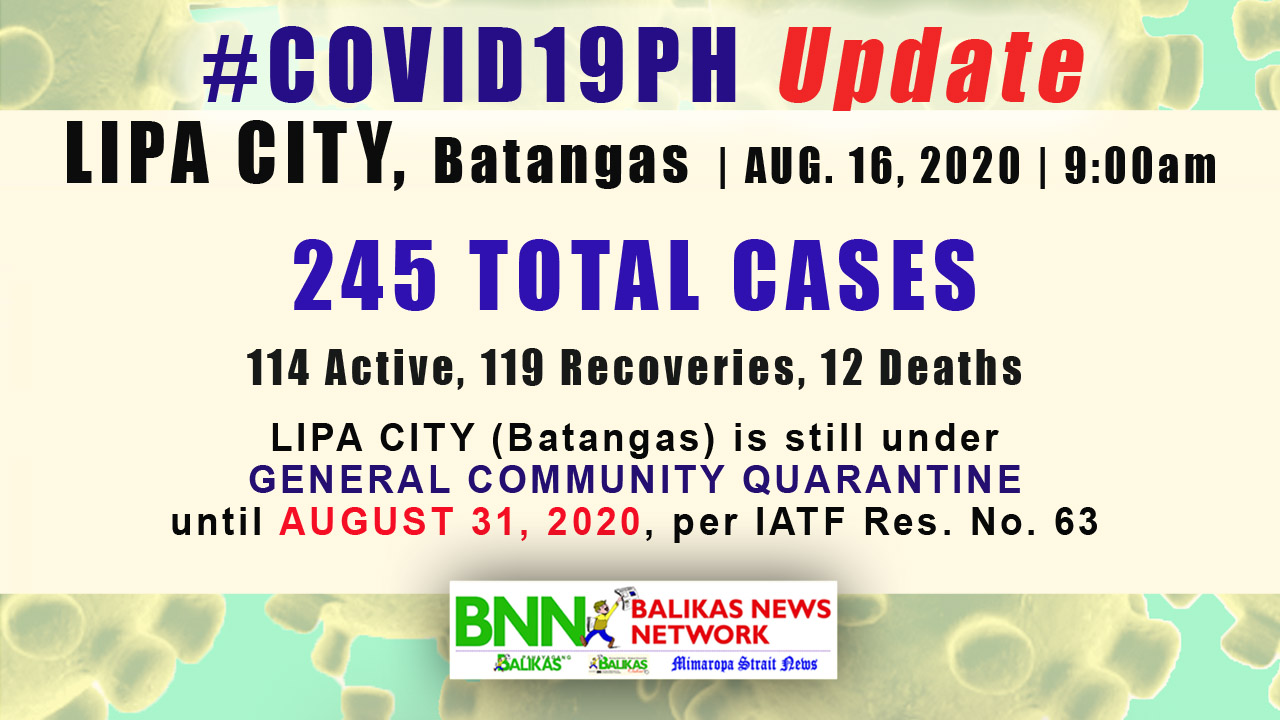 Among the new cases reported is a 42-year old man of Barangay Bolbok who died on Friday, Aug. 14, but before he died, a swab specimen was collected for RT-PCR testing, the result of which was released only this Sunday morning, or two days after his death.

Complaints from the neighborhood started to flood Mayor Africa’s official social media page on why a wake at home was permitted given the situation that the deceased is a a suspected Covid-19 case.

A relative of the deceased explained that his cousin died of liver cirrhosis as indicated in his death certificate, reason why the hospital allowed the released of the remains to a funeral service provider.

However, the relative of the deceased maintained that after the family was informed of the result of the swab test confirming that the decased was indeed inflicted too with corona virus, the beveared family immediately advised the condoling visors to leave.

Instead of the scheduled interment on Tuesday, the remains will be laid to rest Sunday afternoon.| – BNN Reportorial Team