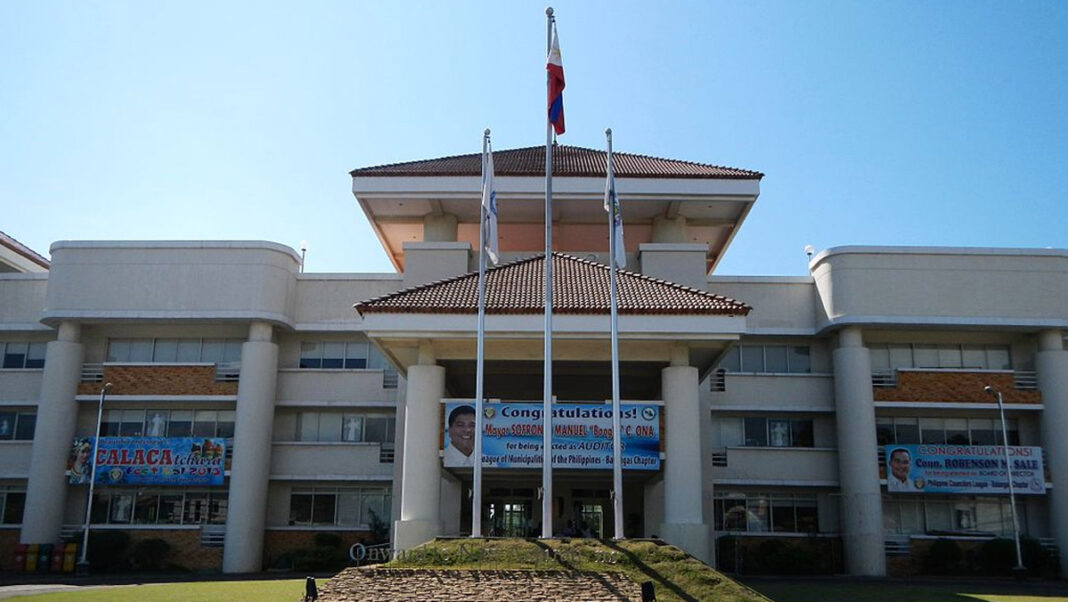 CALACA, Batangas – THERE are three reasons why Calaqueños don’t have to fear of increasing their real property tax (RPT) once the charter for the cityhood of Calaca is ratified by the majority of registered voters here, Mayor Sofronio Nas C. Ona, Jr. told BALIKAS News.

Ona took note of the big help to all local government units (LGUs) of the implementation of the so-called Mandanas ruling that will pave the way for all LGUs to get their fairer and bigger share in the collection of national taxes.

“The fact that once the so-called Mandanas ruling will be implemented, there would be a bigger IRA for the city, then there is no need to increase the local taxes,” Mayor Ona said. “We are very optimistic that the national government will finally implement the ruling on the case won by Governor Hermilando I. Mandanas many years back,” he added.

In the said case, Governor Mandanas petitioned the Supreme Court to compel the Department of Finance to give the LGUs their rightful share in the collection of taxes as provided by the Republic Act No. 7160 otherwise known as Local Government Code to which the highest court affirmed the legality of Mandanas’ position.

After so many years of non-implementation of the said Supreme Court decision, the national government is now keen on finally implementing the same in the coming year.

Mayor Ona also said that the local taxes collection will surely increase because once the cityhood charter is ratified, the real property taxes that Calaca will be collecting will be solely for the soon to be city of Calaca as it will not remit a big portion of it to the provincial government.

In addition, the third reason not to increase the taxation is the benefit of converting the municipality of Calaca into a component city as the internal revenue allotment (IRA) for cities are relatively higher than the IRA earmarked to the municipalities.

President Rodrigo Roa Duterte signed on March 26, 2021 the Republic Act No. 11544 converting the Municipality of Calaca into a component city of the Province of Batangas to be known as the City of Calaca.

Section 58 of the charter provides that no increase in the rates of the local taxes shall be imposed by the City within the next five (5) years following the acquisition of its corporate existence which will happen upon the ratification of the said act by the majority of the qualified voters.